The future counselor of the president suggests her kids are struggling to gain enrollment at D.C. private schools 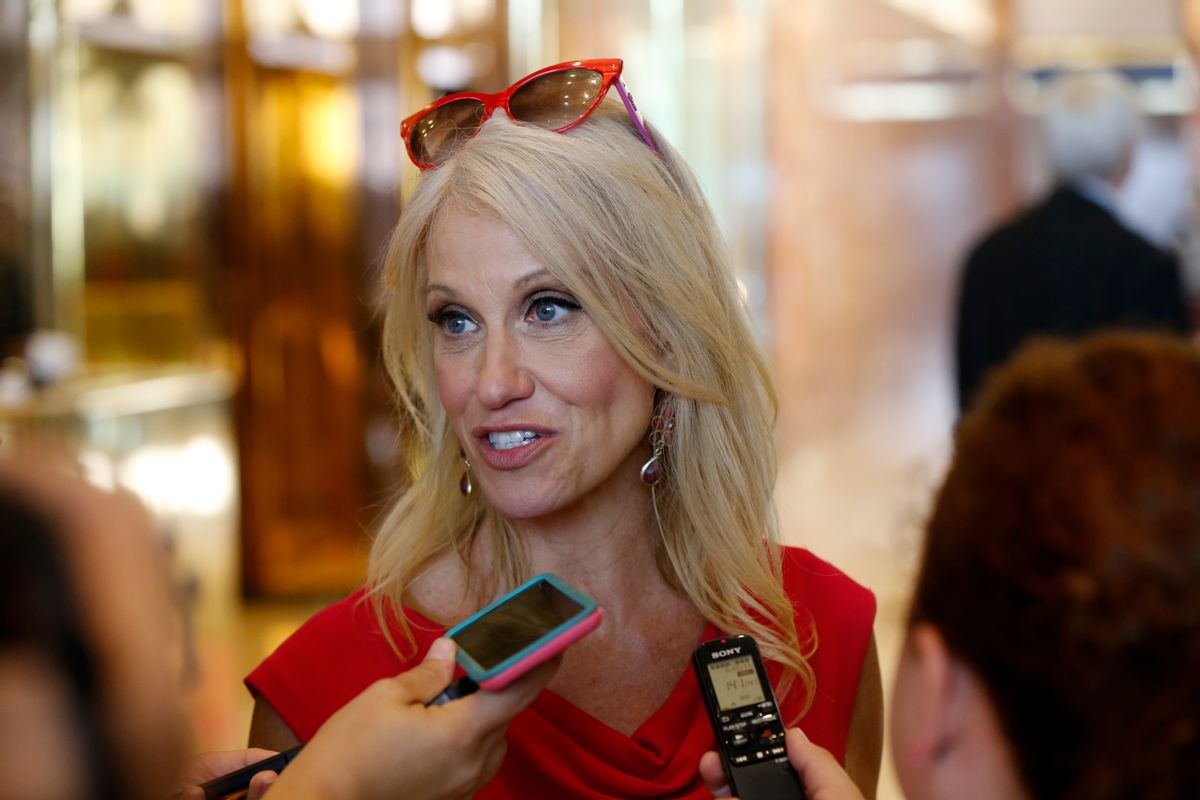 Kellyanne Conway successfully managed Donald Trump's campaign all the way to the White House, but now she can't even enroll her own children in a Beltway private school. Conway reportedly shared her concerns last week at her twins' current private school in Englewood, New Jersey, telling parents that the Washington, D.C. elite were barring her kids' admission.

According to Richard Johnson of Page Six, Conway believes prejudice against President-elect Donald Trump might prevent her children from receiving a private education.

Conway, who is set to be the counselor of the president, told Johnson: “I would not characterize myself as ‘worried’ so much as amused by the silence and sighs on the other end of the phone when friends and allies have made preliminary inquiries on our behalf.”

A source confirmed to Page Six that Conway is asking everyone with connections for help.

Conway took a tour of private schools in the D.C. area on Wednesday, but was reportedly disappointed with the double standards in the schools handbooks and websites, which all preach diversity and open-mindedness. Conway sardonically told Page Six: “For some, there is a comfort in sameness.”

But Conway's right-wing views shouldn't be a prohibiting factor. After all, D.C. is governed by conservative politicians and government workers.

Conway, a mother of four, is married to George Conway, who was the attorney who wrote the Supreme Court brief when Paula Jones sued former President Bill Clinton for sexual harassment.