"We ought to get on with our lives": Donald Trump breaks from President Obama's retaliation plans for Russia hacking

The president continues to seek justice in the election hacking, while the president-elect is so over it 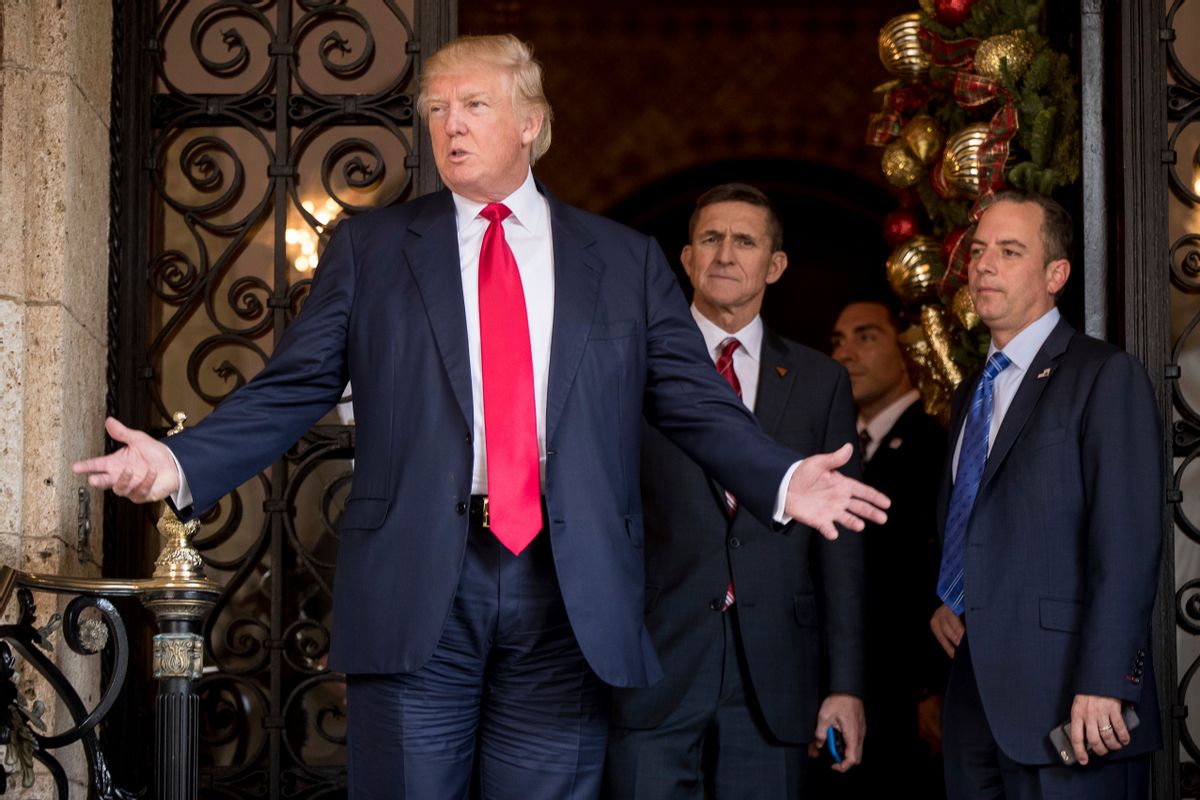 President Obama is planning on announcing a number of retaliatory measures against Russia to punish the nation for its hacking of the 2016 presidential election.

The retaliation, which could be announced as soon as Thursday, will likely include expanding sanctions and other diplomatic measures. Although the specifics are unclear, Obama's announcement will no doubt remind many of the sanctions imposed against Russia after its invasion of Ukraine in 2014. The United States, the European Union, and other nations sanctioned Russian individuals, businesses, and officials, contributing to the Russian financial crisis that also started in 2014.

"If Washington really does take new hostile steps, they will be answered . . . any action against Russian diplomatic missions in the U.S. will immediately bounce back on U.S. diplomats in Russia," said Maria Zakharova, the official representative for Russia's Ministry of Foreign Affairs, in a statement on the ministry's website. She later added, "frankly, we are tired about the lies about Russian hackers — it's misinformation by Obama administration aimed at providing an excuse for its own failure."
In addition to imposing new sanctions against Russia, the Obama administration is also expected to receive an intelligence report in January on the extent of Russia's hacking that he hopes to share with the public, at least to the greatest extent that doing so can dispel the notion that Russia wasn't guilty without compromising American intelligence-gathering methods.
Aside from its effort to throw the presidential election to Donald Trump instead of Hillary Clinton, Russia has also attempted to influence election outcomes in Great Britain, France, Germany and Austria. Russian dictator Vladimir Putin runs a far right regime in Russia and has supported other far right politicians and causes whose successes he believes will further Russia geopolitical ambitions.