For a man who claims to not be in bed with the Russians, Trump is a lot nicer to them than to American intelligence 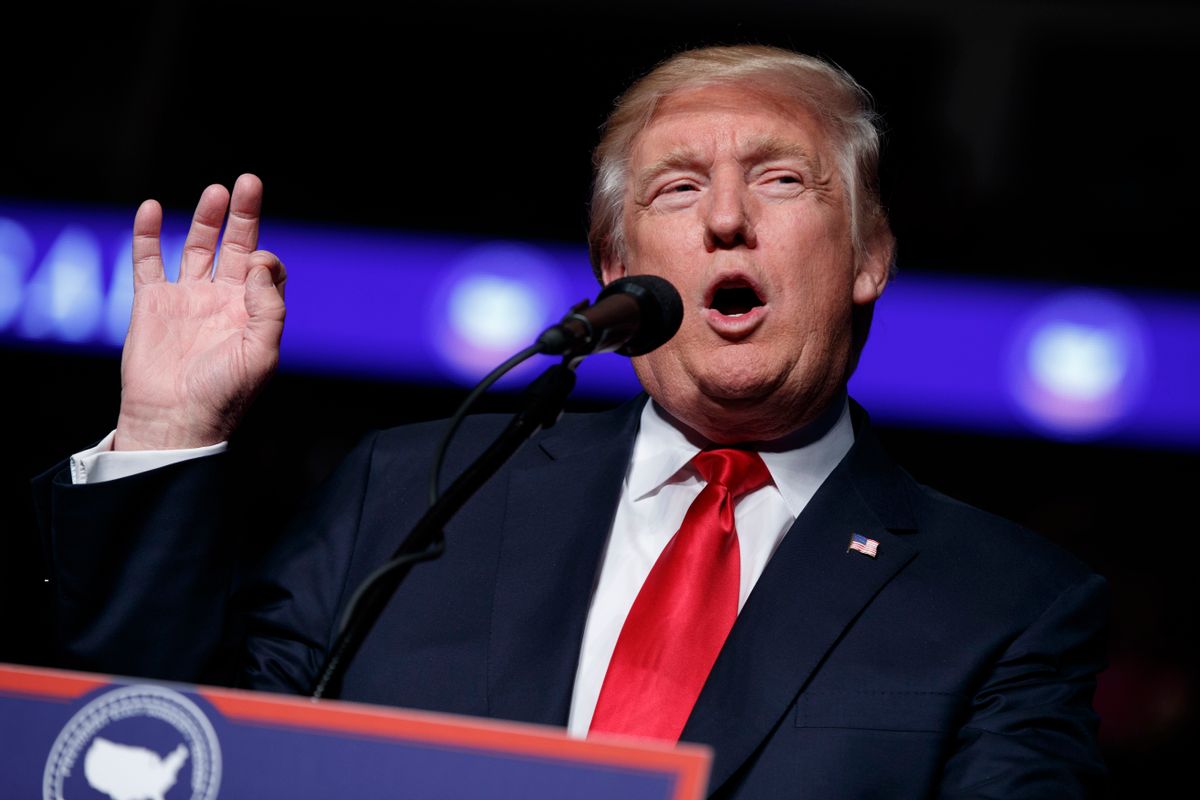 FILE - In this Dec. 15, 2016 file photo, President-elect Donald Trump speaks during a rally in Hershey, Pa. For eight years, President Barack Obama’s foreign policy doctrine has been rooted in a belief that while the U.S. can take action around the word on its own, it rarely should. His successor, President-elect Donald Trump, has derided some of the same international partnerships Obama and his recent predecessors have promoted, raising the prospect that the Republican’s “America First” agenda might well mean an America more willing to act alone. (AP Photo/Evan Vucci, File) (AP)
--

President-elect Donald Trump may have said on Thursday that he would listen to the American intelligence community before coming to a decision about President Obama's new sanctions against Russia, but his tweet on Friday strongly suggests that he's already made up his mind.

Great move on delay (by V. Putin) - I always knew he was very smart!

Just to be clear: What Trump seems to be referring to here is the widely-held belief that Russian dictator Vladimir Putin decided not to retaliate against Obama's sanctions in the hope that he could smooth things over with Trump once he took office. Not only would Trump's tweet indicate that he's on board with that approach — and thus more likely to revoke Obama's sanctions or cozy up to Russia in another way — but it also means that he is outright praising a hostile leader for defying a sitting American president.

Sam Stein of The Huffington Post summed this up best.

Trump gets angry at POTUS for going after Russia.

Certainly the Russian Embassy in London has interpreted both Putin's refusal to respond to Obama's sanctions and Trump's own attitude as a literal victory.

It's worth noting here that Winston Churchill hated fascists. While it's unclear whether he would have agreed with future White House adviser Kellyanne Conway that Obama passed these sanctions in order to "box in" her boss, it is well-known that Churchill couldn't stand appeasers either.