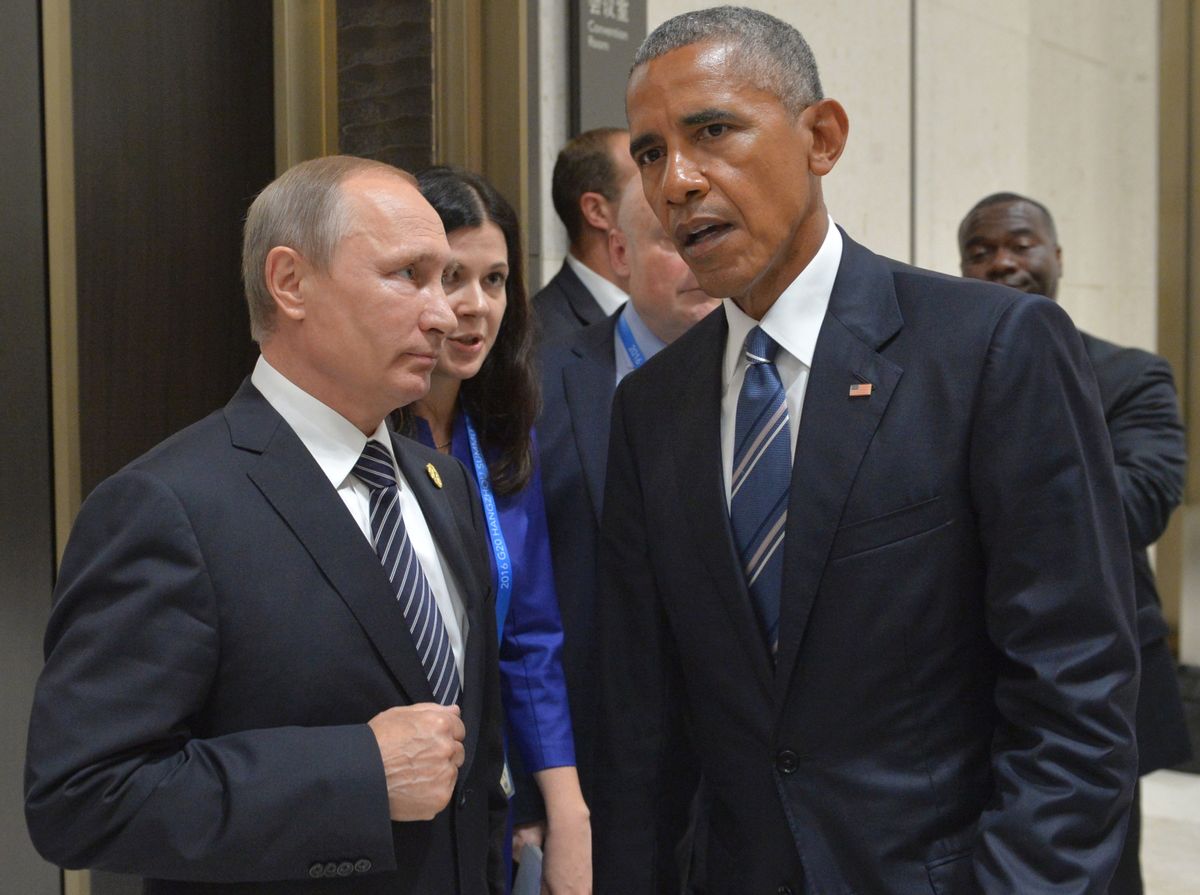 "I will tell you that even those who are sympathetic to President Obama on most issues are saying that part of the reason he did this today was to quote 'box in' President-elect Trump," Conway told CNN's Kate Bolduan on Thursday. "That would be very unfortunate if politics were the motivating factor here. We can't help but think that's often true."
Conway added, "That is not the way that peaceful exchanges work in this democracy."
Later in the interview, Conway contested the notion that the hacking of DNC emails — whether perpetrated by Russia or anyone else — had a meaningful impact on the 2016 presidential election's results.
"All we heard through the election was 'Russia, Russia, Russia.' Since the election, it's just this fever pitch of accusations and insinuations," Conway said. "I don't believe Vladimir Putin deterred her from competing in Pennsylvania, Wisconsin and Michigan."
Conway's accusations may put her at odds with Republicans on Capitol Hill, many of whom have come out in support of Obama's sanctions. As one anonymous Senate Democratic aide told Politico, "It remains to be seen whether these guys are all talk and no action," adding that "this is the Republican Party that in 2012 called Russia the No. 1 geopolitical foe for the United States in the world."
So far the actions taken by congressional Republicans seem to be criticizing Obama not for imposing sanctions, but for not being tough enough. Sen. John McCain of Arizona and Sen. Lindsey Graham of South Carolina issued a joint statement on Thursday proclaiming their intention to "lead the effort in the new Congress to impose stronger sanctions on Russia."
Similarly, House Speaker Paul Ryan of Wisconsin declared that "while today’s action by the administration is overdue, it is an appropriate way to end eight years of failed policy with Russia. And it serves as a prime example of this administration's ineffective foreign policy that has left America weaker in the eyes of the world." His counterpart in the Senate, Majority Leader Mitch McConnell of Kentucky, also remarked that the sanctions were "a good initial step, however late in coming" and that "as the next Congress reviews Russian actions against networks associated with the U.S. election, we must also work to ensure that any attack against the United States is met with an overwhelming response."
In response to Obama's sanctions, Trump has agreed to meet with intelligence briefers next week.