Mormon Tabernacle Choir singer resigns so she doesn't have to perform for Donald Trump: "I could never 'throw roses to Hitler.' And I certainly could never sing for him."

A singer quit the famous band, saying that she could "never 'throw roses to Hitler'" and "could never sing for him" 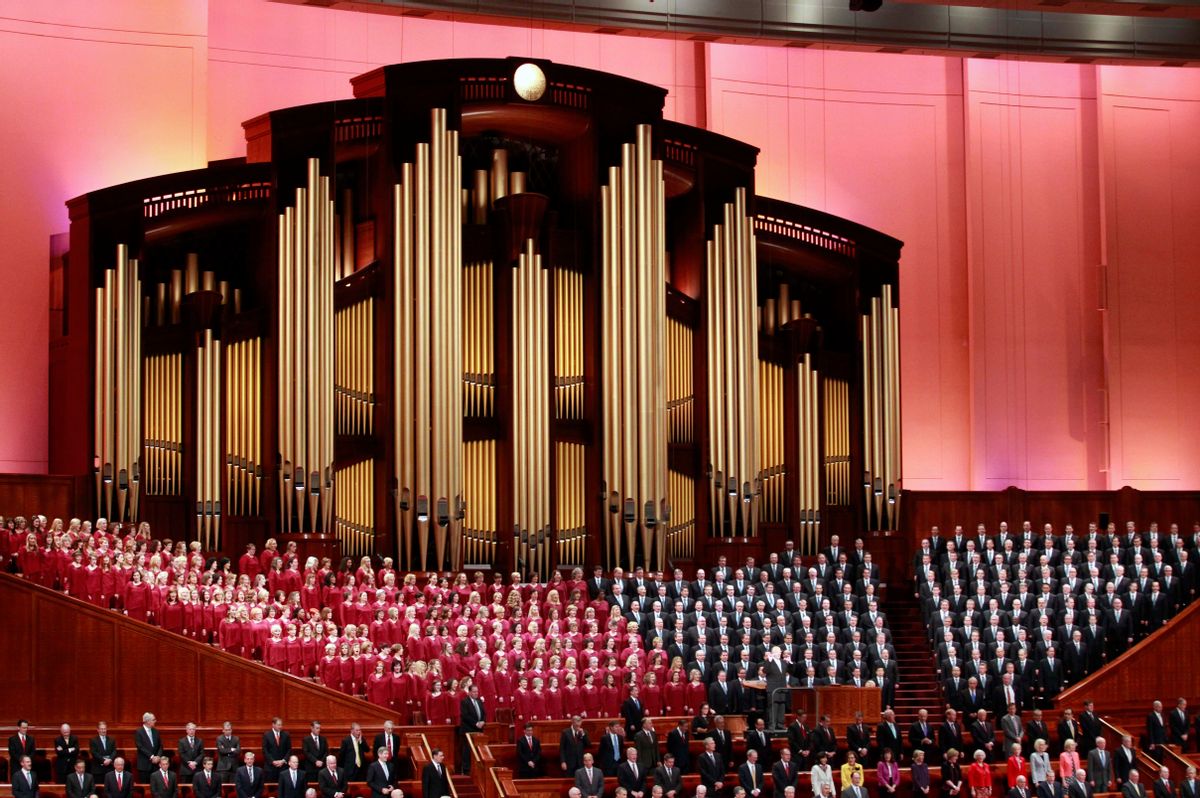 FILE - In this Oct. 1, 2016, file photo, the Mormon Tabernacle Choir of The Church of Jesus Christ of Latter-day Saints, sings in the Conference Center at the morning session of the two-day Mormon church conference in Salt Lake City. Choir member Jan Chamberlin posted a resignation letter that she says she sent to choir leaders on her Facebook page Thursdaym Dec. 29, 2016. In it, she writes that by performing at the inaugural, the 360-member Choir will appear to be “endorsing tyranny and facism” and says she feels “betrayed” by the choir’s decision to take part. (AP Photo/George Frey, File) (AP)
--

President-elect Donald Trump might be aspiring for a more stately inauguration, now that celebrities and glitzy performers are rejecting his invitations, but even a Mormon choir singer has joined the growing list of abstainers who have refused to show up for the ceremony.

In a moving letter to the Mormon Tabernacle Choir's president and fellow members, a female singer announced her resignation, citing her "deep patriotic feelings" as a determining factor in her decision.

"I've tried to tell myself that by not going to the inauguration, that I would be able to stay in choir for all the other good reasons. I've tried to tell myself that it will be all right and that I can continue in good conscience before God and man," Jan Chamberlin wrote in the letter that she later posted on Facebook." But it’s no use. I simply cannot continue with the recent turn of events. I could never look myself in the mirror again with self respect."

Chamberlin concluded the letter by writing: "I only know I could never 'throw roses to Hitler.' And I certainly could never sing for him."

The singer's dropout from the inauguration marks another setback for what promises to be a subdued celebration of the 45th president. After all, the inaugural committee communications director Boris Epshteyn reminded CNN that the inauguration was not supposed to be a party. "You know, this is not Woodstock. It's not Summer Jam. It's not a concert. It's not about celebrities," Epshteyn said.

Trump himself has tweeted that he prefers a starless attendance. Meanwhile, dancers on the Rockettes are reportedly going through their own turmoil about their upcoming scheduled performance at the inauguration.

Epshyteyn is right about one thing: It's not about to be Woodstock.