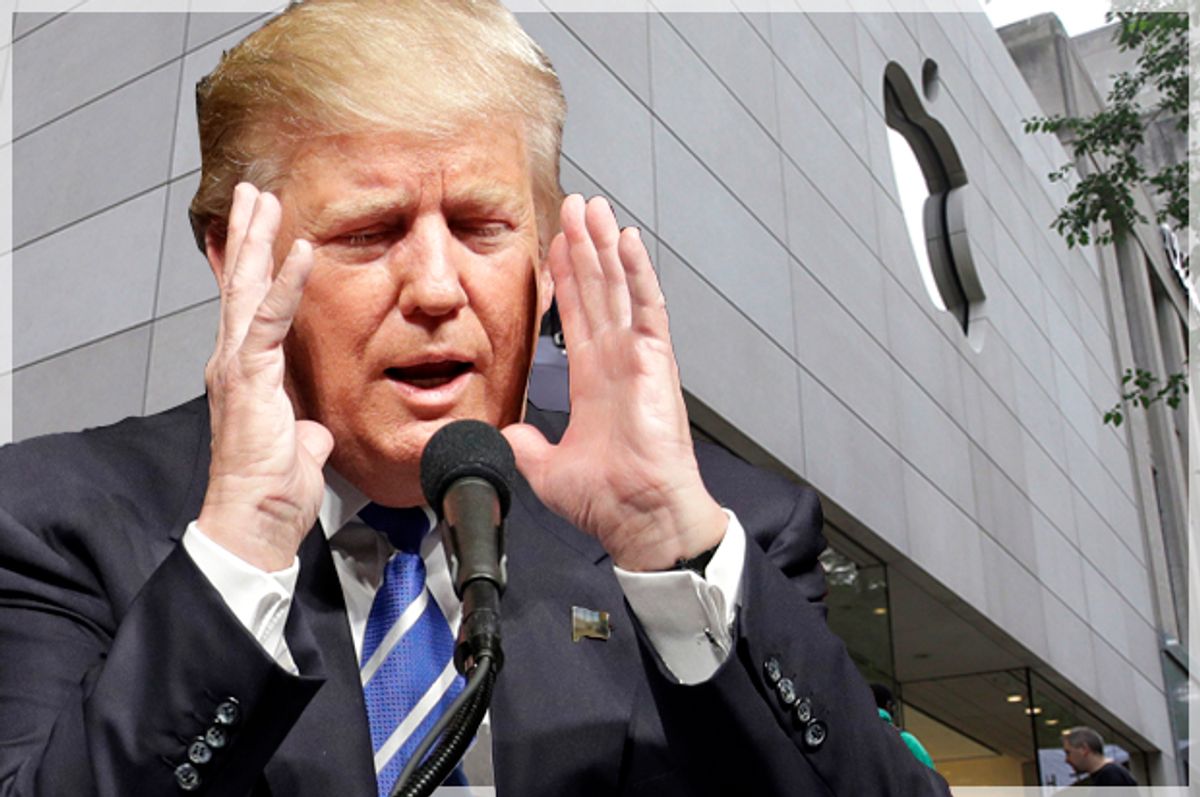 Although not widely discussed, President-elect Donald Trump's economic plan includes an estimated $2.6 trillion repatriation proposal very similar to the one that was passed by President George W. Bush in 2004 — and which didn't do what it was supposed to do.

On his campaign website, Trump has promised to "provide a deemed repatriation of corporate profits held offshore at a one-time tax rate of 10 percent." He has characterized this as a "tax holiday" that will encourage American companies to create jobs. American corporations are currently required to pay up to 35 percent of their earnings to the government and get credited for taxes they already paid overseas.

While the extra money that businesses earn through Trump's plan could in theory be invested back in their businesses, thereby creating jobs, there is no guarantee that they'd do this. As Marc-Anthony Hourihan, co-head of mergers and acquisitions in the Americas for the Swiss bank UBS, explained to The New York Times on Monday, merger bankers "are sharpening their pencils with what types of deals those larger companies can look at. I think M.&A. will be fairly high on the list."

According to Moody's, trillions of dollars is being held by five major tech companies: Apple, Alphabet (the parent company of Google), Cisco and Oracle.

This is where the repatriation plan passed by Bush — which reduced the top corporate tax rate to 5 percent instead of 10 percent — becomes relevant.

When the Democratic staff of the Senate Permanent Subcommittee on Investigations released its report in 2011 on the effects of the 2004 repatriation plan, it discovered that, despite costing the government $3.3 billion in estimated lost revenue over a decade, the 15 companies that most profited from it actually cut almost 21,000 jobs between 2004 and 2007.

Additionally, repatriation incentivized American companies to channel even more of their earnings into offshore bank accounts.

Even though the 2004 repatriation bill specified that the funds should be earmarked for hiring workers or conducting research (which slightly decreased in pace despite this bill), American workers did not feel the effects of the repatriation plan.

"There is no evidence that the previous repatriation tax giveaway put Americans to work, and substantial evidence that it instead grew executive paychecks, propped up stock prices, and drew more money and jobs offshore," said Sen. Carl Levin, chairman of the subcommittee, in a statement at the time. "Those who want a new corporate tax break claim it will help rebuild our economy, but the facts are lined up against them."

That last sentence could have been uttered verbatim about Trump's repatriation plan today and be just as accurate.