The genius of Louis CK can fit in your pocket now 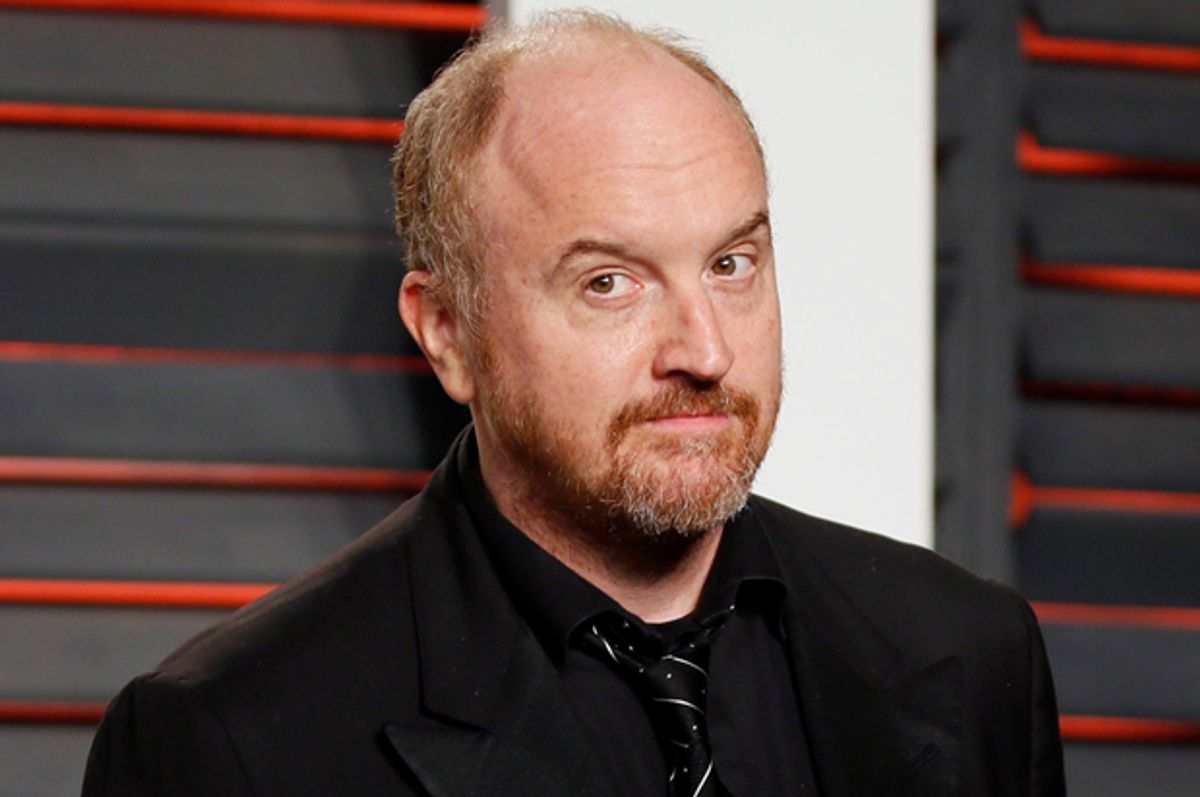 On the eve of Festivus, a holiday made up and popularized by the show “Seinfeld,” Louis CK gave his fans a small gift. He unveiled a Louis CK app, available free for download on iPhones, Androids, and even iFavs (“It’s a fav. . . malleable. . . with a screen,” he would explain). Upon downloading the app, the user receives a video of Louis in an apartment (one that is likely his, but also looks quite similar to his apartment on the show “Louie”), explaining, in characteristic Louis CK fashion, what the app is for — as well as what “app” is short for (“application,” which he jokes is itself short for “applicationingtonshaw,” short for “applicationingtonshawdawtayayeeeveryonegotothelandofthingsthatdothingsonyourphone”).

The app is a space for the comedian to communicate directly with fans, to alert them about upcoming shows and projects, and to enable easy direct sale of material. Louis is not the first celebrity with an app, and the sales and communication functions of his app are not particularly unique. His app, though, is notable because of its context. Louis CK is a comedian whose work is highly autobiographical, though not literally so. His app arrives at a time when the space between reality and fiction is dissolving, from an artist whose art has muddled those waters in innovative ways.

When “Louie” debuted in 2010, Alessandra Stanley wrote in the “New York Times” that “one of the problems with the show [is that] so much of it echoes familiar comic works.” She was referring to shows like “Seinfeld” and “Curb Your Enthusiasm,” built around the life of a white male comic (or former comic) who sees and exposes the absurdity in the accepted rituals of the everyday. Like the protagonists of those shows, the main character shares his name and the show mirrors, somewhat, his own life. “Louie” took the form a step further, though. The underlying absurdity of those shows was redoubled through his lens, occasionally in the form of magical realism. The cinematography of “Louie” was more artful, often drawing from the French New Wave. And from the jump, CK’s show aimed to be as intimate and uncomfortable as possible: In the pilot, Louie goes on a horrible date and winds up talking about his pre-pubescent daughter’s infected vagina.

“Louie” is part of a long television lineage, but there is probably no show that has more informed the modern television comedy. Jim Gaffigan’s “The Jim Gaffigan Show,” Aziz Ansari’s “Master of None,” and Donald Glover’s “Atlanta” are a few of “Louie”’s clear descendants. Each is personal and shares some sense of either “Louie”’s jazzy New York aesthetic or its limitlessness.

Of those shows, the one that’s been the most innovative is “Atlanta.” Its protagonist is a young, cash-strapped single black father in Atlanta, and he is not named Donald, after the show’s auteurist lead, which establishes more of a separation between Glover and his character. But while the show makes a more pointed effort to communicate to the viewer that Donald Glover and the character he plays are two different people (and that the latter is not real), the show promotes the interactivity of the real and the fictional in other ways.

Long before the first episode of “Atlanta” was released, Glover and his collaborators created Twitter accounts connected to the show, such as @TRUEHIPHOPFACTS, through which the show’s world would bleed into ours. “If a person goes there, they’re like ‘Oh, I’m in the world,’” Glover explained in a Hollywood Reporter roundtable. “It’s like going to Harry Potter Land, where you’re like, ‘Now when I go to ‘Atlanta’ I feel like I’m there, I’m like in the world.’ . . . That’s the fun part, people not knowing really where it ends, so people want to stay there longer.”

The show has also played within the margins of the 30-minute cable show. The entirety of “Atlanta”’s  seventh episode, titled “B.A.N.,” takes place within a fictional black-oriented current affairs show called “Montague.” Glover and company created absurdist commercials for real products, like the Dodge Charger, and for products that only exist within the show, like a mystical call-in self-help service. (Admittedly, after watching it, I looked up “Montague” to make sure it wasn’t real.)

“B.A.N.” felt fresh and exhilarating, though it might’ve felt even more so had “Mr. Robot” not done something similar a few months earlier, with “eps2.4_m4ster-s1ave.aes.” The first half of the episode follows Elliot (Rami Malleck) through a surreal dream set in a 1980s-sitcom world of Elliot’s childhood. Esmail filled the ad breaks with real retro commercials, including for Bud Light (paid for by Budweiser) and invented commercials for the fictitious E-Corp. The meta interlude, according to Esmail, was informed by his belief that media consumption is “intimately involved in who we become as people. . . . It influences our behavior, our worldview and our way of thinking.” In this case, he was directly showing how it can pervade the subconscious.

As the most ambitious television creators are expanding and tangling the bounds of their universes, they’re also complicating the audience’s relationship to reality. A viewer can be forgiven for mistaking a fictional character for a real one, or a fake twitter account for a real one, let alone for a more nefarious sort of fake one — especially considering the postmodern context of the past year’s real life events, when the political became the grandest entertainment. An entertainer with cartoonish features, whose virtual persona was part of the package, is set to become the most powerful man in the world. And to understand him, apparently you must take him seriously but not literally.

Where CK’s app fits into all of this is control. The app is an attempt to make viewers’ experience of his art unmediated. When he releases a new show, as he did with “Horace and Pete” this year, he wants viewers to experience it for themselves before critics and tweeters tell them what to think.

Of course, the price is that without an middle man, it’s tough to tell whether he is playing a character; the lines between Louis CK and his fictional “Louie” self continue to blur. At the beginning of the video introducing the app he walks into the shot and asks a person who sounds like she is his daughter if the light is okay. We see his microphone and he introduces himself. Yet, it’s still hard to parse who we’re watching, or what.