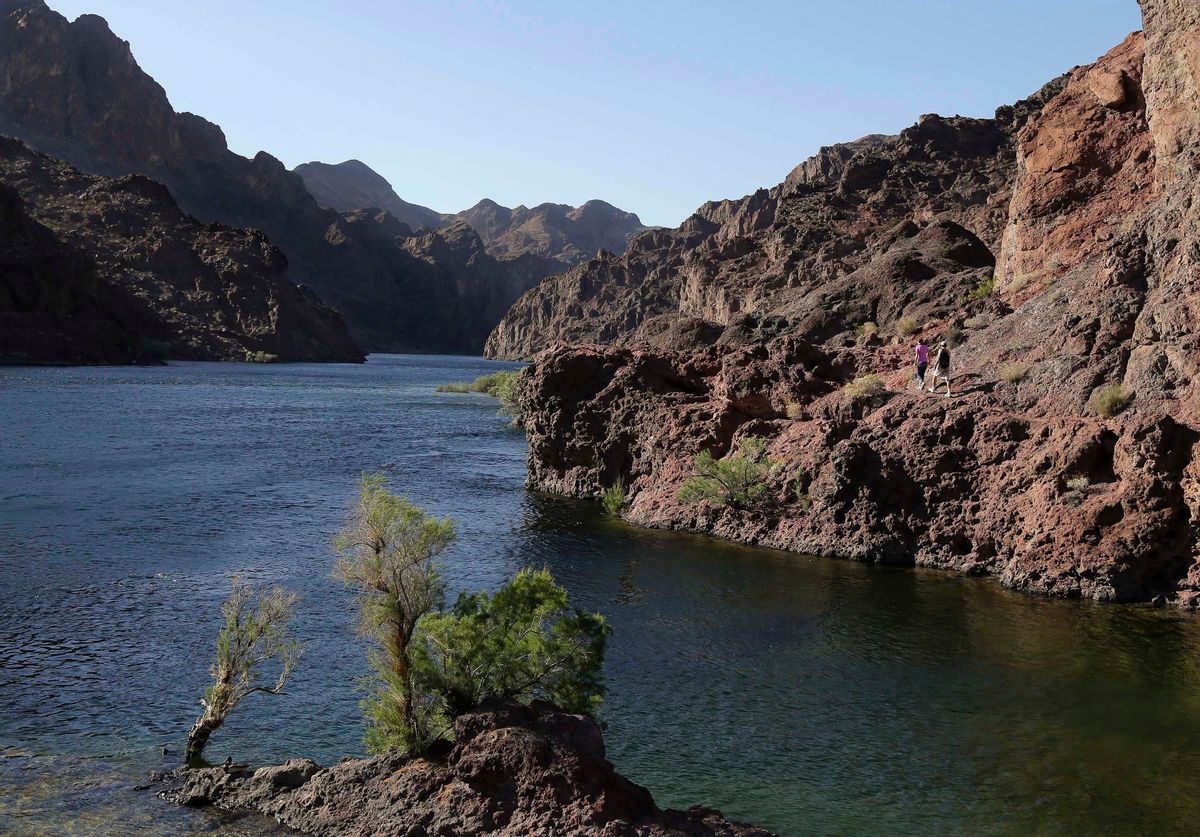 Federal regulators are looking at whether water-guzzling Washington County in southwest Utah should get water from Lake Powell, the nation’s second-largest reservoir, to keep their lawns and golf courses green.

A proposed 140-mile-long pipeline would take nearly 77 million gallons a day from Lake Powell, the Colorado River reservoir created by the giant Glen Canyon Dam near the Arizona-Utah border. The project requires pushing the water about 2,000 feet uphill over 50 miles before sending it about 90 miles downhill through a series of hydroelectric turbines to the St. George area. The pipeline could cost $1.1 billion to $1.8 billion, but state regulators have also said the numbers are uncertain.

“The truth behind the Lake Powell pipeline is that it is a water grab from the Colorado River by firms and agencies in Utah to convince Utahns that we are running out of water,” said Zach Frankel, executive director of Utah Rivers Council. “We’re not.”

The Federal Energy Regulatory Commission could look at the part of the application from the Utah Board of Water Resources dealing with the hydroelectric stations. Other federal agencies such as the National Park Service and the Bureau of Land Management could evaluate other parts of the application.

The Colorado River provides drinking water to about 40 million people across seven states. Global warming is already shrinking the Colorado River and could reduce the flow by more than a third by the end of the century.

Utah regulators have said the average Washington County resident uses 325 gallons a day, 120 gallons a day more than the average in Las Vegas and nearly double what a person in Phoenix uses. Up to 70% of St. George area water is used on lawns, golf courses, parks and cemeteries.

According to the Utah Rivers Council, Utah has the nation’s cheapest water rates and is the country’s most wasteful water user. The state has a unique revenue structure that collects property taxes from homeowners and businesses to lower the price of water below the cost of delivery. Critics say the tax structure discourages water conservation.

Recent audits have also found major problems with how Utah tracks water usage. Many water systems don’t monitor “peak day demand” which helps determine how much water a public system should have on hand.

Water managers have been planning to have Utah pay for the pipeline and have Washington County and Kane County, which would get about 5% of the water, repay the cost.