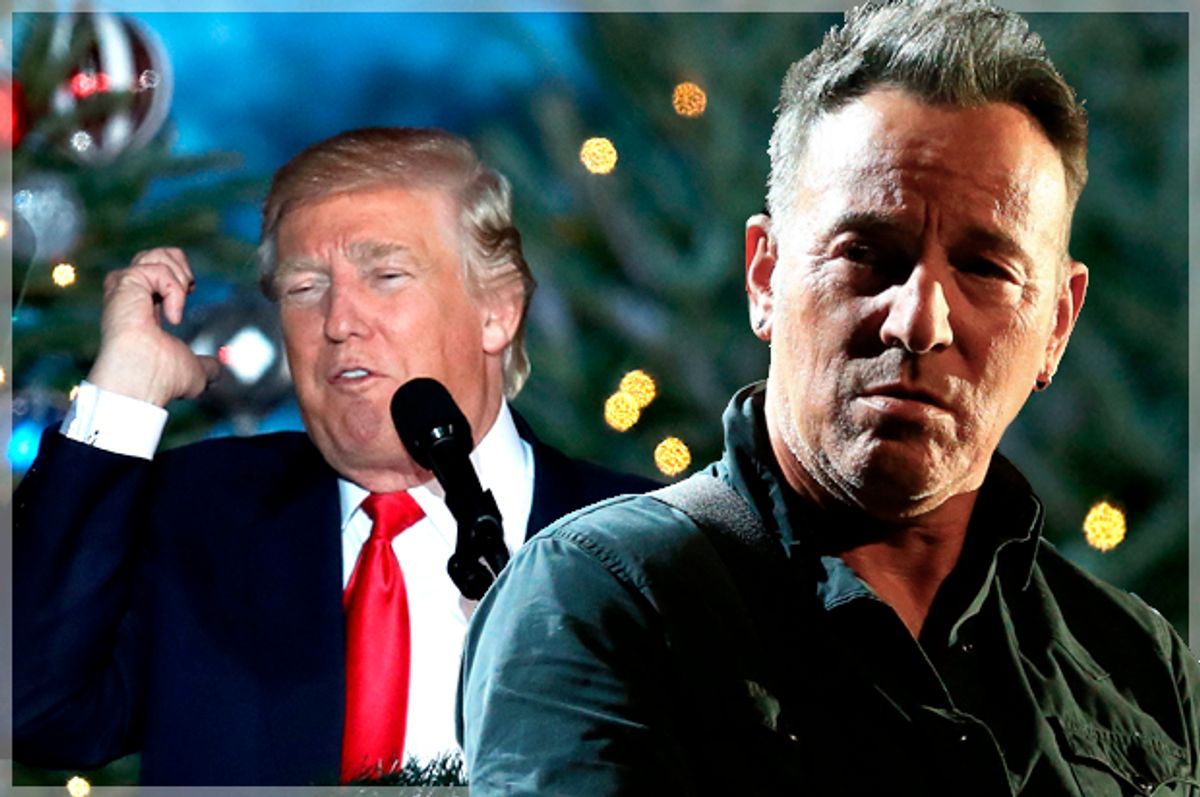 Not even a majority of Americans believe that President-elect Donald Trump can handle basic aspects of his presidential duties, according to a Gallup poll released on Monday.

Perhaps appropriately, these survey results were consistent with comments by Bruce Springsteen in a recent appearance on Marc Maron's WTF podcast.

“I’ve felt disgust before, but never the kind of fear that you feel now,” Springsteen said. “It’s as simple as the fear of, is someone simply competent enough to do this particular job? Do they simply have the pure competence to be put in the position of such responsibility?”

This isn't the first recent Gallup poll to bear bad news for The Donald. On Thursday a Gallup survey found that more Americans deemed Barack Obama (22 percent) to be the most admired man in America than Donald Trump (15 percent). While it is not abnormal for sitting presidents to surpass presidents-elect in that category, Obama himself had beaten George W. Bush in 2008 after his election.