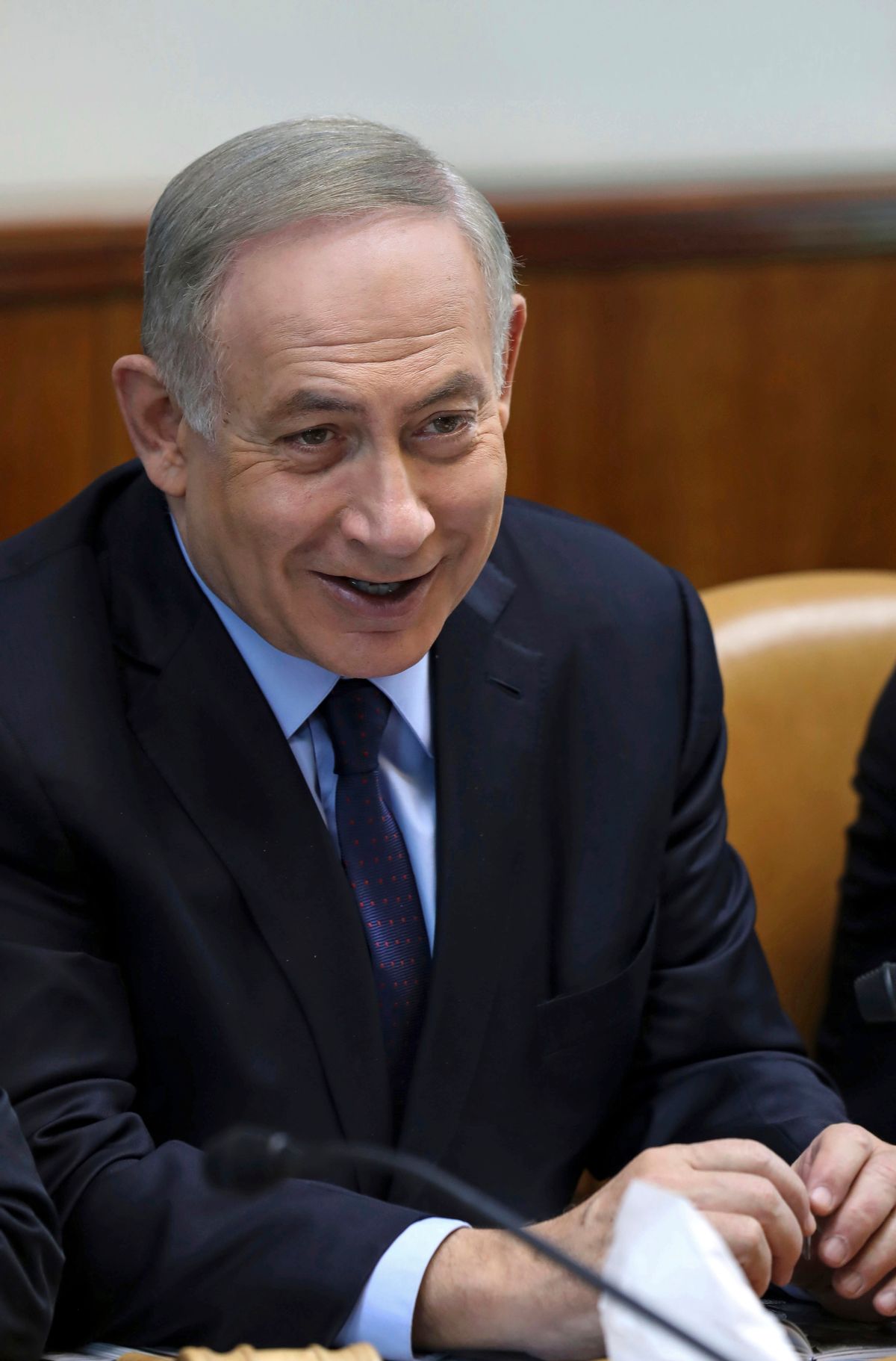 Israeli Prime Minister Benjamin Netanyahu was interrogated on Monday night as part of a corruption investigation. If this ultimately ends up in Netanyahu's conviction and disgrace, he will be the second Israeli prime minister in a row to suffer that fate.

Netanyahu is reportedly being investigated over two issues, according to a story by Haaretz on Tuesday. First, he is alleged to have accepted gifts and other favors from wealthy businesspeople, including cosmetics tycoon Ronald Lauder (who was also questioned by police). While "gifts" in this context would not involve literal money, it would have to be substantial enough to warrant an investigation into potential bribery. The current suspicions are that Netanyahu received gifts that amounted to tens of thousands of dollars.

The second investigation has remained mysterious, although it is reported to involve much more serious allegations than its predecessor.

The investigation was authorized by Israeli Attorney General Avichai Mandelblit, although both he and Israeli police spokesman Micky Rosenfeld refused to release any further details about their three-hour questioning of Netanyahu.

"If two Prime Ministers in a row fall for corruption, it will be very difficult to rehabilitate the public's trust in government," said Yair Lapid, one of Netanyahu's main political opponents, in a Facebook post. "At the same time, for the benefit of the State of Israel and the people of Israel, [the investigation] must be fast."