The media's Trump ethics failure: Crediting the president-elect for an anti-corruption stand he didn't make 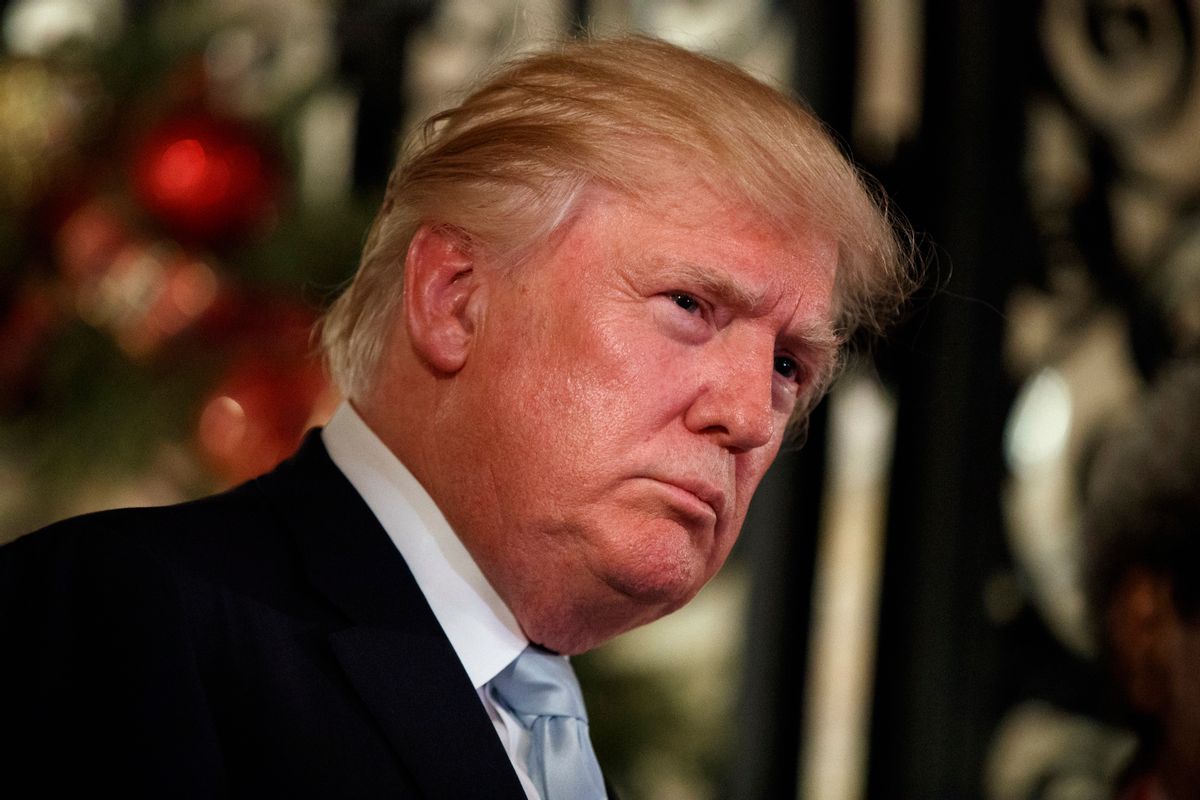 FILE -- In this Wednesday, Dec. 28, 2016 file photo, President-elect Donald Trump listens to a question as he speaks to reporters at Mar-a-Lago, in Palm Beach, Fla. The 18-hole golf course in Dubai bearing Donald Trump’s name exemplifies the questions surrounding his international business interests. The course will open in February 2017 in the United Arab Emirates, but concerns about security, financial agreements and other matters have yet to be answered by the incoming 45th American president. (AP Photo/Evan Vucci, File) (AP)
--

The House GOP kicked off the new session of Congress in politically baffling fashion by holding a closed-door vote to approve a rules change that will hollow out the Office of Congressional Ethics (OCE). That office was formed in 2008 as a response to the congressional ethics scandals that helped precipitate the 2006 Democratic midterm wave, and it functions as an independent, non-partisan ethics watchdog for the House of Representatives. Republicans in the House moved to strip OCE of some of its powers and place it under the oversight of the House Ethics Committee.

As far as political own-goals go, this was a fairly inexplicable one. Republicans met in the dead of night to cast a secret vote to hollow out an agency charged with maintaining ethical behavior in Congress. They were handing every Democrat in every congressional district across the country a pre-fabricated talking point to use against them — after all, who doesn’t like ethics in Congress? And they did so in the immediate aftermath of an election cycle that was shot through with allegations of corruption of promises to “drain the swamp” in Washington.

Speaking of “drain the swamp,” the candidate who popularized that phrase, the fantastically corrupt president-elect Donald Trump, weighed in on the House GOP’s planned attack on OCE this morning via his medium of choice: Twitter.

Trump’s position on this was clear. He didn’t have a problem with Republicans going after the “unfair” OCE, he just mildly suggested that maybe it shouldn’t have been the first thing on the agenda. (That critique doesn’t actually make much sense, given that it was part of the rules package that the House typically passes as its first order of business.) One of Trump's senior advisers went on television to defend the House GOP's proposed change as part of its electoral "mandate."

But once this Twitter statement was sent, the political media tripped all over themselves to be the first to inaccurately report that Trump and the House GOP were at odds over ethics.

This is not an accurate summation of what Trump said. Again, he did not question the move to weaken OCE — he actually sympathized with the House GOP’s gripes about the “unfair” agency. Trump’s only complaint was that the House GOP leapfrogged other policy concerns. This was later confirmed by his incoming White House press secretary, who said Trump’s issue was one of “priorities.”

Even still, the press immediately ran with this nonsense idea that Trump and the House GOP were at odds over gutting the OCE. And it got worse once word came down that House Republicans had backtracked and stripped the proposed change from the rules package. The press scrambled to give credit for the shift to Trump, who hadn’t actually opposed the initial change in any meaningful way.

House Republicans dropped their bid to weaken the independent Office of Congressional Ethics after President-elect Donald Trump blasted the move as counter to his call to "drain the swamp" of corruption in Washington.

None of that actually happened. Trump tweeted a bland quibble about the timing of the attack on the ethics office. That’s it. There was no “blasting” of the House GOP, there was no criticism of the decision to strip the ethics office of its powers, and there was no righteous stand against “corruption in Washington.” And yet, without even having to go through the motions of claiming victory for himself, Donald Trump emerged as the hero of this story and, against all available evidence, a force for ethics in Washington.