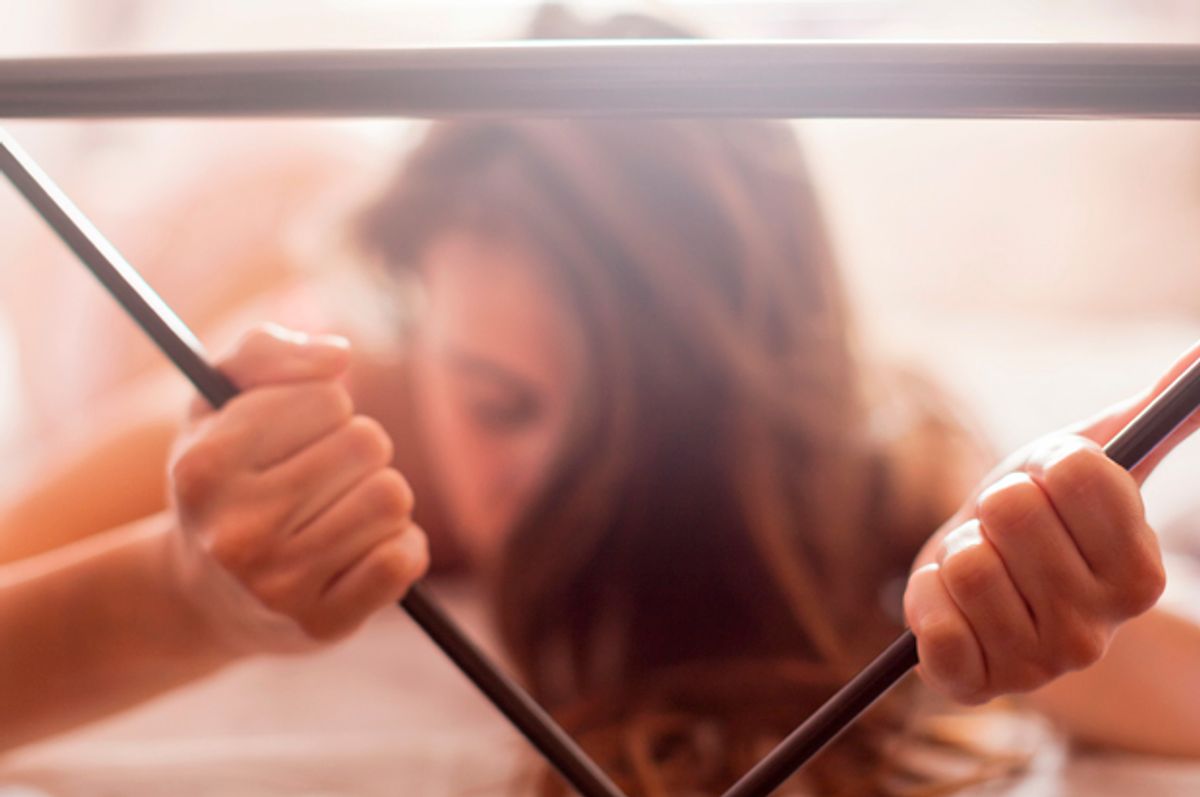 There’s a scene in the second season of “Sex and the City” where Carrie, Miranda, Charlotte and Samantha lament what seems to be a collective confusion on behalf of men everywhere (Manhattan) in terms of the female orgasm.

“What’s the big mystery?” asks Miranda, “It’s my clitoris, not the sphinx.”

The female orgasm has befuddled men, women and scientists for centuries to the point where its very existence has often been dismissed. It’s the journey, not the destination — or whatever. Some scholars have gone so far as to suggest the female orgasm is a complete fabrication, but researchers at the Kinsey Institute have confirmed “the female orgasm definitely exists."

And yet, research into the female orgasm persists. A recent study found that — please brace yourself for shocking information — women are more likely to climax with male partners whom they are attracted to. Groundbreaking, I know.

Researchers at the University of Albany surveyed women to find out the quality and quantity of their orgasms in heterosexual relationships. Specific traits were analyzed that included their partner’s income, sense of humor, personality, looks and physical measurements. The women were also asked to rate their men based on physical attractiveness.

The survey found women were more likely to achieve climax if their partner was financially well off, confident, and attractive. Again, this is not news based on biology that encourages animals to mate with whomever possesses the most desirable traits that can be passed on to offspring (so much for romance). You know, Darwin and survival of the fittest. Climax intensity was heightened when women perceived their partner as highly physically attractive, and broad shoulders were attributed to sexual satisfaction.

Good news for the former class clowns out there, too. Women were found to orgasm more often and more intensely from men who they described as having a good sense of humor. Marilyn Monroe did say that if you can get a woman to laugh you can get her to do anything.

As a woman who came of age watching “Sex and the City”, reading (and later writing for) Cosmopolitan with a general interest in sexual physiology and anthropology, none of these results are all too shocking.

What’s surprising is that the study is being marketed as “these are the types of men most likely to make you orgasm.” Once again, our bodies, sexual pleasure and experience is being discussed and attributed to men in terms of mate choice.

What’s interesting about this study is that it represents a shift away from the operative assumptions, albeit a slow one. The study from the University of Albany suggests a change in the paradigm. Studying the mechanisms and traits that facilitate female orgasms begins to dispel the antiquated idea that a women must be in love in order to be sexually satisfied. Continued research along these lines will serve to enhance the sexual experience of women everywhere.

Maybe good things will come to women once science and society bridges the orgasm gap.