House GOP tries to silence protests: Lawmakers who take photos will be fined 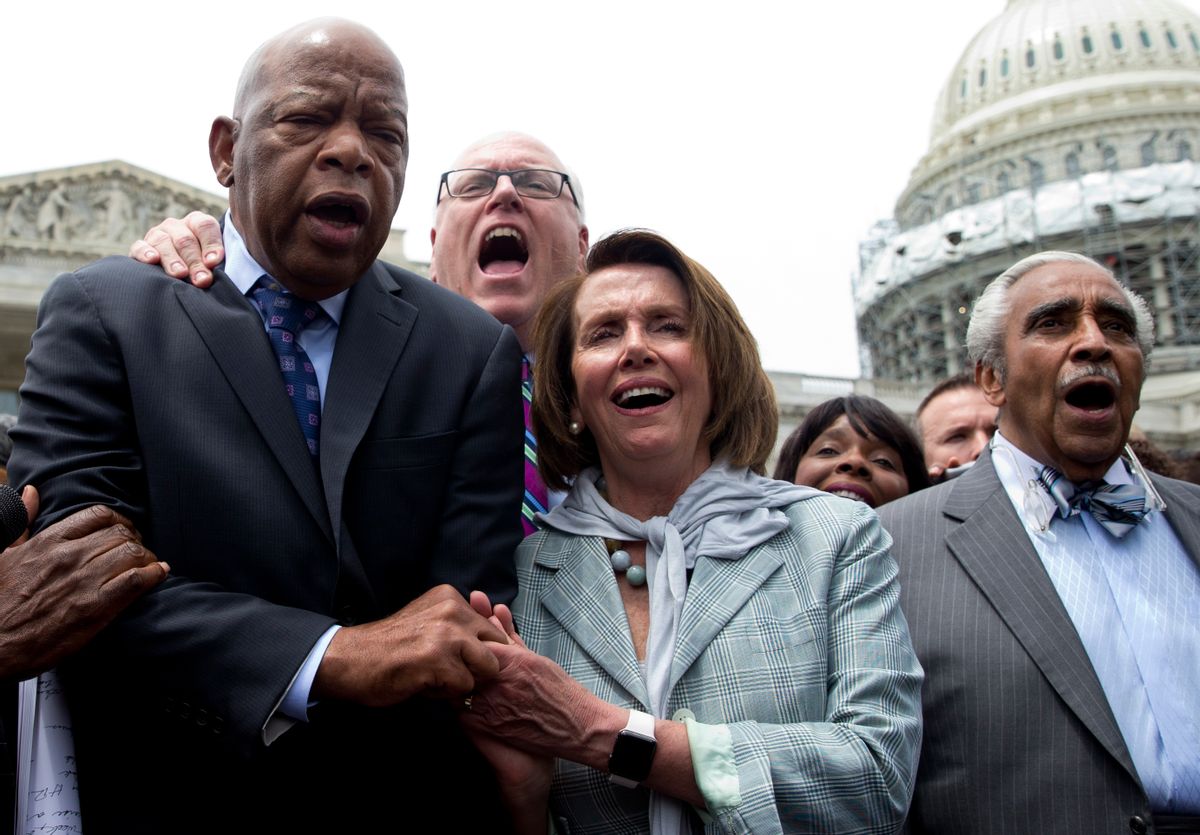 After House Republicans' plans to kick off the 115th Congress by gutting the Office of Congressional Ethics were scuttled by intense public outcry and a tweet from President-elect Donald Trump early on Tuesday, GOP lawmakers settled on punishing their Democratic colleagues for a 2015 gun-control protest as their first act of the new year.

More than six months after Democrats staged a sit-in on the House floor over GOP inaction on gun control legislation, Republicans passed a new rules package Tuesday meant to quash any future such protest. The House voted along party lines, 234-193, to approve a rules package for the new Congress that adds a punishment mechanism — up to $2,500 in fines — to a longstanding rule barring the snapping of pictures or video on the House floor. The fines would come from offenders’ annual salaries and are one of two penalties meant to prevent future sit-ins. The new rules also prohibit lawmakers from committing disorderly conduct in the chamber.

Republicans said the change was needed to ensure order is maintained on the House floor. Democrats described the move as an attack on lawmakers who were standing against gun violence.

Following the deadliest mass shooting in U.S. history at Orlando's Pulse nightclub last June, Democrats organized a 25-hour sit-in on the House floor demanding action on gun control. But after Speaker Paul Ryan demanded the CSPAN cameras that provide live access to the House floor be cut off, Democrats were forced to use their cell phones to record video of their speeches and chants.

"I'm not afraid of a fine," Rep. John Lewis, D-Ga., said in a floor statement against the new rules Tuesday. "I've been fined before."

Other Democrats took to Twitter in a final act of defiance before the new fine banning photos was to take effect: