Donald Trump once hated Julian Assange, but now they're both talking about how much they hate CNN

Donald Trump has really warmed to Assange, who has taken on Trump's CNN hate 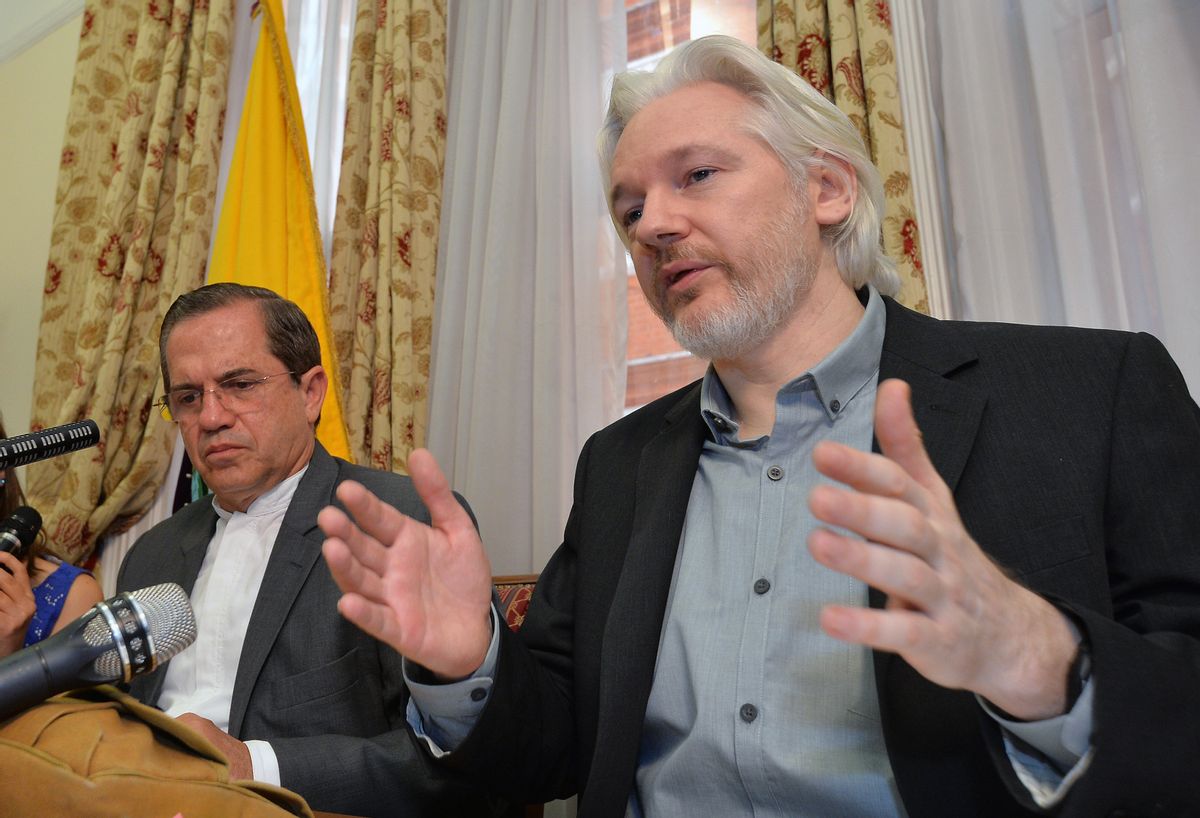 On Wednesday, former CIA counterterrorism official Phil Mudd referred to Assange as a “pedophile” during an appearance on CNN. In response, WikiLeaks sent out a tweet threatening to sue CNN in 48 hours unless they run a 1 hour “expose” that would presumably be more to Assange’s liking.

We have issued instructions to sue CNN for defamation:https://t.co/YLfyQ9ROCy

Unless within 48h they air a one hour expose of the plot.

The tweet’s reference to “the plot” refers to allegations that Assange molested an 8-year-old girl in the Bahamas. The Bahaman police has never received a complaint, identified a victim nor pursued any investigation. One entity that filed paperwork with the United Nations Global Compact saying there was an active rape investigation for Assange in the Bahamas has since been banned from using the UNGC.   CNN has since apologized for Mudd’s comment.

While Trump has yet to sue CNN for defamation, he has been very critical of both that network and MSNBC for running stories about his positive commentary regarding Assange.

The dishonest media likes saying that I am in Agreement with Julian Assange - wrong. I simply state what he states, it is for the people....

to make up their own minds as to the truth. The media lies to make it look like I am against "Intelligence" when in fact I am a big fan!

Trump's reasoning here is very similar to the claims that Assange made about the media in his interview with Sean Hannity on Tuesday. In addition to referring to them as “dishonest” (one of Trump’s common labels) and “ethically corrupt,” Assange also argued that they were “colluding” with the Hillary Clinton campaign, another point that Trump has repeatedly made.

And, of course, Trump has also threatened to sue media outlets for writing unkind things about him and argued that American libel laws need to be changes so that public figures can more easily sue the media.

Incidentally, Trump did not always see eye-to-eye with Assange. During a brief interview with Brian Kilmeade radio show in 2010, Trump had nothing kind to say about the WikiLeaks founders, according to an interview uncovered by CNN's KFile on Wednesday.

"I think it's disgraceful, I think there should be like death penalty or something," Trump said at the time.

Similarly, Trump had glowing words of praise for the CIA in a tweet from December 2014.

The CIA deserves our praise for taking the fight to the enemy in the dark corners of the world. The CIA perseveres, the politicians whine!

This is in stark contrast to Trump's recent attitude toward Assange, in which he takes the man's word as proof that Russia was not responsible for hacking Hillary Clinton's presidential campaign.

Assange's connections to the Russian government include hosting a TV show on the state-owned network Russia Today, encouraging NSA whistleblower Edward Snowden to seek asylum in Russia, insisting on using the Russians for security in the Ecuadorian embassy, trying to discredit the Panama Papers when they embarrassed Russian political and financial elites, and claiming that there are "many vibrant publications, online blogs, and Kremlin critics" in Russia today.