"He drives the train on this": Donald Trump's press secretary says he has no idea when our next president will tweet 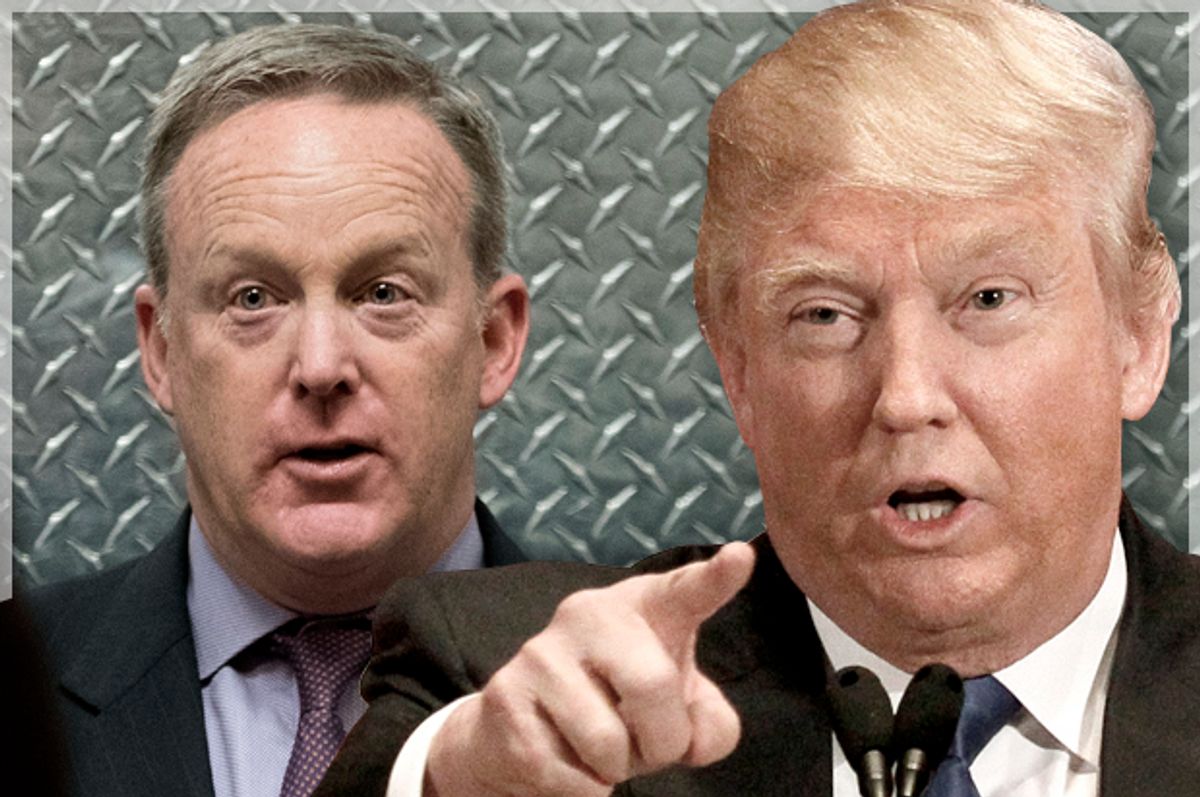 President-elect Donald Trump's incoming press secretary, Sean Spicer, admitted on Wednesday that he is just as surprised as the rest of America when his boss sends out a new tweet.

"I do not know, I do not get a memo," Spicer said in a University of Chicago Institute of Politics discussion with two former communications specialists from the Barack Obama administration, press secretary Robert Gibbs and adviser David Axelrod. "He drives the train on this."

Spicer didn't characterize this as an occupational frustration. He described Trump's tweeting as an "exciting piece of the job," arguing that “you know that he can drive a message and influence people in a way that hasn’t been done before." From Spicer's point of view, it is a "misconception . . . that he is just randomly tweeting." Instead Spicer hopes people will realize that the president-elect "is a very strategic thinker. He thinks about where things are going to end up."

This isn't the first time Spicer has defended some of Trump's more controversial media behavior by trying to spin it as precedent-breaking. During an interview with Hugh Hewitt last week, Spicer addressed concerns about Trump's infrequent press conferences by saying: "I think the thing that you’ve seen with Donald Trump is that he doesn’t, he doesn’t look to the past and say I’ve got to conform to these precedents. He figures out what’s the best way. And so maybe we do, you know, a series of press conferences, but maybe we do some town hall, you know, Facebook town halls. Maybe we go out and solicit input from Twitter. I don’t, I mean, the answer is we’re looking at a lot of things."