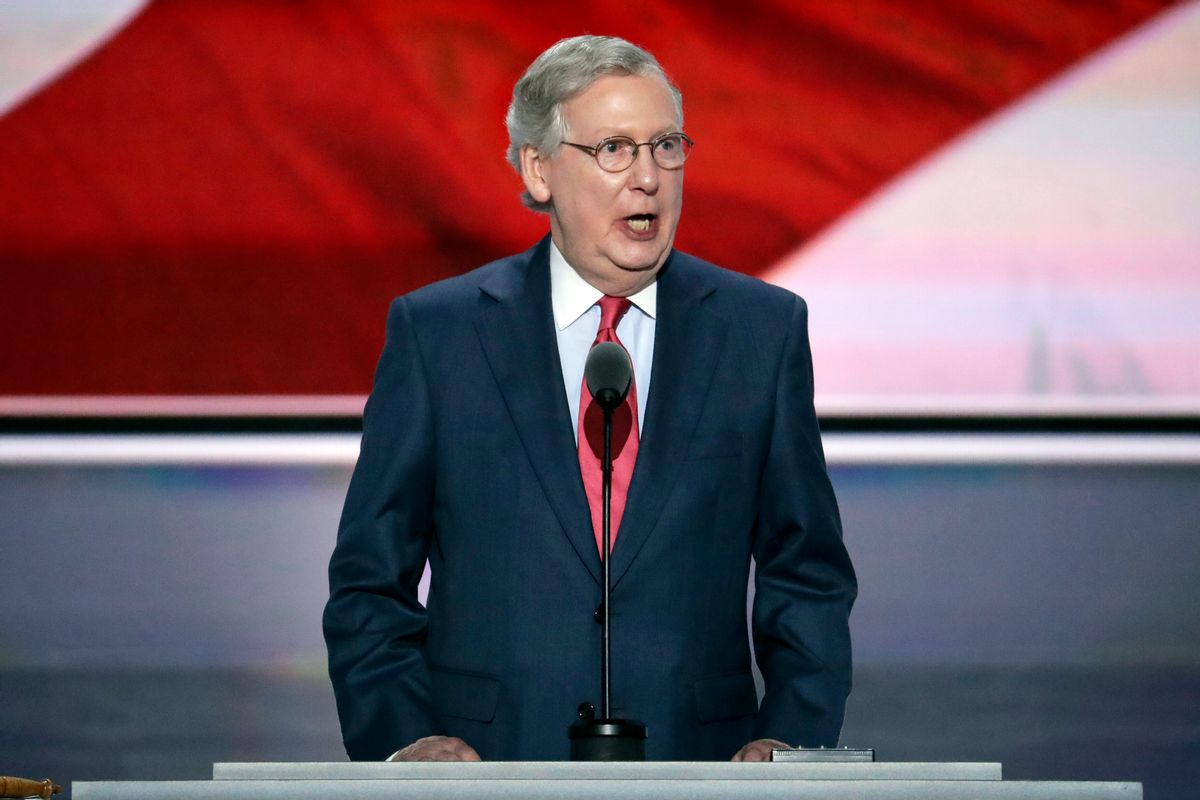 Majority Leader Mitch McConnell of Kentucky speaks during the second day of the Republican National Convention in Cleveland. (AP)
--

Senate Majority Leader Mitch McConnell may have spent nearly a full year obstructing one of President Barack Obama's Supreme Court nominees, but that doesn't mean he think it would be fair for Democrats to do the exact same thing to President-elect Donald Trump.

"Apparently there's yet a new standard now, which is to not confirm a Supreme Court nominee at all," McConnell told reporters during a press briefing on Wednesday. "I think that's something the American people simply will not tolerate, and we'll be looking forward to receiving a Supreme Court nomination and moving forward on it."

McConnell was responding to comments made Tuesday by Senate Minority Leader Chuck Schumer on MSNBC's The Rachel Maddow Show. Schumer told Maddow that he would rather have an empty judicial seat than confirm a nominee that is outside the mainstream.

"The consequences are going to be down the road. If they don't appoint somebody good, we're going to oppose them tooth and nail," Schumer told Maddow. He later added, "We are not going to make it easy for them to pick a Supreme Court justice."

When asked about whether this would apply to any nominee, Schumer replied, "It's hard for me to imagine a nominee that Donald Trump would choose that would get Republican support that [Democrats] could support."

McConnell sarcastically disparaged Schumer's comments as an "expansion" of the "Biden rule" -- a 1992 occasion in which Joe Biden, then still a senator from Delaware, argued that confirmation hearings shouldn't be held for a Supreme Court nominee during an election year.

Although McConnell was tepid in his support of Trump on the campaign trail, he changed rhetoric the week before the election, telling a rally in Frankfort, Kentucky that he hoped Trump would “be the most powerful Republican in America.”