Republican Congresswoman Marsha Blackburn asks Twitter users what they think of Obamacare, discovers a lot of people like it

When asking for Twitter feedback, don't be surprised at results that are different from what you expect 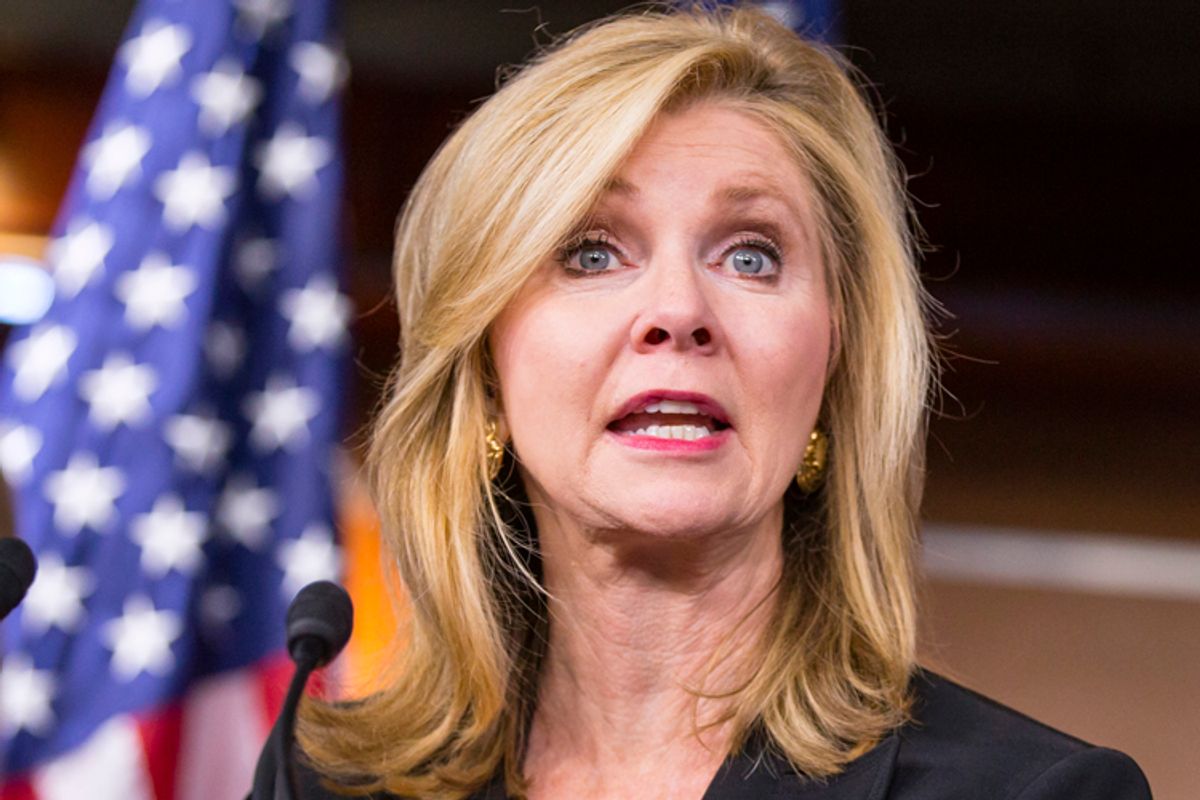 Twitter is not a very reliable tool for gathering accurate polling information, in large part because anyone can read your tweet and reply to it. This is a lesson that Rep. Marsha Blackburn, Republican from Tennessee, learned the hard way when she posted a Twitter poll asking her constituents if they'd support a repeal of the Affordable Care Act.

Do you support the repeal of Obamacare? RT if you do, and share what you want to see as the replacement.

Of the 7,968 votes that Blackburn's poll received, 16 percent said yes and 84 percent said no — meaning the overwhelming majority wanted to keep Obamacare.

It's unlikely that most of the respondents were from Blackburn's district, where she was reelected by over 50 percent last year. Her tweet was picked up and retweeted by White House spokesman Eric Schultz, according to The Hill. Still, her experience is still humbling in light of the GOP's ongoing effort to fast-track a repeal of President Barack Obama's signature health care reform legislation.

Blackburn's use of Twitter as a vehicle for advancing this cause is perhaps a reflection of President-elect Donald Trump's own high profile tweets related to the subject.

People must remember that ObamaCare just doesn't work, and it is not affordable - 116% increases (Arizona). Bill Clinton called it "CRAZY"

Republicans must be careful in that the Dems own the failed ObamaCare disaster, with its poor coverage and massive premium increases...... — Donald J. Trump (@realDonaldTrump) January 4, 2017

like the 116% hike in Arizona. Also, deductibles are so high that it is practically useless. Don't let the Schumer clowns out of this web...

massive increases of ObamaCare will take place this year and Dems are to blame for the mess. It will fall of its own weight - be careful!

The Democrats, lead by head clown Chuck Schumer, know how bad ObamaCare is and what a mess they are in. Instead of working to fix it, they.. — Donald J. Trump (@realDonaldTrump) January 5, 2017

...do the typical political thing and BLAME. The fact is ObamaCare was a lie from the beginning."Keep you doctor, keep your plan!" It is.... — Donald J. Trump (@realDonaldTrump) January 5, 2017

...time for Republicans & Democrats to get together and come up with a healthcare plan that really works - much less expensive & FAR BETTER!

Requests sent to Blackburn's office on whether the responses changed her mind have not been answered. But still, maybe it's time to stop tweeting — at least when it comes to using it as an avenue for policymaking.