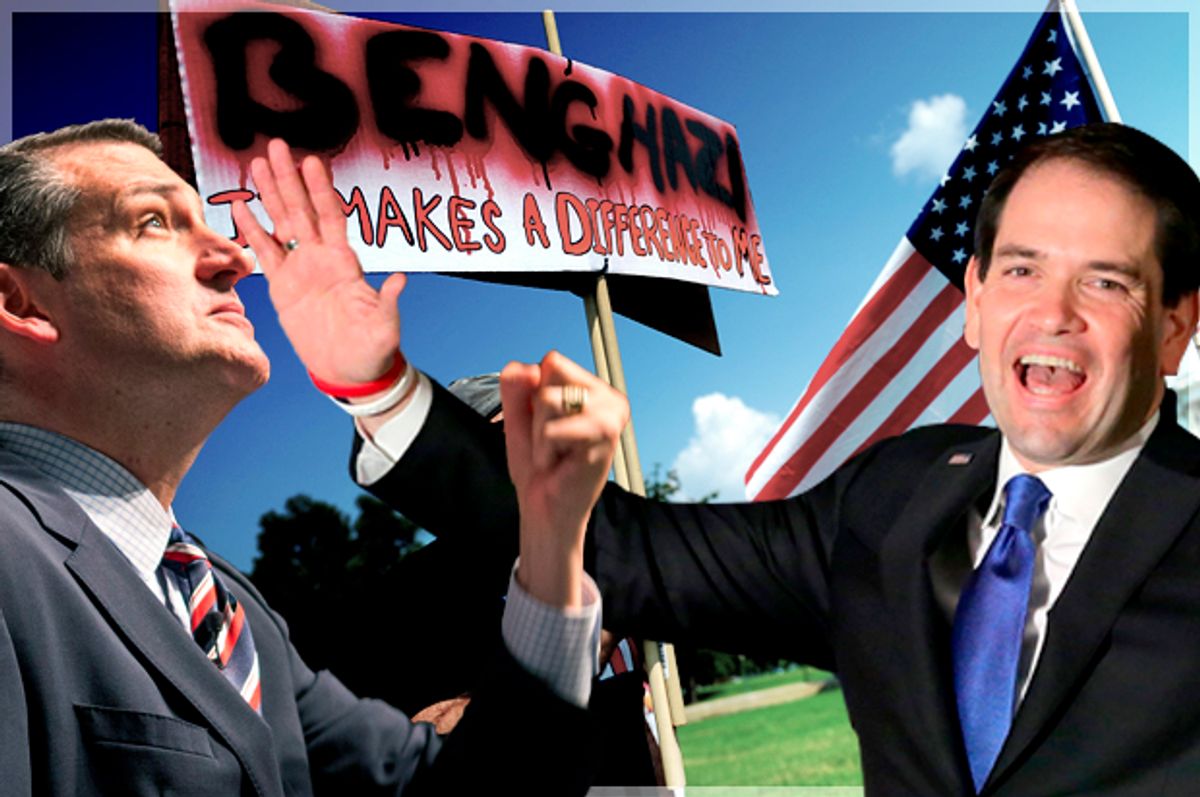 Three Republican Senators, including two former presidential candidates, have introduced legislation that will cut security, construction, and maintenance funds for American embassies throughout the world unless President-elect Donald Trump moves the American embassy in Israel to Jerusalem.

The bill has been introduced by Sen. Marco Rubio of Florida, Sen. Ted Cruz of Texas, and Sen. Dean Heller of Nevada, as The Intercept reported on Wednesday. Although Congress passed a law in 1995 requiring the American embassy to be moved from Tel Aviv to Jerusalem, the three presidents who could have been required to implement that law (Bill Clinton, George W. Bush, and Barack Obama) invoked a waiver that would allow them to postpone doing so on national security grounds. Because moving the embassy to Jerusalem is widely believed to make a two-state solution impossible, such a move has been viewed as dangerous to peace and stability in the region.

Both Rubio and Cruz tried to use the fact that the State Department under Hillary Clinton failed to respond to requests for adequate security at the American embassy in Benghazi against her.

"What we do know leads to the inescapable impression that before, during, and after the Benghazi attacks, there was confusion and paralysis at the Department of Defense, the Department of State, and the White House," Cruz wrote for National Review in 2013.

"The report also brings to light the extraordinary failure on the part of officials at the State Department, including Secretary Hillary Clinton, to grasp the security risks in Libya and Benghazi in particular, and take the appropriate action to protect Americans stationed in that country," Rubio wrote for Breitbart in June.