Trump's war on intelligence: Open conflict between the next president and his spy chiefs 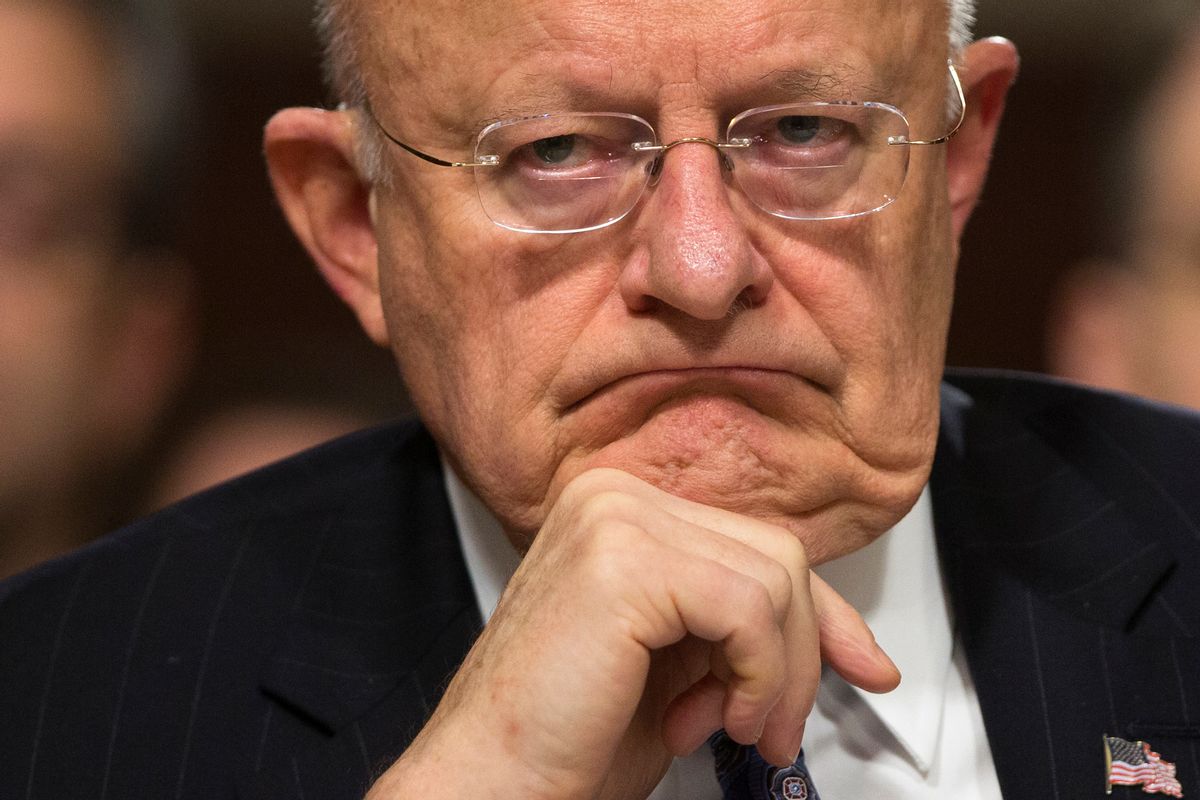 The heads of America’s cyber-intelligence apparatus shuffled over to Capitol Hill Thursday morning to appear before the Senate Armed Services Committee and testify about the allegations of Russian interference in the 2016 election. Yet the position of members of the intelligence community on this issue has long been known. They believe that Russia ordered acts of cyber-espionage be committed against the Democratic National Committee and Hillary Clinton's campaign chairman John Podesta and that those orders could have come only from the highest levels of the Russian government. Today’s hearing was a table setter for a report on the hacking about which policymakers will be briefed in the coming days.

One of those policymakers is President-elect Donald Trump, who did everything in his power to heighten the significance and drama of this hearing by spending the better part of a week insisting that members of the intelligence community were full of crap. On New Year’s Eve, Trump said he knew “things that other people don’t know” about the hacking allegations and that he would reveal them after a few days. (In the style of a seasoned reality-TV host, he never did.) He hopped on Twitter and started taunting the intelligence community, while giving credence to Russia’s denials that it had been involved in any way.

Unfortunately, Thursday’s hearing didn’t teach us anything about what the government knows about Russia and hacking. Its main purpose was to give representatives of the intelligence community — James Clapper, director of national intelligence; U.S. Cyber Command head Adm. Mike Rogers and Under Secretary of Defense for Intelligence Marcel Lettre — an opportunity to push back against Trump's stance and receive the fawning adulations of senators charged with their oversight. (There was also the requisite grandstanding and ax-grinding on the part of committee members.)

This is all ridiculous, and it’s hard to see what good comes from the fact that Trump and the intelligence community are already at war with each other two weeks before he even becomes president. You can amass mountains of evidence tearing down the credibility of both sides in the conflict, but ultimately these are the people who will be responsible for safeguarding our national security. It would be better if their relationship from Day 0 wasn’t one of outright hostility.

A few related aspects to this conflict are especially worrisome. It’s clear that Trump’s resistance to what the intelligence agencies are saying is motivated not by healthy skepticism but instead his overriding self-interest. If Trump were to allow that perhaps Russia had an impact on the election, he would be undermining his legitimacy as president. So he’s laying down a marker for the intelligence community: If he doesn’t want to hear something, then it’s not credible. Recent history tells us of the danger of that worldview.

When it comes to having skepticism about the intelligence community’s findings, this is more than warranted given how often the spy agencies are wrong. But in this particular case, we don’t even know yet what the intelligence community has found regarding Russia and hacking. That hasn’t stopped Trump from loudly and frequently insisting that its findings were incorrect. As Clapper put it during the hearing, “There’s a difference between skepticism and disparagement.”

Specifically, skepticism is necessary to improve the accuracy of what the intelligence agencies turn up, while disparagement within an information vacuum has the opposite effect. If Trump’s just going to dump on his own intelligence apparatus when it suits his purposes, he’s going to alienate competent and independent-minded individuals within those agencies.

Sen. Mazie Hirono, D-Hawaii, got at this point during her round of questioning, asking, “If this attitude toward the intelligence community doesn’t change on the part of decision-makers, including the president [elect], would you agree that it would make it that much harder . . . to attract the kind of cyber-experienced workforce that we need to protect our country?” Clapper said that it could, as could the fact that private companies are willing and able to pay higher salaries for this sort of work than the government.

Trump will reportedly be briefed on the intelligence community’s findings on Friday, and a declassified version of the intelligence report on the purported Russian hack is supposed to be released next week. We’ll see whether the spy agencies have a strong case to make linking Vladimir Putin's government to the political hacking of 2016. Either way, there’s little reason to think that Donald Trump will stop poisoning his own intelligence well.