Despite claims that tax cuts will create jobs, corporations are already talking about how to get rich from them

Not surprisingly, the corporations who claim they'll use tax cuts to create jobs plan on just getting richer 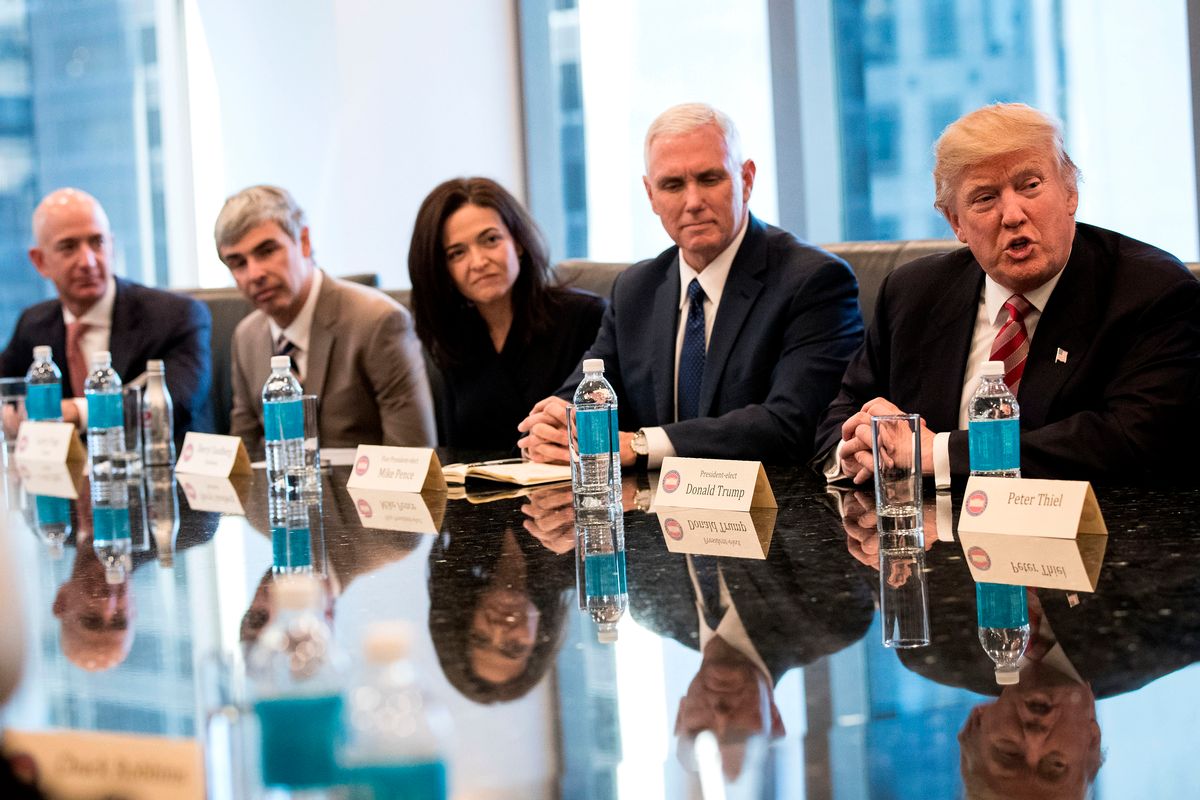 While President-elect Donald Trump claimed during his campaign that giving a tax break to American multinational corporations will create jobs, it turns out that companies themselves are already planning on using that money to get richer instead.

In an analysis of dozens of earnings calls and investor conference talks since Trump's election, The Intercept reported on Thursday that many executives have admitted that they plan on using the money to increase dividends and stock buybacks and purchase competing businesses. Little if any emphasis was placed on hiring new workers.

The argument made by Trump and other fiscal conservatives has been that, if multinational corporations are given a 10 percent tax rate on the profits that they've stored in overseas bank accounts, they will invest that money in expanding their businesses and creating new jobs. Because these offshore profits amount to roughly $2.5 trillion in total, this would theoretically be a major boon to the working class, as it equals roughly 14 percent of the entire U.S. economy.

Yet as The Intercept pointed out, companies like IT firm Cisco — despite being a conspicuously vocal proponent of a tax holiday on the grounds that it would create jobs — admitted during a Nov. 16 earnings call that they would actually use the money for "a blend of actions we can certainly take with our dividend as well as our share buyback, as well as leading flexibility for us to be able to do M&A and strategic investments."

Likewise, although Hewlett Packard has claimed that a tax holiday would help create jobs, they admitted during an earnings call that they would use a tax cut "for a dividend, or to raise the buyback" and planned on engaging in "aggressive" share repurchases.

This wouldn't be the first time that an intended tax holiday for large corporations wound up failing to deliver results for anyone besides the super-rich. When Congress passed a repatriation plan in 2004 with a 5 percent rate — and even added a requirement that they be invested in worker training or research and development — it was later discovered that for every dollar companies brought home, they increased shareholder payouts between 60 and 92 cents.

The largest beneficiary of the plan, Pfizer, wound up cutting 11,748 jobs in the United States during the following three years. As the Joint Committee on Taxation later observed, tax holidays even wind up hurting America's tax revenue, since companies usually wind up continuing to store their profits offshore in order to compel conservatives to pass another tax holiday later on.