The report creates an analytical catch-22: the DNI couldn't reveal its smoking gun even if it had one 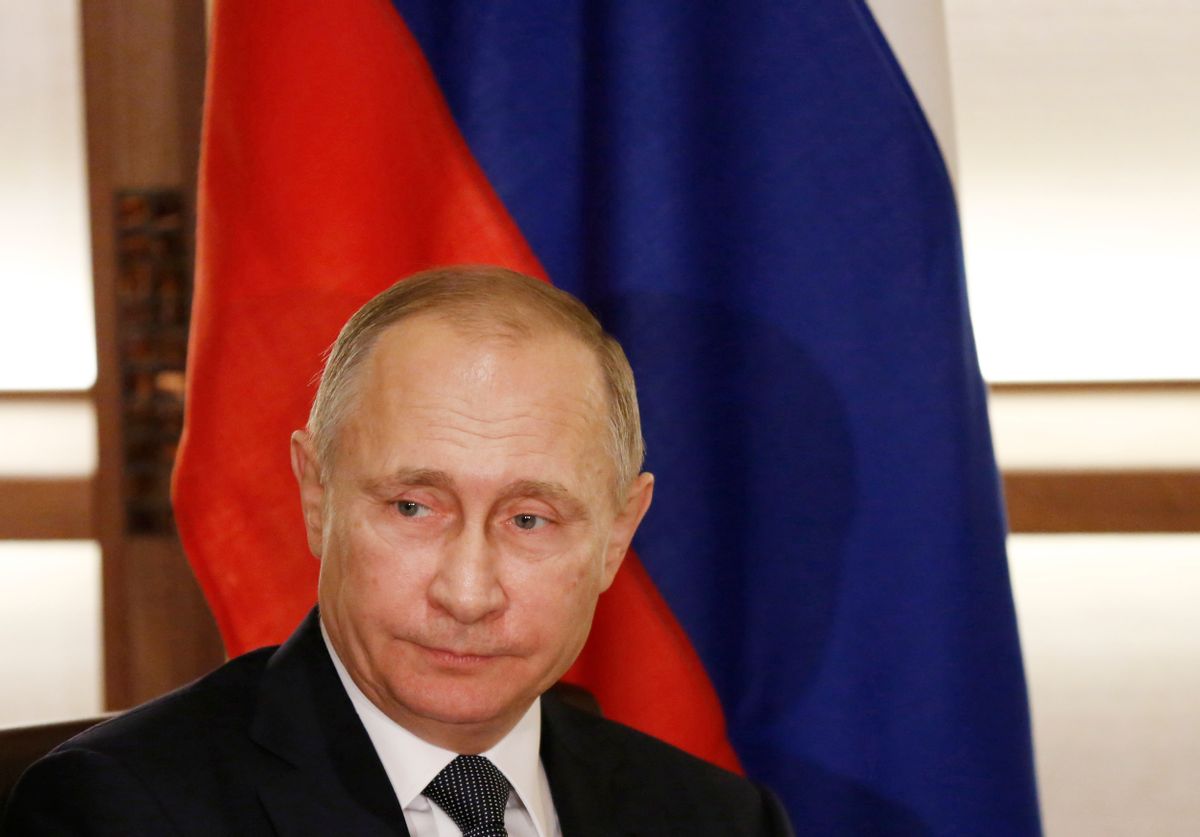 Russian President Vladimir Putin is seen in Nagato, western Japan, Thursday, Dec. 15, 2016. The Obama administration suggested Thursday that Putin personally authorized the hacking of Democratic officials’ email accounts in the run-up to the presidential election, which intelligence agencies believe was designed to help Donald Trump prevail. The White House also leveled an astounding attack on Trump himself, saying he must have known of Russia’s interference. (Toru Hanai/Pool Photo via AP) (AP)
--

The Office of the Director of National Intelligence has released its official report on the alleged Russian hacking efforts directed against the 2016 presidential election. It is a report that, like so much of the case indicating Russian culpability, contains an overwhelming amount of circumstantial evidence -- but there's still no smoking gun.

"'Assessing Russian Activities and Intentions in Recent US Elections' is a declassified version of a highly classified assessment that has been provided to the President and to recipients approved by the President," the report begins. Perhaps anticipating that its lack of conclusive evidence proving Russian involvement would be seized upon by critics, the authors explain that "the Intelligence Community rarely can publicly reveal the full extent of its knowledge or the precise bases for its assessments" for fear that future investigations could be compromised.

This unsurprising analytical Catch-22 forces the DNI to rely on circumstantial evidence. If there indeed was a smoking evidential gun, the office almost certainly couldn't release what it was for legitimate reasons. Yet hiding the fact that there was no smoking gun in this investigation under the guise of national security is not beyond the scope of possibilities.

"Thus, while the conclusions in the report are all reflected in the classified assessment, the declassified report does not and cannot include the full supporting information, including specific intelligence and sources and methods," the report added.

In a section titled Key Judgments, the report argues that "Russian President Vladimir Putin ordered an influence campaign in 2016 aimed at the US presidential election. Russia’s goals were to undermine public faith in the US democratic process, denigrate Secretary Clinton, and harm her electability and potential presidency. We further assess Putin and the Russian Government developed a clear preference for President-elect Trump. We have high confidence in these judgments."

The DNI also insists that "all three agencies agree with this judgment. CIA and FBI have high confidence in this judgment; NSA has moderate confidence."

Russia targeted both the Democratic and Republican parties, the DNI report continued, and Guccifer 2.0 and DCLeaks.com were created by Russian military intelligence (GRU). The report concluded that Russian operatives passed on the information to WikiLeaks and that vote tallying systems were not targeted by the hackers' efforts.

The remainder of the report details various ways the DNI believes Russia attempted to target institutions that could undermine the American public's faith in democratic institutions and/or hurt Hillary Clinton's chances of defeating Donald Trump, as well as propaganda campaigns undertaken by the Russian government both within and outside of its own country.

Although the report proves that the Kremlin vastly preferred Trump to Clinton, it did not provide any evidence conclusively demonstrating that Russia was behind the hacks. It remains to be seen whether the circumstantial case they did amass will prove sufficiently persuasive to Trump and those who support his denialism on this issue.