Republicans face the obvious on Obamacare: Their replacement will be worse

After years of bluster, GOP lawmakers must now face the facts: Their weak "replacement" isn't what Americans want 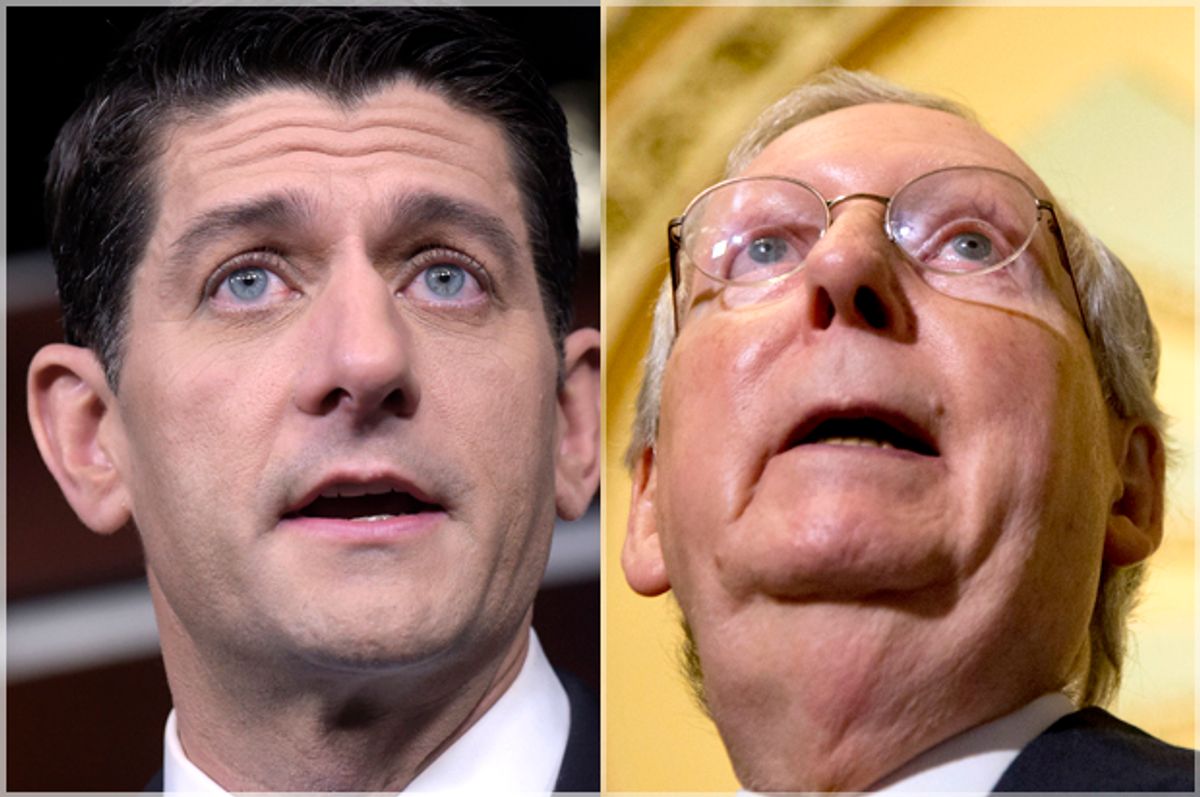 On Thursday Politico’s Playbook made a point about the current Republican attitude toward a repeal of Obamacare that seems like an important admission:

Republicans are now realizing how hard it will be to replace the law, and many of them have plainly settled on the fact that they will never be able to craft a plan to insure as many people as Obamacare does.

It seems obvious to point out that fewer people having health insurance is an unavoidable effect of repealing the Affordable Care Act. Which is why Republican lawmakers have spent seven years gliding past that inconvenient fact like a hawk stalking its prey, hoping the animal won’t see its shadow until it's too late. GOP leaders have tried to disguise this fact all along beneath a blizzard of doublespeak and the sorts of promises for which they have mocked President Barack Obama for most of his time in office.

This has meant a lot of soothing talk about how no one will lose their plan the day President-elect Donald Trump is inaugurated or vague promises about guaranteeing “universal access” to health insurance, so that, as one anonymous House aide told reporters in December, “everybody can . . . find coverage if they choose to.” Which is not exactly the same as actually having affordable and comprehensive insurance. Just this week, Trump aide Kellyanne Conway told a panel on MSNBC's "Morning Joe," “We don’t want anyone who currently has insurance to not have insurance,” a comment that could very well go down as the GOP’s “If you like your doctor you can keep your doctor” moment.

Left unsaid is that without the regulations and taxes that help fund the Affordable Care Act, for which members of Congress have already started the repeal process, insurance plans will be more expensive, with higher deductibles and less actual coverage. This means that consumers will either have to choose going without insurance or paying more for weaker coverage. That latter result would be the functional equivalent of not having insurance at all, since a provider saying it won’t pay for a new kidney means not getting a new kidney without having a spare fortune lying around to pay for it.

Prominent Republicans like Paul Ryan like to claim that Obamacare is causing untold suffering and the American people are in desperate need of relief. What they don’t want to mention is that reducing coverage, which all the GOP replacement plans would inevitably do, is the opposite of what the American people say they want.

For example, a Gallup poll from last May indicated that 58 percent of Americans “favor the idea of replacing the law with a federally funded healthcare system that provides insurance for all Americans.” A Kaiser poll in December 2015 showed the same percentage of Americans favored the idea of “Medicare for all.”

So those advancing a repeal of Obamacare are charging full steam ahead in Congress. This is despite the fact that the GOP has not coalesced around a replacement plan to increase health insurance coverage for Americans as well as the fact that Ryan’s latest twist in the saga, to tie defunding Planned Parenthood to Obamacare repeal, would decrease the availability of health care for millions of poor women. That organization, it should be noted, enjoys a favorability rating of 59 percent, according to Gallup, and a majority of Americans oppose its defunding.

Basically, everything the Republicans are doing would result in the exact opposite of what a majority of Americans are saying they want — lower medical bills and comprehensive coverage for more people. Whether the Republican majority in Congress is listening or will pay a price for cutting Obamacare a painful piece at a time over a period of years remains to be seen. Right now, the answer to the first question seems to be a resounding no.