Roof seems to want to be a martyr for his deadly, racist beliefs. We shouldn't let him off that easy 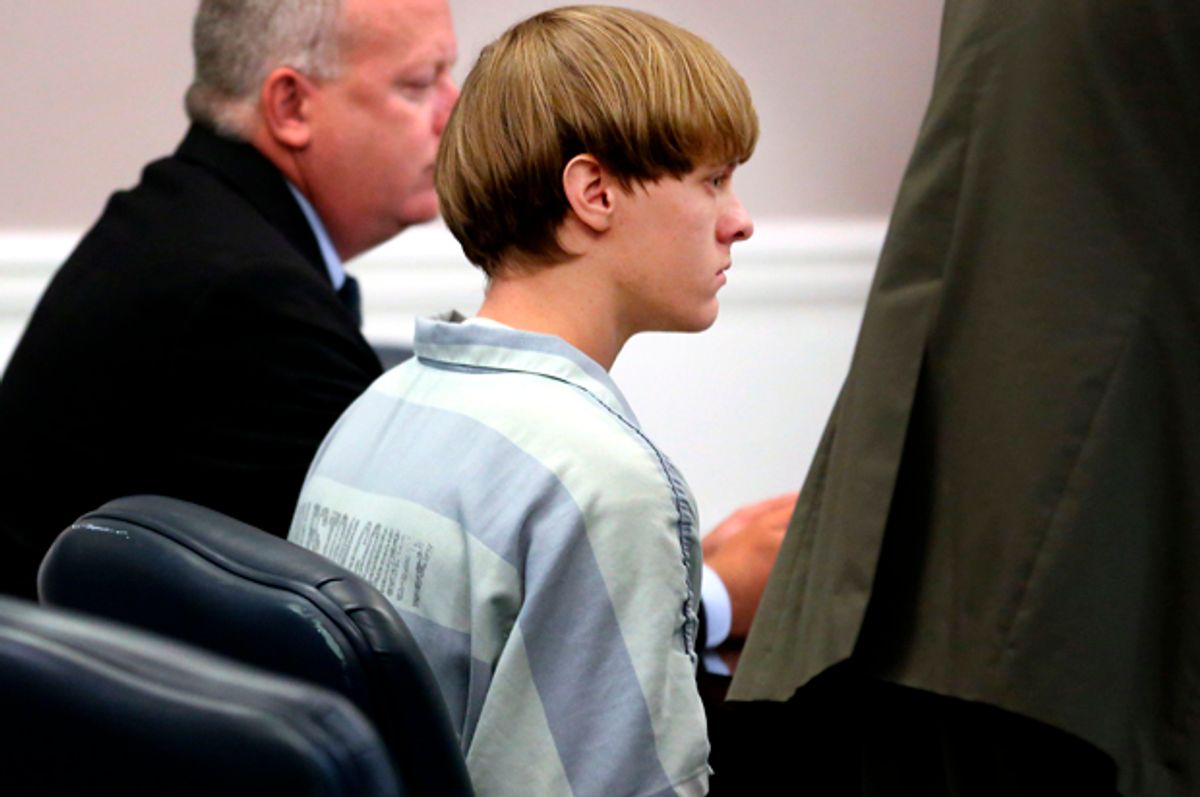 Who you know ever
Seen God?

But everybody seen
The Devil

That quote from Amiri Baraka’s poem "Somebody Blew Up America" makes me think of Dylann Roof  and that icky feeling that coats my stomach every time his face flashes across the TV screen or appears on my social media timelines.

On June 17, 2015, Roof, who was 21 at the time, visited a weekly Bible study held at Emanuel African Methodist Episcopal Church in downtown Charleston, South Carolina, and kicked it with congregation members as they praised God. Then he opened fire and killed nine innocent victims. Shortly after the massacre, Roof fled the scene and was captured a day later in Shelby, North Carolina, where the arresting officers purchased him a cheeseburger.

Roof, now facing the death penalty, is representing himself. On Thursday he told the court, “I would like to make it crystal clear I do not regret what I did. I am not sorry. I have not shed a tear for the innocent people I killed.”

I think, though, that Roof knows that he’s worthless and wants to die but is too much of a worthless coward to kill himself. Roof probably thought that his arresting officers would shoot him, but it doesn’t work like that. Cops are only conditioned to shoot black gunmen, unarmed black people and, well, anything black in general. When it comes to white people like Roof, even after they murder a whole class of Bible studiers, cops become restraint experts. Their guns go warm — cold, even. They don’t pull the trigger after 20-second interactions like they might in cases dealing with black people. They show up and treat killers to cheeseburgers.

Nothing is wrong with Roof. He is proud of his cowardly act and wants to be rewarded with death. I think he should live. The death penalty is too good for him. He needs to sit and rot in prison. Roof said, “There’s nothing wrong with me psychologically,” meaning that that he clearly understands his two options. Between death or living the rest of his natural life in jail, the latter is a far more painful punishment.'

Cover him in pain. Surround him by the things he hates and mentally torture him for the pain he has caused to so many people. Death is too good for someone like Roof. Let him die of natural causes in a box instead.