What's next for Yahoo and Verizon?

The Verizon deal is still in progress, but shareholders may need to be placated after news of second data breach 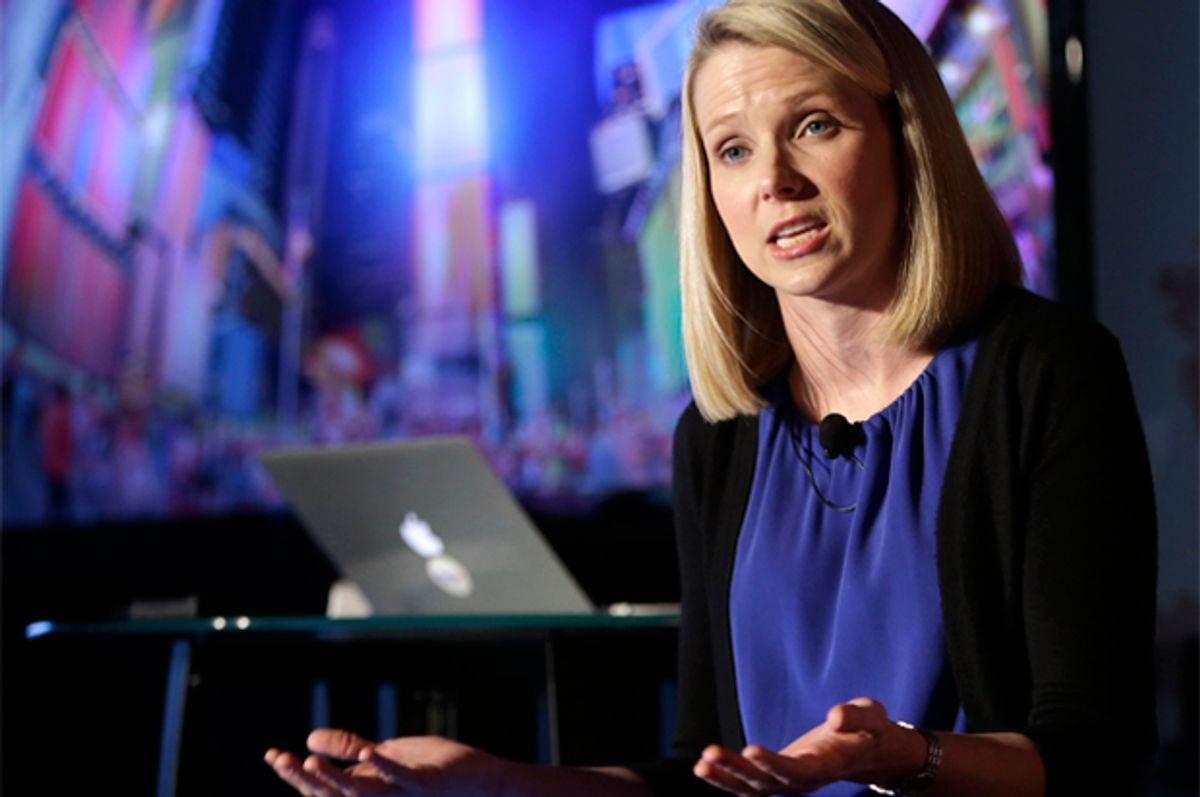 By the end of March, Yahoo is supposed to enter a new phase of its 23-year existence through its acquisition by wireless carrier Verizon. But last month’s revelation that a billion Yahoo user accounts had their e-privacy compromised in what is being called the biggest-ever theft of personal data has raised questions about whether the $4.8 billion deal will actually go through.

Even before Yahoo announced the security incident there were already reports Verizon was seeking a discount on the previously agreed-upon price after Yahoo disclosed in September a separate breach, news that raised concern among Verizon shareholders.

“Verizon needs a major concession to placate its shareholders,” John Colley, a professor of strategy and leadership at Warwick Business School in the U.K., told Salon by email. “However I suspect they are keen to persist with the original strategy despite much criticism from shareholders.”

If Verizon were to pull out of the deal, it’s unclear who else would want Yahoo. Buyers, including private equity firms, generally avoid companies with potential legal liabilities, and Yahoo is facing the prospect of major class action lawsuits. Because of the sheer number of potential plaintiffs, the settlements could be huge.

If the deal collapses, Colley says Yahoo would likely pivot to cost-cutting, much like Twitter, which announced layoffs and office closures in October, as the microblogging site struggles with anemic subscriber growth.

Verizon didn’t respond to Salon’s request for comment about progress toward closing the deal, but Marni Walden, Verizon's executive vice president, was noncommittal during an event with investors on Thursday. “I can’t sit here today and say with confidence one way or the other [whether the acquisition will go through] because we still don’t know," she said, according to the Wall Street Journal.

Tim Armstrong, head of Verizon subsidiary AOL, said Thursday on CNBC’s “Squawk on the Street” he remains “hopeful” the deal will close.

Verizon acquired AOL last year in a $4.4 billion deal. The carrier wants to buy Yahoo and then merge it with AOL (whose media assets include the Huffington Post, TechCrunch and Engadget) to create an enticing third option for digital advertisers, behind Google and Facebook. But that plan was potentially derailed after the security breaches were disclosed. Verizon executives reportedly feel that Yahoo’s value has been diminished by the hacks, which could adversely impact future growth in user accounts.

Yahoo said last month a massive data breach in 2013 exposed the private information of more than 1 billion user accounts, including names, dates of birth and passwords. The announcement came after Yahoo disclosed in September a separate breach of at least 500 million user accounts in 2014 by a “state sponsored actor.” The breach announced in September was discovered during a broad security investigation that began a month earlier. The second breach was uncovered after Yahoo reviewed data files provided by law enforcement officials in November.

Yahoo warned in its last quarterly report filed in November that Verizon “may seek to terminate . . . or renegotiate the terms” of the acquisition as a result of the security breach announced in September. "We are confident in Yahoo’s value and we continue to work towards integration with Verizon," a Yahoo spokesperson told Salon by email, a stance the company has maintained since the second security breach was announced on Dec. 14.

The breaches add to Yahoo CEO Marissa Mayer’s woes. The former Google executive took command of Yahoo in 2012 with hopes she would revive the once dominant Internet search giant, which lost significant ground to Google over the years. But after four years at Yahoo’s helm, Mayer has failed to improve the company’s financial position and market share. She’s been lambasted for many of her decisions, including the $1 billion acquisition of blogging startup Tumblr, which after three years hasn’t generated significant cash flow. It’s unclear how much longer Mayer will remain at Yahoo’s helm if the Verizon deal goes through — or even if it doesn’t.