Meryl Streep, Hugh Laurie and Viola Davis all had harsh words for the president-elect 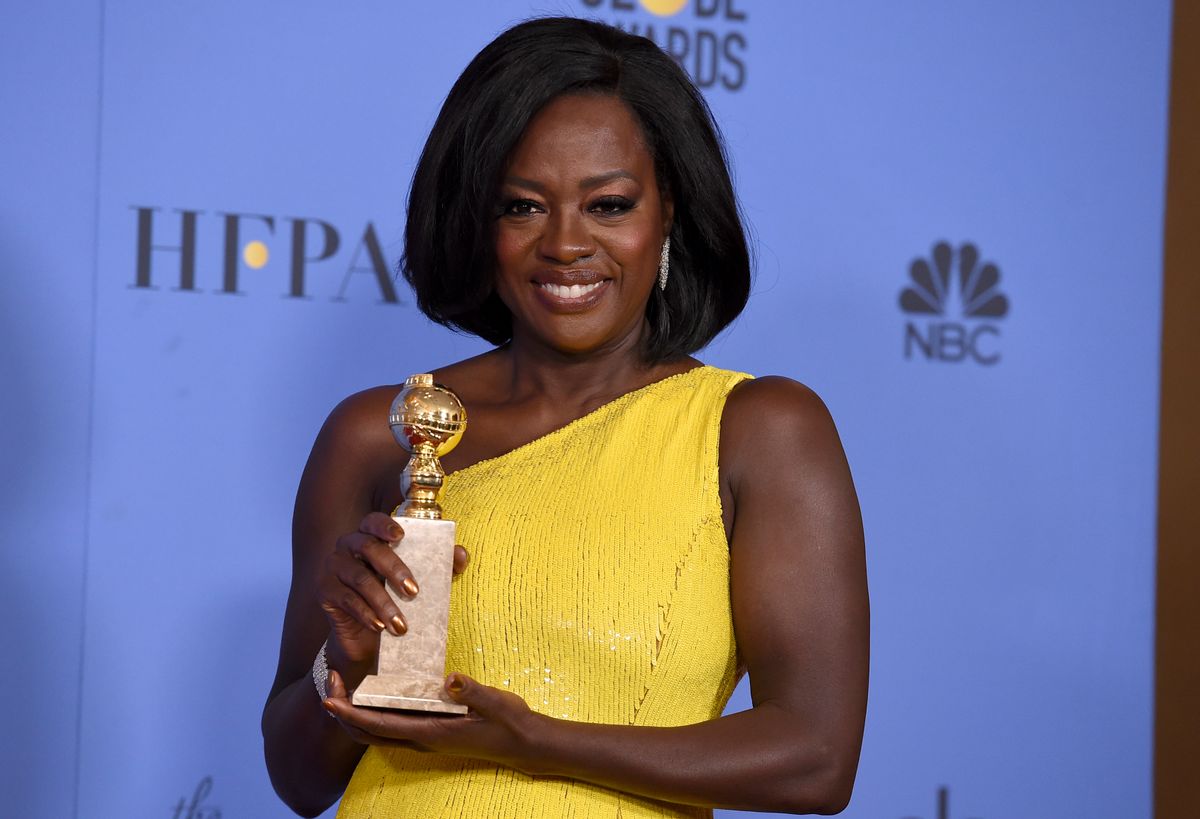 Viola Davis poses in the press room with the award for best performance by an actress in a supporting role in any motion picture for "Fences" at the 74th annual Golden Globe Awards at the Beverly Hilton Hotel on Sunday, Jan. 8, 2017, in Beverly Hills, Calif. (Photo by Jordan Strauss/Invision/AP) (Jordan Strauss/invision/ap)
--

Meryl Streep, Viola Davis and Hugh Laurie all had harsh words for President-elect Donald Trump after winning big at the Golden Globes Awards on Sunday night.

Streep, who won Best Actress for her role in "Florence Foster Jenkins," denounced Trump for ridiculing a disabled reporter during his presidential campaign.

"This instinct to humiliate, when it’s modeled by someone in the public platform, by someone powerful, it filters down into everybody’s life, because it kind of gives permission for other people to do the same thing," Streep said. "Disrespect invites disrespect. Violence incites violence. And when the powerful use their position to bully others, we all lose."

Viola Davis, who won Best Supporting Actress for her role in "Fences," argued that Trump's ascendancy was symptomatic of deeper problems with how the American dream isn't being fulfilled.

"I will, believe it or not, remove Trump from the equation, because I feel that it's bigger than him," Davis said. "I believe that it is our responsibility to uphold what it is to be an American and what America is about and the true meaning of what it means to pursue the American dream."

"America, in and of itself, has been an affirmation. But I think that we've fallen short a lot, because there is no way that we can have anyone in office that is not an extension of our own belief system," Davis added. "So then what does that say about us? And I think that, if you answer that question, that says it all," she said. "And I know that it is very ambiguous."

Hugh Laurie, who won Best Supporting Actor in a TV movie or Limited Series for "The Night Manager," denounced Trump by saying, "I won at the last ever Golden Globes" He then added, "I don't meant to be gloomy, it's just that it has the words Hollywood, Foreign, and Press in the title; I just don't know what. . .  I think to some Republicans even the word association is slightly sketchy."

Other jabs at Trump came from Jimmy Fallon, who compared the president-elect to "Game of Thrones" villain King Joffrey in his opening monologue before ridiculing the number of celebrities who had turned down performing at his inauguration, and "Zootopia" director Byron Howard, who upon winning Best Animated Feature discussed how his movie wanted to send a message "to adults about embracing diversity, even though there are people in the world who want to divide us using fear."