The conflicts of interest Donald Trump recently canceled added up to less than $400,000

The president-elect has canceled business contracts to avoid the appearance of conflict, but he hasn't made a dent 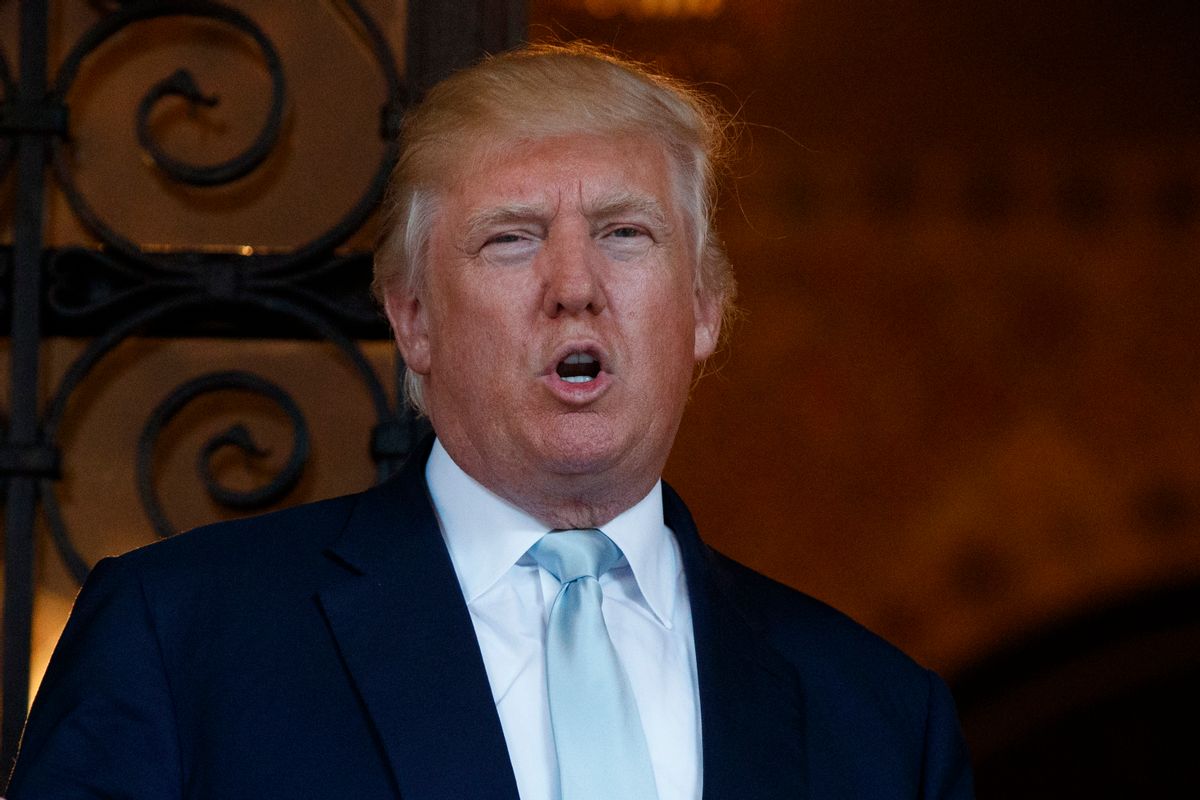 FILE - In this Dec. 28, 2016 file photo, President-elect Donald Trump speaks to reporters at Mar-a-Lago in Palm Beach, Fla. For almost eight years, the members of the Congressional Black Caucus existed in the shadow of the first black president, simultaneously praising President Barack Obama’s achievements while pushing him to do more for their constituents who overwhelmingly supported his history-making campaign and administration. (AP Photo/Evan Vucci, File) (AP)
--

When confronted about his numerous conflicts-of-interest, President-elect Donald Trump's business organization likes to tout how he has withdrawn from contracts to address that problem. Despite having a $3 billion company, however, Trump's canceled contracts amount to less than $400,000.

The combined revenue generated by the projects from which Trump has so far withdrawn amounts to only $323,150 for 2015 and the first half of 2016, according to a Bloomberg report on Monday. The report was based on Trump's own financial disclosure forms filed with the Federal Election Commission in May.

Trump's projects included branding opportunities for building in Argentina, Azerbaijan, Brazil and Georgia. The Argentine project lacked the necessary permits, the Azerbaijani building contained a partner with family ties to that country's government, the Brazilian project was the subject of a criminal probe, and the Georgian project has stalled due to internal political conditions in that former Soviet republic.

The article also noted that because Trump has not released his tax-returns and the structures of the licensing deals aren't public, it's impossible to know the extent of his conflicts, the profitability of those real estate ventures, or whether they could have been realistically expected to earn more money in the future.

"There are such deep-seated conflicts of interest built into this that it takes your breath away," said Norman Ornstein, a political scientist at the American Enterprise Institute, in an interview with Bloomberg. "This is barely lip service to the notion that you’re doing something about it."

On Monday, Sen. Elizabeth Warren, D-Massachusetts, is planning on introducing legislation on Monday to require Trump to divest his business holdings altogether.She's one of many people arguing that Trump is violating the Emoluments Clause, which prevents officeholders from getting funds from foreign sources. The president-elect has so far refused to do that.