But with or without the Clean Power Plan, energy-related carbon emissions are not expected to change much 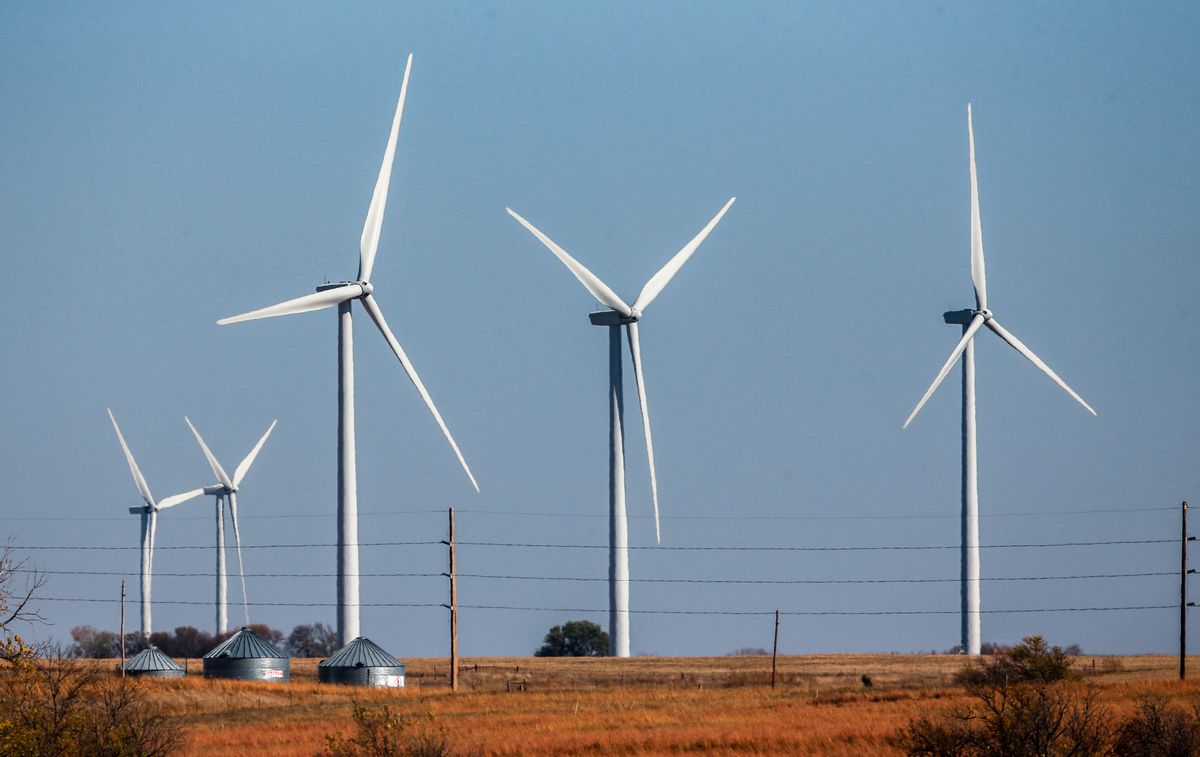 The amount of energy Americans use and the pollution they emit from using coal, oil and natural gas are not likely to change radically over the next 30 years, even as the United States becomes a major energy exporter, according to the U.S. Energy Information Administration’s Annual Energy Outlook published last week.

The outlook, which does not factor in any policies from the incoming fossil fuel-friendly Trump administration, shows that the United States is unlikely to make significant gains in reducing greenhouse gas emissions to meet its obligations under the Paris Climate Agreement, even though zero-carbon renewables are expected to grow faster than any other energy source over the next three decades.

America is likely to become a major exporter of energy because it is expected to produce about 20 percent more energy than it does today through 2040 while using only about 5 percent more energy, said EIA administrator Adam Sieminsky.

“We’re going to have fairly strong domestic production of energy and relatively flat demand,” he said. “You put those two together, it implies that the U.S. could become a net energy exporter.” And that could happen as soon as 2026.

That scenario, in addition to gains in energy efficiency across the country and declining coal consumption, will keep annual carbon emissions from energy use roughly level with today’s — about 5.2 billion metric tons of carbon dioxide, according to EIA data. Energy-related carbon emissions in the United States have been falling since they peaked at about 6 billion metric tons in 2007.

The EIA offers a variety of different projections for how Americans will produce and use energy in the coming decades. The scenario in which the United States emits the most carbon dioxide through 2040 is the one in which the Obama administration’s signature climate change policy, the Clean Power Plan, is tossed out by the courts or the incoming Trump administration.

The Clean Power Plan, a major key to the success of the Paris Climate Agreement, was designed to limit carbon dioxide emissions from existing coal-fired power plants, encouraging utilities to generate more and more electricity using natural gas and renewables. But the plan’s fate is in doubt because 24 states have sued to kill it, the Supreme Court has temporarily blocked it, and the incoming Trump administration has vowed to rescind it because it wants to revive the flagging coal industry.

Regardless of the fate of the Clean Power Plan, energy-related carbon emissions are not expected to change much. If the plan is rescinded or overturned, the United States will emit about 5.4 billion metric tons annually through 2040 — slightly higher than today. If the plan remains in place, emissions are expected to drop to about 5 billion metric tons annually.

The biggest change the EIA expects to see over the next 30 years is one that’s already in progress today: Americans are expected to use more and more natural gas and renewables than they do now. Natural gas production is expected to grow 1.2 percent through 2050, with wind and solar power production growing 3.5 percent.

“If the Clean Power Plan is not implemented, if natural gas prices remain relatively low and the tax credits in the renewables area play out a little, we will see more natural gas in the future,” Sieminsky said.

The fracking boom in the United States over the past decade has flooded the country with natural gas, bringing prices down. Cheap natural gas, more so than climate regulations under the Clean Power Plan, has encouraged electric power companies to switch away from coal-fired power plants, which have always formed the backbone of the energy grid. The trend is expected to continue over the next 30 years.

For example, just this week, the operator of one of the West’s largest coal-fired power plants, the Arizona’s Navajo Generating Station northeast of the Grand Canyon, announced the plant and the coal mine that supplies it may close this year because of low natural gas prices, according to the Arizona Republic newspaper.

Despite growth in natural gas and renewables, the EIA expects coal production will continue a slow but gradual decline, falling only 0.7 percent through 2050.

Sieminsky said the decline in coal use will translate worldwide as well, and the fate of the Clean Power Plan isn’t much of a factor in the long-term outlook for coal because utilities have already begun committing to using natural gas for electricity generation.

“Capital costs of building coal plants are high,” he said. “A lot of countries are moving away from coal for air pollution reasons. It’s not a climate issue — it’s more of a health issue.”

China, for example, has begun shuttering coal-fired power plants to reduce its urban smog — the worst in the world.