As automakers pile more microchips into modern vehicles, they can overlook an important factor: the human one 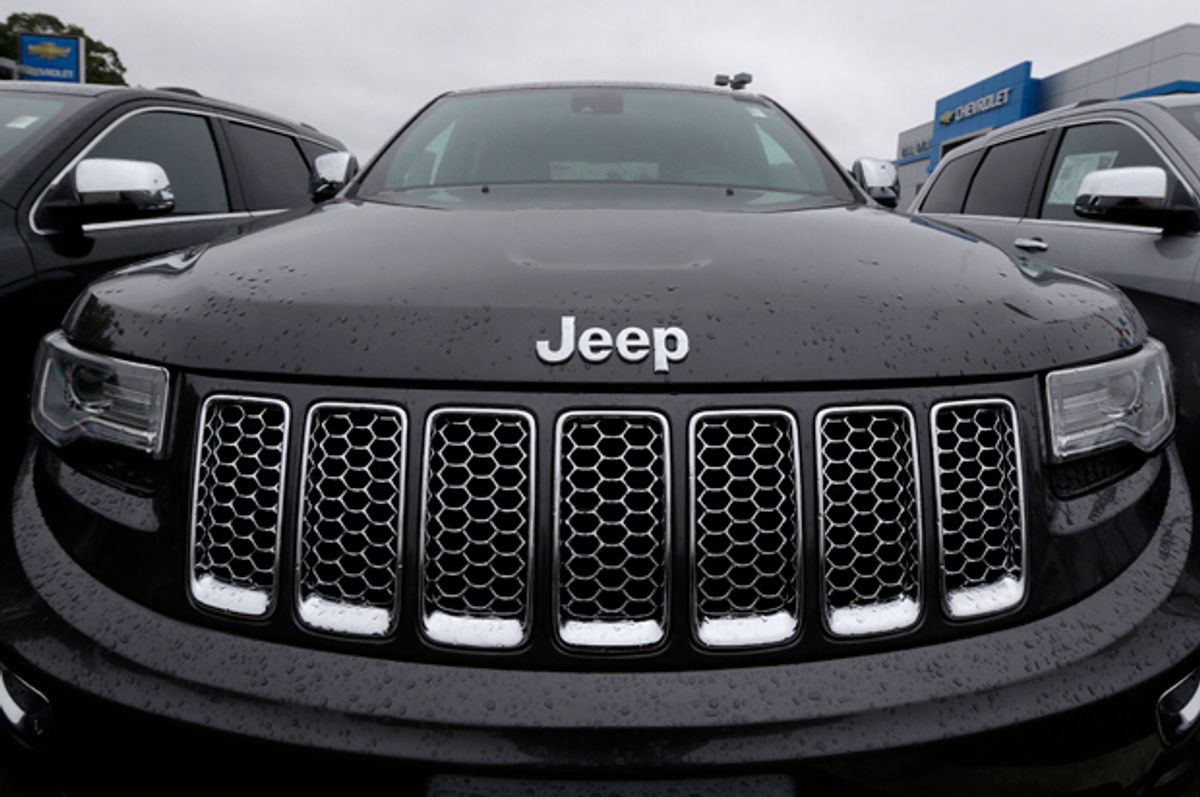 Detroit’s annual international car show, which opens this week, will feature the latest automotive technologies as manufacturers speed their way toward the future of mobility. But in this mad dash to turn cars into rolling semiautonomous computers, engineers and company executives may be overlooking how consumers interact with new automotive features, which can open up innovative ways for cars to injure and kill people.

Just before the holidays, the National Highway Traffic Safety Administration launched an investigation into roughly 1 million Dodge Durango SUVs and Ram 1500 pickup trucks made by Fiat Chrysler Automobiles following more than two dozen reports of injuries and accidents. According to the government watchdog, consumers have complained that after they exit the vehicles, they roll away even after they're put into park.

If that sounds familiar, it is. Last year, Fiat Chrysler Automobiles recalled 1.1 million Chryslers, Dodges and Jeeps for a similar problem that was linked to the death of “Star Trek” actor Anton Yelchin, who was crushed in June by his 2015 Jeep Grand Cherokee after it rolled down the driveway of his Los Angeles home. Investigations have linked Fiat Chrysler's choice of electronic gear selectors to this and other accidents in Jeep Grand Cherokees, Dodge Chargers and Chrysler 300 sedans. Last month the highway administration began to scrutinize a different Fiat Chrysler gear shifter for the same issue that led to last summer’s recall.

To say these electronic gear shifters are subtle is an understatement. Instead of the clunky gear-selection lever that’s been used for decades, these new shifters are accessed through dials, buttons or computer-mouse-sized handles designed mostly to make vehicle interiors look more modern and sleeker. But some critics have lambasted them for being counterintuitive electronic solutions to problems that don't exist. It could be argued that Yelchin didn’t die because of an inherent mechanical flaw in his Jeep but because the design of the electronic gear shifter led him to believe he had put the car in park. The family has filed suit.

Kevin Borg, an associate professor at James Madison University who specializes in automotive history, said the tendency of automakers to put a layer of electronics between the driver and the mechanical components of the vehicle leads to “technological opacity.”

“The people who are designing these new features become so familiar with their novel technology that they don’t always take into account human behavior,” Borg told Salon. “But that’s part of their job, to figure out human behavior before introducing a new feature.”

Fiat Chrysler’s shifter problem is not the only example of potentially fatal interaction between humans and in-vehicle electronics. In 2015, James Rogers, a 72-year-old war veteran in Port Arthur, Texas, died of heat exhaustion in his 2007 Chevrolet Corvette after the button used to electronically open the car door failed. GM later adjusted the Corvette’s user manual following numerous incidents of people struggling with its electrical doors.

In June Joshua Brown, 40, died in his Tesla Model S electric sedan in Williston, Florida, when he relied too heavily on Tesla’s recently deployed Autopilot function and collided with a truck that the car’s sensors failed to detect. After Tesla found that drivers were ignoring its instructions to keep their hands on the wheel, the company instituted more restrictions on the technology and threatened to remotely disable the Autopilot function if owners repeatedly disobeyed instructions.

Byron Bloch, a consultant with 40 years of experience in automotive safety, is calling for a new set of regulatory standards specifically for self-driving cars. He said manufacturers need to tap the brakes on their rapid electronification of vehicles.

“Automakers are rushing much too quickly into this kind of technology without ensuring that there is a foundation of at least minimal safety standards,” Bloch told Salon. “We need to catch our breath and do a more incremental approach and make sure there are very adequate regulations" in place.

Bloch also warned against letting car companies call the shots on new safety-related policies, citing the industry’s aggressive efforts in the 1970s to successfully block measures to mandate the deployment of new safety technologies. That push led to a nearly 30-year delay — until 1996 — in the requirement that automakers install air bags, decades after the life-saving technology was available. The arguments were similar to what you hear from companies today: Regulations raise costs to consumers and therefore should be avoided.

Last week Ford Motor CEO Mark Fields said he was optimistic about “tax and regulatory reforms” backed by the GOP-led Congress and President-elect Donald Trump, who on the campaign trail said as many as 70 percent of federal oversight rules are bad for business.

Just as consumers might need more protections from an industry that at times seems to put profits over people, the new administration appears ready to hand the keys to regulatory reform to the private sector. Considering these factors, it can feel almost like the world would be a safer place if everyone just rode bicycles.