Monica Crowley has lifted articles, scholarly works and even a podiatrist's website over the course of her career 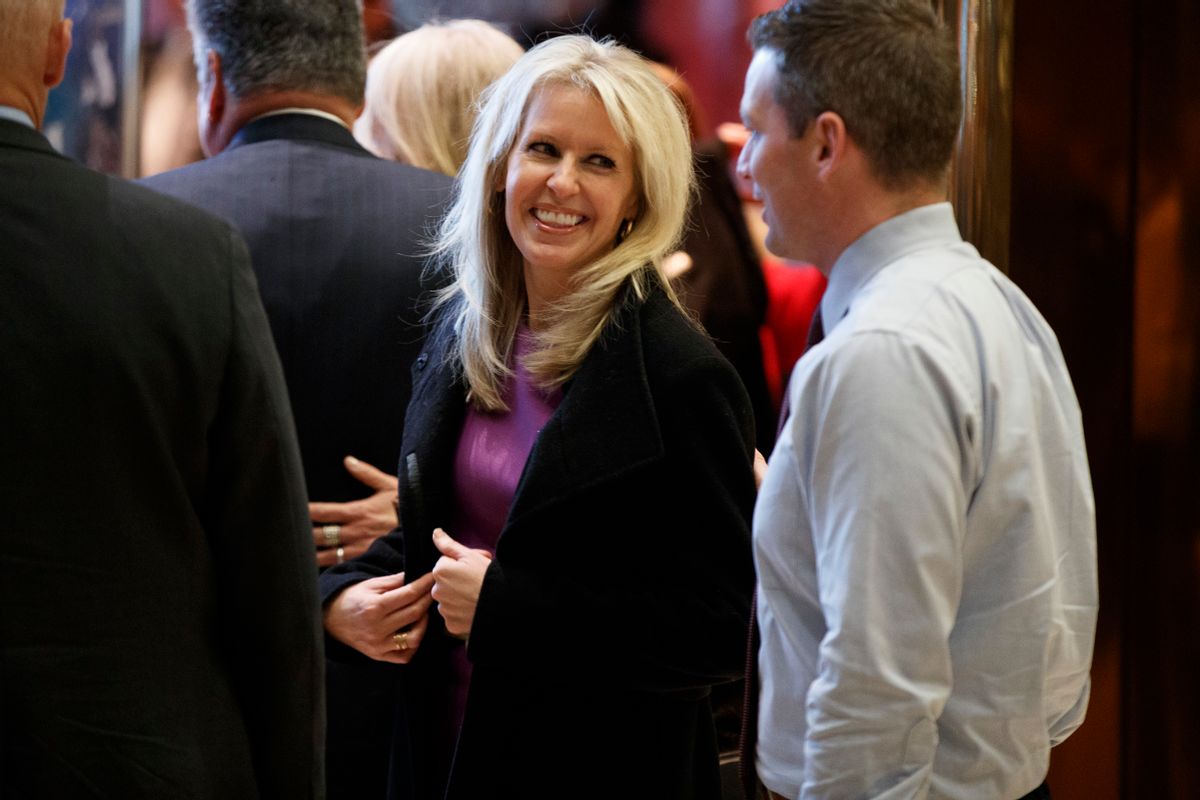 Monica Crowley, President-elect Donald Trump’s pick for senior director of strategic communications for the National Security Council, hasn’t done a great job protecting her own dirty work. According to Politico, the former Fox News analyst is a prolific plagiarizer.

While a candidate for an international relations Ph.D. at Columbia University in 2000, Crowley plagiarized multiple sections of her dissertation titled  "Clearer Than Truth: Determining and Preserving Grand Strategy: The Evolution of American Policy Toward the People’s Republic of China Under Truman and Nixon." Her thesis is kept on microfilm at the University of Michigan and accessible through the academic database ProQuest.

“More than a dozen sections of text that have been lifted, with little to no changes, from other scholarly works without proper attribution,” Politico reported. In other instances, Crowley identified sources but didn’t note that she was directly copying text; in other instances she didn’t attribute at all.

Crowley's failure to quote an author’s exact words and failure to paraphrase could violate Columbia's definition of unintentional plagiarism. Her writing also violates types I and II of Columbia's definition of intentional plagiarism, which are, respectively, "direct copy and paste" and "small modification by word switch," "without quotation or reference to the source,” Politico noted.

Politico’s findings follow a recent report from CNN which found that Crowley plagiarized more than 50 passages in her 2012 book "What the (Bleep) Just Happened." In this case, Crowley copied “directly from conservative columns, news articles, Wikipedia and in one case a podiatrist’s website.” Publisher HarperCollins said it would pull Crowley’s book from sale until it was revised.

Crowley was also accused of plagiarism in 1999 after a reader in California saw similarities between Crowley’s column in the Wall Street Journal  and a 1988 Paul Johnson piece in Commentary. WSJ published an editor’s note the following week acknowledging the parallels.

Before working for Fox News, Crowley was a research assistant and adviser for President Richard Nixon in the years after his White House tenure, and worked with him on two books. She later wrote two of her own books about Nixon, and has since shown that she’s learned as much about covering her own tracks.