Ryan said "You can't ever balance the budget if you don't get this economy growing." That's not what he said before 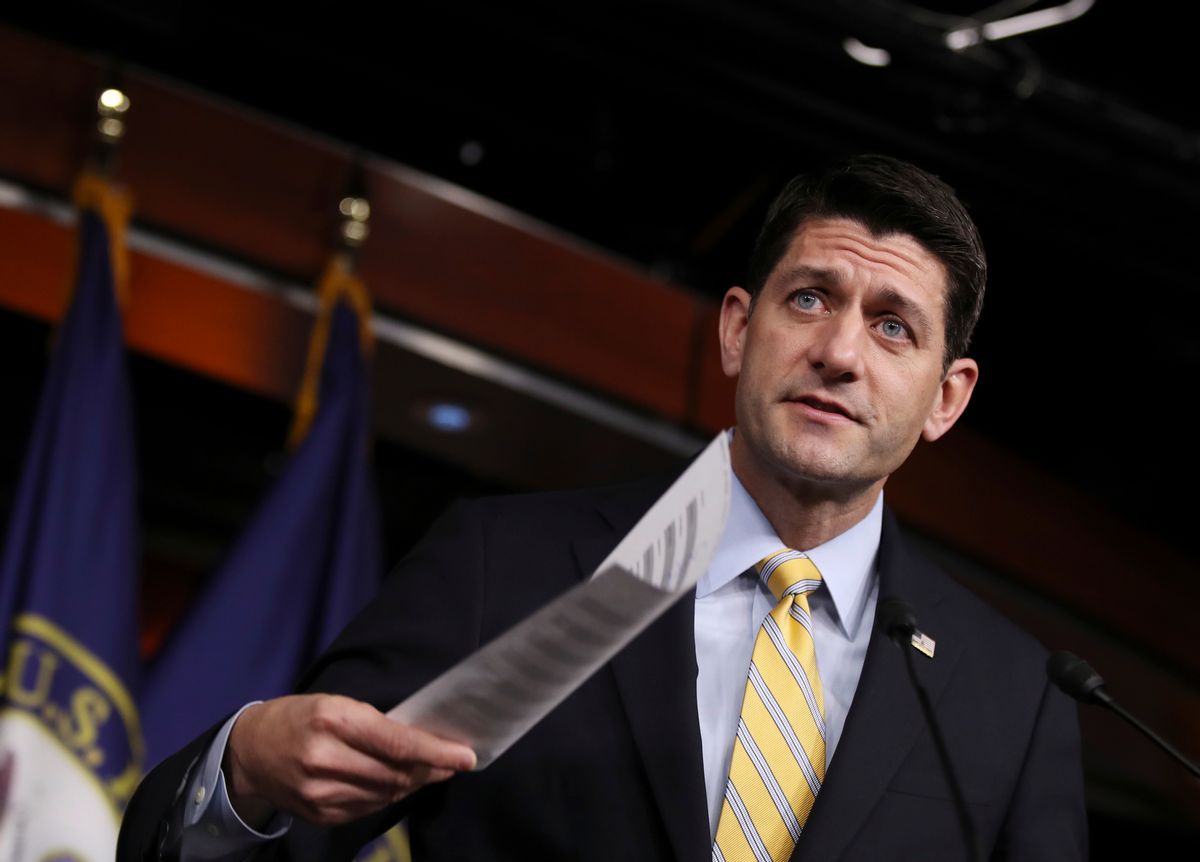 Despite characterizing themselves as the party of fiscal conservatism, Republicans are planning on pushing through a legislative agenda under President-elect Donald Trump that will cause the deficit to balloon.

These include an important method for repealing the Affordable Care Act, namely a budget resolution that will add $9 trillion to the debt by 2026. The actual Affordable Care Act repeal will eliminate more than $1 trillion in revenue that had been acquired through taxes included in the bill in order to maintain a balanced budget.

Finally, Republicans are considering passage of a spending bill in excess of $1 trillion to complete unfinished Cabinet budgets, one that is expected to include allocations for expensive Trump proposals like a wall on the U.S.-Mexican border.

"One of the things that we're focusing on is getting people back to work, is economic growth," House Speaker Paul Ryan said to reporters on Tuesday. "You can't ever balance the budget if you don't get this economy growing."

In 2011, though, Ryan had said, "The country's biggest challenge, domestically speaking, no doubt about it, is a debt crisis."

Some Republicans did care about the deficit, though.

"The presidential campaign, the entire Congress, there really hasn't been discussion of debt, deficits and government spending," said Rep. Mark Sanford, Republican from South Carolina, to ABC News. "And yes, that's a problem."

Progressive columnist and Nobel Prize-winning economist Paul Krugman perhaps best summed up the general dismay with Republican flip-flopping on deficit issues in a column on Monday.

"This sudden turnaround comes as a huge shock to absolutely nobody—at least nobody with any sense," Krugman wrote. "All that posturing about the deficit was obvious flimflam, whose purpose was to hobble a Democratic president, and it was completely predictable that the pretense of being fiscally responsible would be dropped as soon as the GOP regained the White House."