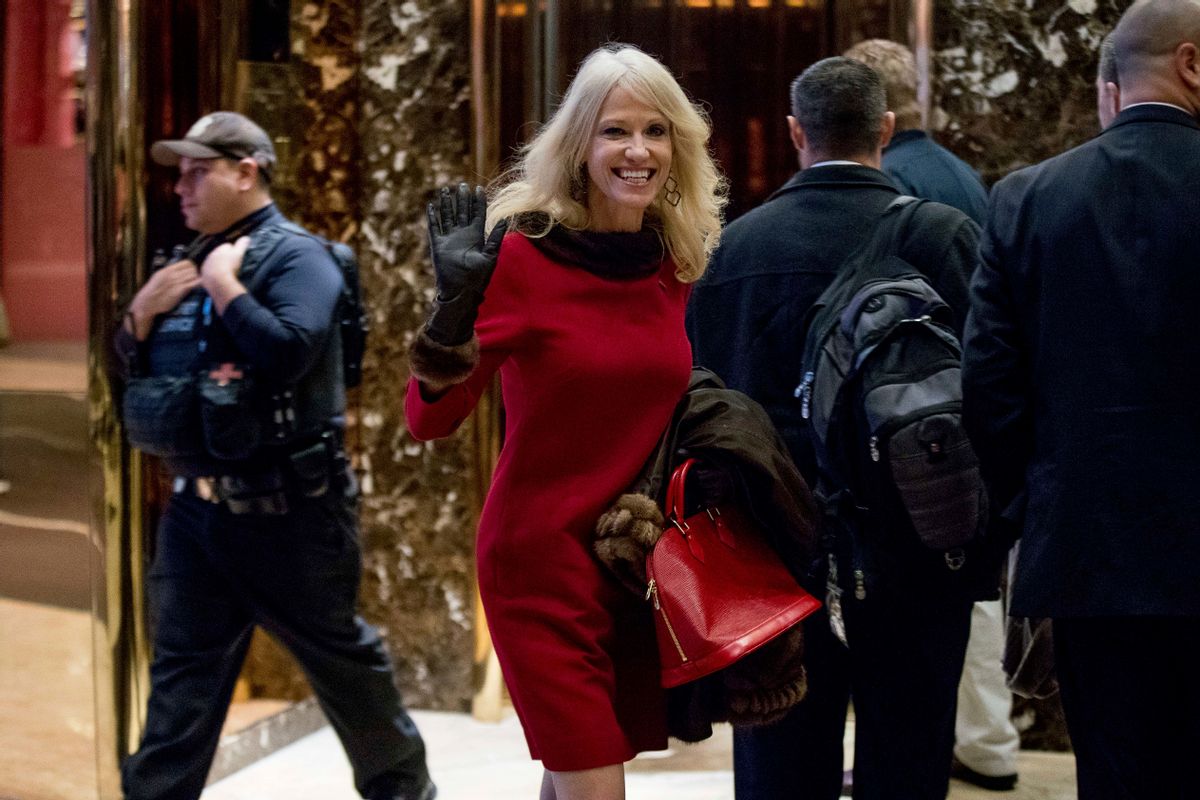 Kellyanne Conway, the incoming White House counselor to President-elect Donald Trump, has dismissed a salacious and unverified report released about Trump on Tuesday as "unsubstantiated, uncorroborated."

"This is a report from the internet, not from the intelligence community; these 35 pages rife with misspellings, completely unverified," Conway told George Stephanopoulos on "Good Morning America" on Wednesday. "I don't even think this is fake news. I think it's just fake. I would take the news word right out of it."

Conway later added that the report was meritless and mere "nonsense from the internet."

She also criticized the leak of a two-page summary that contained information allegedly collected by Russian intelligence that would be compromising for the president-elect. Trump was allegedly shown the summary Friday during his intelligence briefing.

"We now have intelligence officials divulging information that they are sworn not to divulge," Conway said.

Conway's views were echoed by Reince Priebus, chairman of the Republican National Committee and Trump's incoming chief of staff, during a Wednesday appearance on MSNBC's "Morning Joe" with Joe Scarborough.

"The BuzzFeed memo is total complete garbage is what it is," Priebus said. "Look BuzzFeed themselves said it was garbage. The New York Times wouldn't even print the document because it was unverifiable."

Preibus also insisted that, while he had been in the room with Trump during his intelligence briefing on Friday, he had not heard about the charges contained in the memo then.

"I was in the room OK? On Friday," Preibus said. "The first I heard of all of this salacious garbage was when someone printed out this document last night. So it's not like we're sitting around talking about hotel rooms and meetings in Prague for four days now."

Trump himself denounced the report both on Twitter and during a press conference on Wednesday.

I win an election easily, a great "movement" is verified, and crooked opponents try to belittle our victory with FAKE NEWS. A sorry state!

Intelligence agencies should never have allowed this fake news to "leak" into the public. One last shot at me.Are we living in Nazi Germany?

I have never been to Prague in my life. #fakenewspic.twitter.com/CMil9Rha3D

"It’s all fake news. Its phony stuff. It didn’t happen," Trump said during his press conference on Wednesday. "It was gotten by opponents of ours. It was a group of opponents that got together. Sick people and they got together and put that crap together."

Trump also said that he "respected the fact" that Russian dictator Vladimir Putin had come out saying that the report was false and added that he would have been careful about how he behaved in a hotel room, observing that there are "cameras in the strangest places."