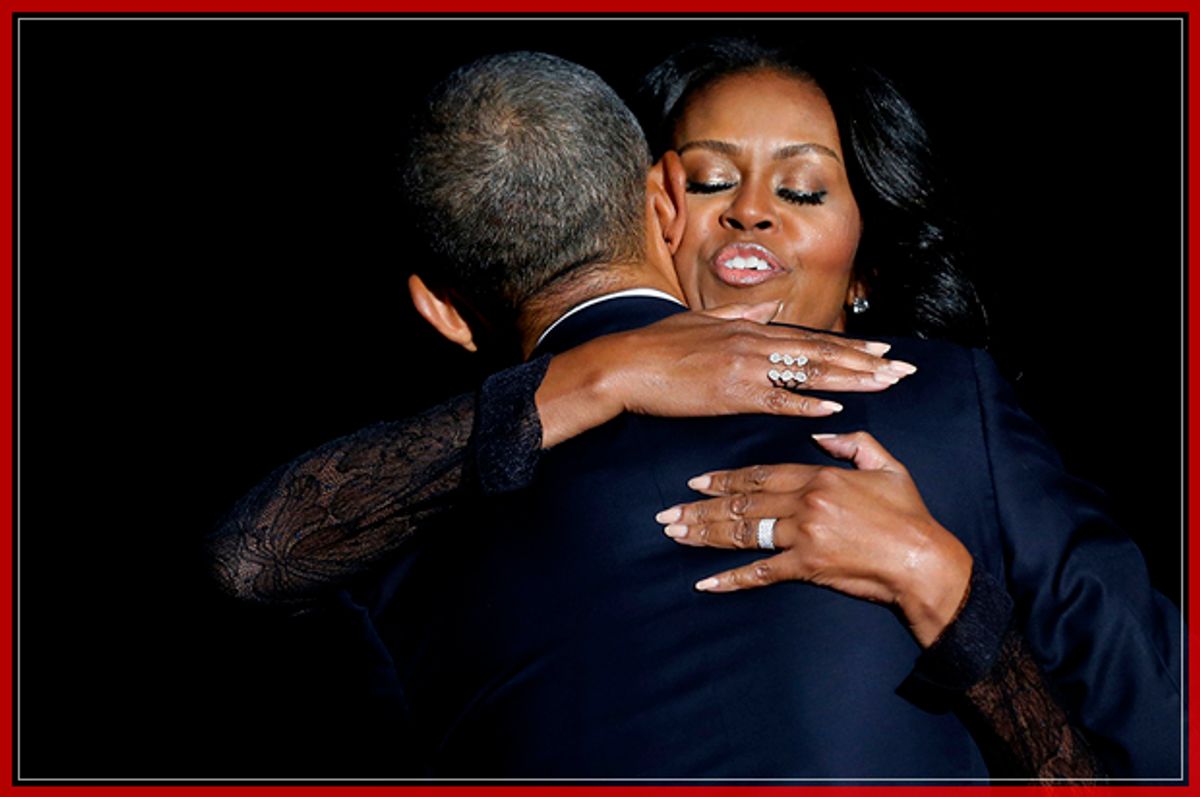 Were there any dry eyes in the crowd or at home when President Barack Obama introduced his wife as "Michelle LaVaughn Robinson, girl of the South Side?" The Obamas have been a national model of equitable, contemporary partnership during their 8 years in the White House, and the forthcoming absence of this kind of model from our cultural conversation will be felt keenly. The president was 100 percent correct when he said "you took on a job you didn't ask for and you made it your own with grace and with grit and with style and good humor." We'll miss you, Michelle, but we're excited to see what you'll do next.

Mulhouse, France   Sebastien Bozon/Getty
A Brazilian three-banded armadillo and her pup pictured at the Mulhouse Zoo For years Obama was criticized for lacking emotion. Yet I think back to the tears he shed after thanking the staffers who worked to help him get reelected in 2012, or his tearing up when discussing the victims of the Sandy Hook Elementary School shooting. Not only is it wrong to keep saying that Obama lacked emotion; he has managed to dispel the stigma against male crying by making it seem dignified and noble, rather than weak. Cleverly costumed protesters from CodePink wait in line to enter the room where former ExxonMobil CEO Rex Tillerson, Donald Trump’s nominee for Secretary of State was to appear for his confirmation hearing before the Senate Foreign Relations committee. But before the questioning even began, the group was removed. Let's hope they didn't get all dressed up for nothing.