The president-elect has declared $315 million in debt, but the actual amount may be five times higher 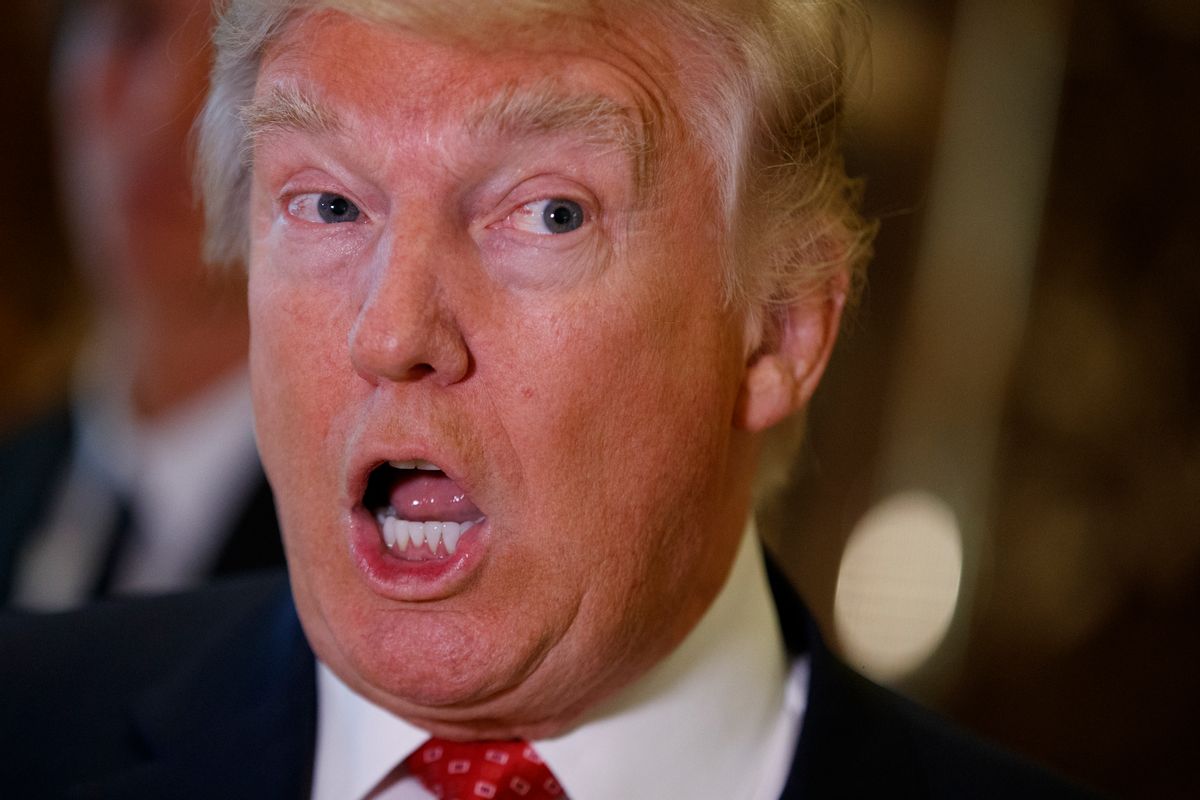 President-elect Donald Trump may have declared that he owes $315 million to 10 separate lenders, but a new report suggests that his debt could be much, much higher.

A new report by The Wall Street Journal suggests that, when businesses in which Trump has at least a 30 percent stake are considered, the president-elect's companies owe roughly $1.5 billion in additional debt to more than 150 institutions. Most of that debt has been repackaged and purchased by investors.

His creditors include Wells Fargo & Co, a bank that is under investigation for fraudulent practices including opening as many as 2 million accounts without the knowledge or consent of their customers. The report claimed that Wells Fargo is the trustee or administration of $282 million of loans to Trump and his companies, as well as a $950 million debt being paid by property partly owned by the president-elect. He also owes money to JPMorgan Chase, BlackRock, Deutsche Bank and Prudential.

"The problem with any of this debt is if something goes wrong, and if there is a situation where the president is suddenly personally beholden or vulnerable to threats from the lenders," said Trevor Potter, a former legal adviser to George H. W. Bush and John McCain, to The Wall Street Journal.

Lawrence Noble, a former lawyer to the Federal Election Commission, echoed these sentiments. "The appearance of potential conflicts is dangerous and seriously exists in this situation."

Concerns about Trump's numerous conflicts of interest have dogged the president-elect since his election on Nov. 8. Despite having businesses and debts spread throughout the world due to the sweep his business empire, Trump has only taken minimal steps to address these concerns.

There are even reports that he has used his political power to bring profit to businesses like his hotel in Washington, D.C.