"We are all in this together": Watch President Obama's moving farewell address 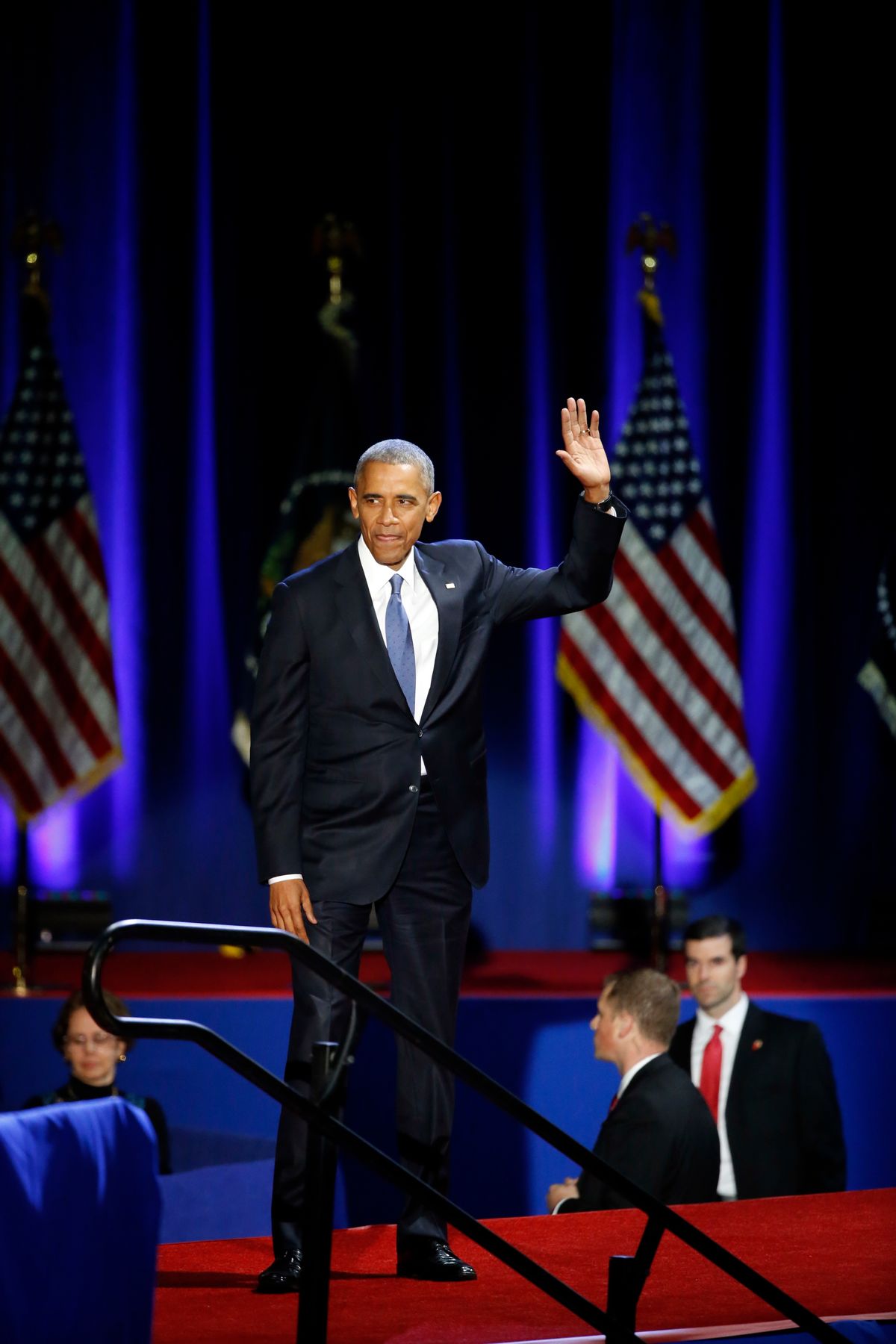 Continuing a tradition that stretches back 220 years, President Barack Obama delivered his farewell address on Tuesday night, telling the country that "change only happens when ordinary people get involved, and they get engaged and they come together to demand it."

Early in the speech, when the crowd began chanting "Four more years," the outgoing president merely replied, "I can't do that."

Obama encouraged his listeners to be "anxious, jealous guardians of our democracy," arguing that they must "embrace the joyous task we've been given to continually try to improve this great nation of ours."

Despite progressive criticism of a Republican-led Congress that seemed bent on obstructing his agenda, Obama argued that "democracy does not require uniformity. Our founders quarreled and compromised, and expected us to do the same. But they knew that democracy does require a basic sense of solidarity -- the idea that for all our outward differences, we are all in this together; that we rise or fall as one."
The president also made a prediction that, in its own indirect way, cast doubt on whether Trump's election victory will be able to withstand the diverse America that is rebelling against it.
"Let me tell you, this generation coming up — unselfish, altruistic, creative, patriotic — I’ve seen you in every corner of the country," Obama said. "You believe in a fair, and just, and inclusive America; you know that constant change has been America’s hallmark, that it’s not something to fear but something to embrace, you are willing to carry this hard work of democracy forward. You’ll soon outnumber any of us, and I believe as a result the future is in good hands."
Obama's farewell address invites comparison to the first farewell address, which was delivered by George Washington in 1796. In it, he warned about the danger of forming political parties, which he argued would be "likely, in the course of time and things, to become potent engines, by which cunning, ambitious, and unprincipled men will be enabled to subvert the power of the people and to usurp for themselves the reins of government, destroying afterwards the very engines which have lifted them to unjust dominion."