Sean Spicer may not like it, but the First Amendment doesn't require journalists to be polite 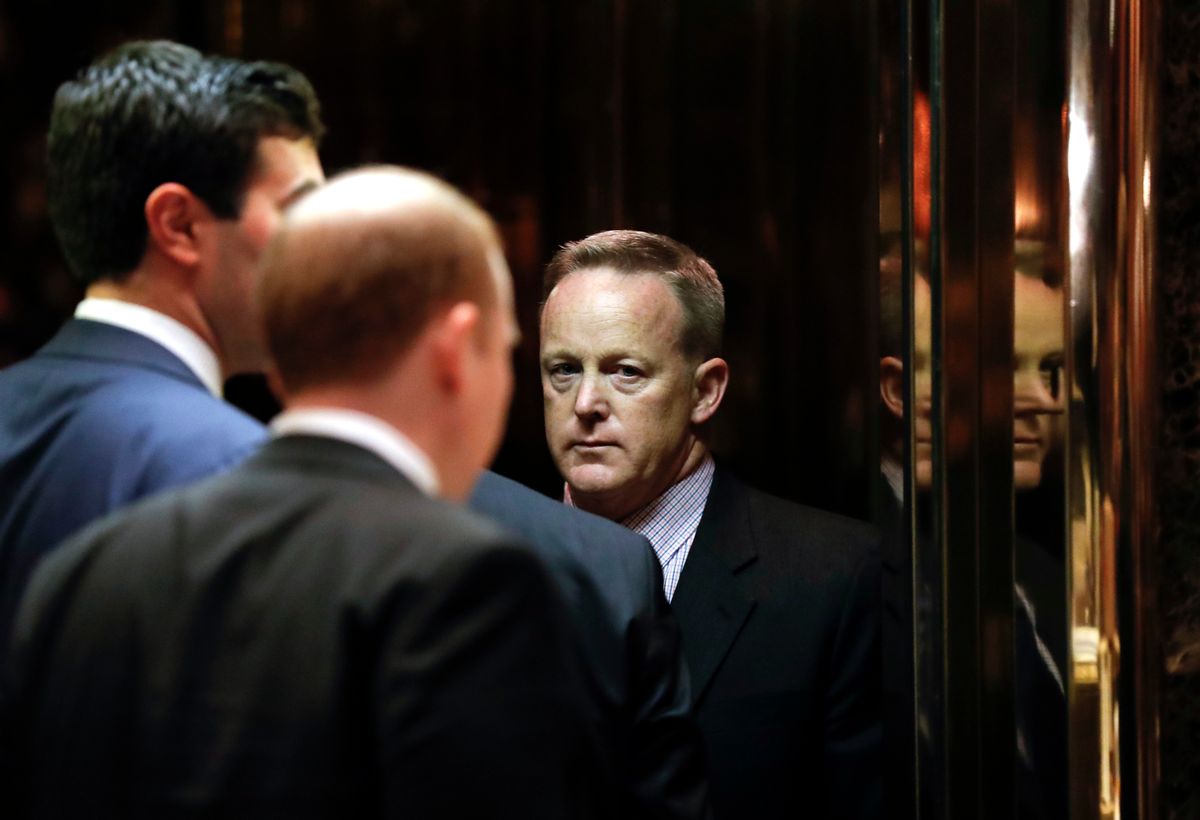 President-elect Donald Trump and his incoming press secretary, Sean Spicer, want journalists to be polite before they can hold power accountable. That seemed to be the underlying rationale behind their decision to threaten CNN's Jim Acosta during Trump's press conference on Wednesday.

Regardless of party, @acosta behavior was rude, inappropriate and disrespectful. He owes @realDonaldTrump and his colleagues an apology https://t.co/LnTkYam8IJ

Your right Chuck, I wasn't quoting the constitution and didn't bring up 1st Amend. Sad you defend this tho https://t.co/DbwBwQBamo

Spicer: I did not say I'd boot Acosta from future press conferences. [25 min later] Spicer: I did say that. pic.twitter.com/zbcVwgouy7

Members of the press shot back at Spicer for trying to keep Acosta from doing his job.

This is really outrageous. It is @CNN who is owed an apology from #POETUS and his team. I support @Acosta https://t.co/YVuZWK158c

spicer " no one deserves to be treated that way and should be removed" he talking about trump or acosta?

I stand w @Acosta - media stands its ground in the face of WH efforts to intimidate. Period. https://t.co/iHPOL0DRmg

We're not a monarchy. Since when are reporters required to be solicitous of politicians or have their notes read by cheering, jeering staff? https://t.co/fJLPWGgOrD

"We're not going anywhere," @Acosta said. "We're going to do our job." https://t.co/xN78VpLk1dpic.twitter.com/DHIT6DLMFg

The flap between Trump and Acosta began after the CNN reporter insisted that Trump answer a follow-up question. The president-elect had just blasted CNN for its decision to report on classified documents that claimed that Trump had been compromised by Russian operatives who possessed explosive personal and financial information about him.

"Mr. President -elect since you are attacking our news organization? Can you give us a chance?" Acosta asked the president-elect.
"Not you," Trump shouted, adding, "Your organization is terrible.  . . . I am not going to give you a question. . . . You are fake news."

"Mr. President-elect that is not appropriate," Acosta replied.

Although Trump did later accept a question from another CNN reporter, Jeremy Diamond, Acosta reported that Spicer approached him and threatened to expel him if he asked the president-elect another question.

"After I asked and . . .  demanded that we have a question, Sean Spicer, the incoming press secretary, did say to me that if I were to do that again I was going to be thrown out of this press conference," Acosta told CNN's Wolf Blitzer and Jake Tapper on Wednesday.