WATCH: Obama WANTS YOU... to run for local office 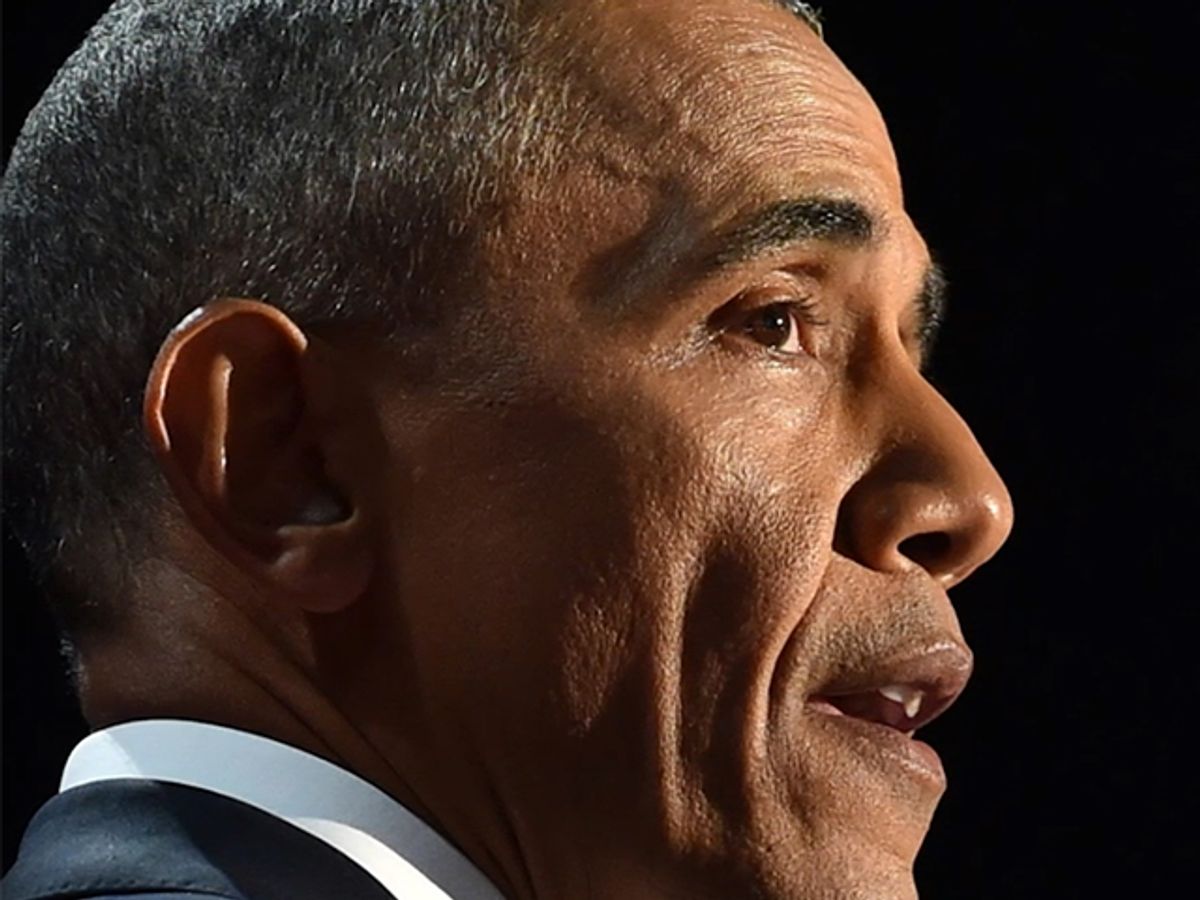 Barack ​Obama’s farewell speech as president​  had many quotable, inspirational ​moment​s. The full speech is worth a watch, but one of the most memorable ​calls to action​ was his plea for more Americans to run for office.

"If something needs fixing, then lace up your shoes and do some organizing," said the ​president to a cheering crowd. "If you’re disappointed by your elected officials, grab a clipboard, get some signatures, and run for office yourself."

Carrie Sheffield, a Salon contributor, discussed the process of running for office with Melissa Jane Kronfeld, who is running for office herself. Kronfeld is the CEO and founder of Party ​f​or ​a​ Purpose, an organization that ​seeks to ​create opportunities for ​political ​engagement.

“We want to lower the barrier to entry into politics,” said Kronfeld.

​ The barriers she mentions range from financial concerns to a lack of motivation.

It can take millions of dollars to run a congressional race and there are many institutional barriers in place.

​Unless we do something to overcome those obstacles, Kronfeld asks, ​ “How can we ever expect the people that really would serve us best to get in?”

Her organization wants to widen the net of who ​can ​run for office, reaching out to​ tech entrepreneurs​ and innovators, a​long with other ​people who don’t usually consider politics.

“Not only [is] the next great generation of leadership not in office yet, perhaps they haven’t even considered it,” said Kronfeld.

Research shows that​ 89 percent of millennials are not interested in running for political office. Why not?

“They find it argumentative and dysfunctional,” according to Jennifer Lawless, a political science professor who researches political ambition.

Kronfeld wants to change t​he​ discourse that politics is inherently​ ugly. She hopes to show that civil-minded campaigns exist, that they can be fun and passionate and even “beautiful.”