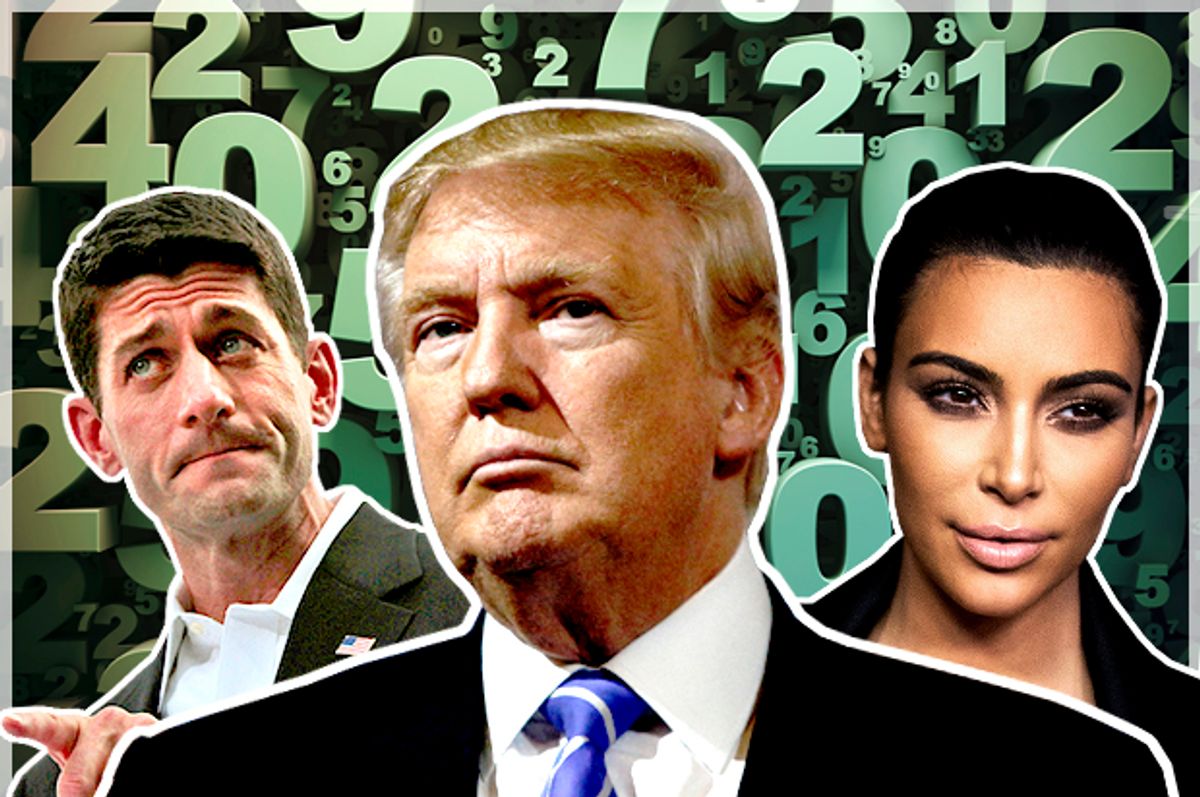 The circus surrounding Donald Trump continues to reach new moments of peak insanity. The most recent, of course, came on Wednesday, amidst Trump’s cabinet confirmation hearings, when the president-elect gave his first press conference since July. In it, the president-elect  refused to answer questions from CNN, calling the channel “fake news”; he sort-of answered a question about a tweet likening America to Nazi Germany; and he denied the existence of videos involving him, Russian prostitutes, and a certain golden sexual fetish. (He’s a germaphobe.)

In America, such days are not without levity (as Twitter will attest), but what levity there is is weighted, nervous, of the gallows. Outside America, in a Dublin bookmaker’s office, such levity is more unbound.

"It's a nice day for Mr. Trump, isn't it?" Paddy Power said with a wry Irish chuckle. Power is the head of marketing for Paddy Power (Paddy’s father, David Power, was among its founders), Ireland’s biggest and most, ahem, adventurous bookmaker. There’s next to nothing for which Paddy Power won’t draw up an odds sheet, be it endangered species’ population decline (in 2011, they gave 13-to-8 odds — meaning that if you bet $8 you could win $13 — that the number of polar bears would dip between 15,000 to 20,000 by 2013) or murder trials (7-to-4 for a guilty verdict in the Oscar Pistorius trial). These markets are as much for publicity as for action -- it projects an irreverent company with a sardonic sense of humor.

Foreign bookmakers likely aren’t expert prognosticators of American politics. After all, Paddy Power was among those left “with some seriously expensive egg” on their face after Hillary Clinton won the election. But at this point, who truly knows what’s on America’s political horizon? In the interest of getting an objective outsider’s take on what’s to come, we asked Paddy Power for a few more political markets.

Wilbur Ross, Trump’s secretary of commerce pick, has previously worked as an American investor and banker, making him one of the most qualified members of Trump’s cabinet for the post he is tasked with heading. Power expects Ross to be the first to leave Trump’s administration.

“Wilbur Ross is purely an age thing,” Power explained. “He’s 79, so we reckon he won't be there for too much longer. Age might get the better of him or he might just retire.”

Kellyanne Conway and Steve Bannon are next most likely to go first, both with 12-to-1 odds. The reasoning behind Conway is simply pragmatic: there’s been high turnover in Trump’s campaign manager position. The Paddy Power bookmakers foresee scandal around Bannon, however. “There will be a storm to be weathered at some point definitely,” Power said of the former Breitbart leader and current Trump strategist, adding that it will probably come “sooner rather than later. I'm not sure what it's going to be, but we’re almost certain there will be one.”

The same logic was applied to the next few names on the list. The way the Senate grilled attorney general nominee Jeff Sessions, about his prosecutorial record with the KKK made Paddy Power nervous. As did former Exxon CEO Rex Tillerson’s connections to Russia. “It's like a James Bond movie,” Power said. “He could be the middleman, the one to take the fall. But 16-to-1's actually pretty good odds on him for that reason.”

As for the rest of Trump’s cabinet picks, Power said,  “This market is a bit of a lick your finger and hold it in the air type of market, because it's guess work really on what could happen. A bit of cynicism as well in terms of what might happen. Nobody really knows anything yet, so it's open book.”

But whoever is first to go is likely to go quickly. Paddy Power give 1-3 odds (a 75 percent likelihood) that one of Trump’s confirmed cabinet members will stand down in 2017. Ultimately, Power thinks the person who leaves first will be the first to upset the Don. “From an outsider looking in, all these cabinet members need to be worried about enraging their great leader, because we know he could fly off the handle pretty easily.”

Donald Trump will likely not be president in 2020

While Donald Trump is more likely to be reelected in 2020 (11-to-10) than an individual member of the field is to defeat him, there’s a high likelihood that Trump will be impeached. Paddy Power gives 8-to-1 odds that Trump won’t make it six months, which is about twice as likely as the odds they laid on Obama not making it through six months back in 2008 — a bet that caused controversy because the press interpreted it as the odds that Obama would be assassinated.

“That's only in his first six months,” Paddy emphasized. “So to happen at any stage in his first term would be much shorter odds, probably 2- or 3-to-1.”

If Trump does get impeached, Mike Pence or Paul Ryan (Pence could go down with Trump as Spiro Agnew did with Nixon in 1974) would gain Trump’s incumbent advantage. So, it makes sense why right now their odds would be next best, each at 7-to-1.

Finding a Democratic challenger is a tough bet, but put your money on Michelle

The most likely Democratic challenger, though, is a bit more puzzling. It’s not a Democratic hotshot like Joe Biden or Elizabeth Warren or Cory Booker. Rather, Paddy Power gives the current First Lady a puncher’s chance of doing what Hillary Clinton couldn’t: becoming the first female president. The odds of Michelle Obama winning the 2020 election are 8-to-1 — which, it’s worth noting, is the same likelihood that Trump will be impeached.

“We just have Michelle Obama up there as a potential candidate because she's so popular,” Power said, before correcting himself. “Or, sorry, she's certainly popular outside of the States anyway. Everyone's like falling over her goodbye speech, and 'What a lady!' and people crying and stuff. Michelle Obama seems to be someone who no one could really be offended by, you know? Towards the end of the presidency she was getting a higher profile — I don't know if that was by design or just by chance — but maybe she was trying to position herself.”

Though Michelle may seem like a longshot to Americans, a lot of Brits are putting their money on her. Following Obama’s farewell address, U.K. bookmaker William Hill brought Michelle’s odds of becoming president in 2020 down from 66-to-1 to 14-to-1, also making her the fourth most likely 2020 contender. Obama has thus far attracted 35 percent of the bets and 20 percent of the money staked on the 2020 election at William Hill.

This past election proved that governing and legislative experience are not prerequisites to being elected to America’s highest office, but Michelle Obama’s lack in these areas probably makes her a bad bet. During a speech this past November she responded to an audience member’s cry to “Run for president!” by laughing and saying “Be quiet back there.” Not exactly a vociferous refusal, but not enough to justify the bet’s low payout.

The highest possible payout, meanwhile, imagines a different woman as president in 2020. Paddy Power gives Kim Kardashian 275-to-1 odds. The prospect would be entirely ridiculous but, you know, it’s not unpresidented — er, unprecedented for a wealthy celebrity narcissist to win the presidency anymore. Trump was among a bettor’s choices in 2012, after all, at 150-to-1. No one took the bet.

Paddy Power gives even money that Russia will be Trump’s first state visit. While a Russia trip is as likely to happen before any other as it is to, such a visit “would be the ultimate two fingers to the world,” Power said.

Paddy’s best bet is impeachment
Powers was offering 8-to-1 odds that Trump will be impeached, adding “I'd have a sneaky $10 on that one.” After Trump held his press conference,  the bookmakers adjusted the line down to 4-to-1. It’s probably still worth the sneaky $1