Michael Flynn, who has connections with Putin, allegedly contacted them when Obama imposed sanctions 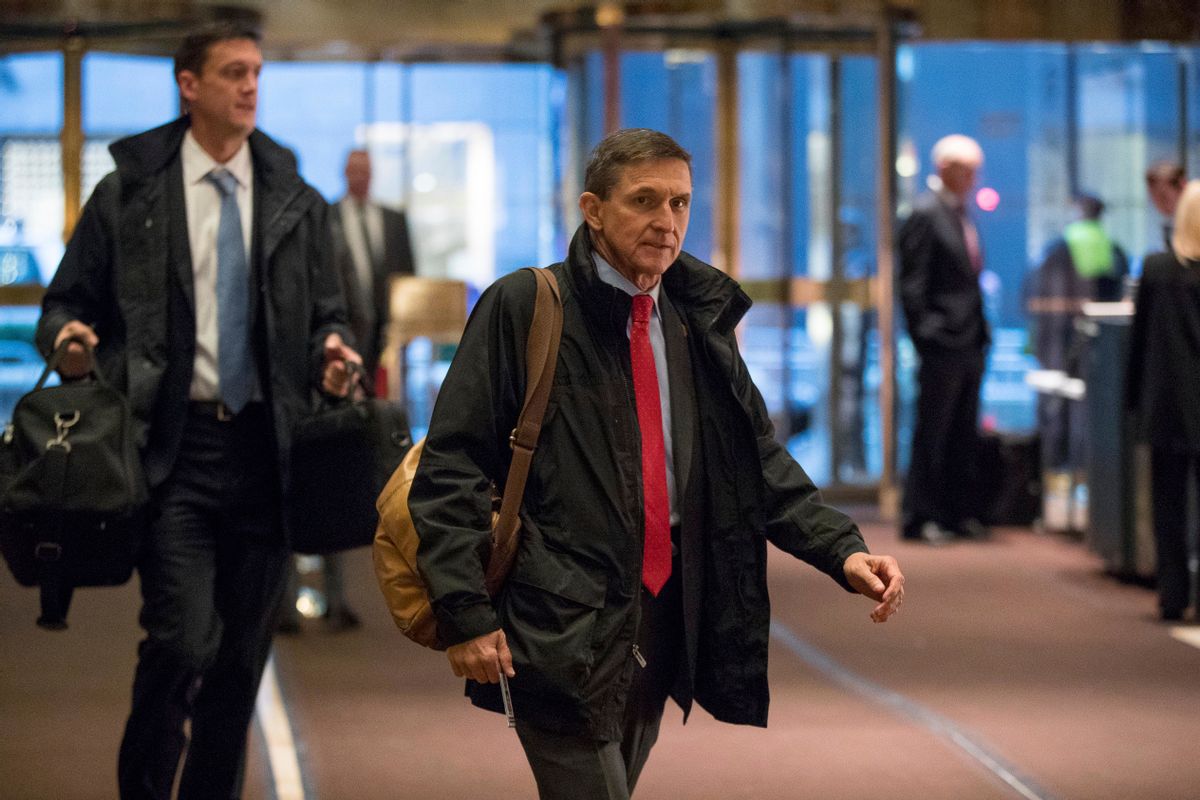 An anonymous official is claiming that retired Lt. Gen. Michael T. Flynn, who will soon serve as national security adviser to President-elect Donald Trump, contacted Russia on the day that President Obama announced sanctions against the country for its alleged hacking of the 2016 presidential election.

Flynn allegedly phoned Russian Ambassador Sergey Kislyak on several occasions on Dec. 29, after President Obama announced the expulsion of 35 Russian officials as well as other sanctions, according to The Washington Post. It's unclear what Flynn said during the call, but it may have played a role in Russian dictator Vladimir Putin deciding not to retaliate in order to wait and see how Trump will handle the situation — a decision that Trump praised on Twitter as "very smart."

Great move on delay (by V. Putin) - I always knew he was very smart!

The Logan Act prohibits U.S. citizens from corresponding with foreign governments in order to resolve "disputes" with the United States, according to The Post.

This isn't the first time that Flynn's connections with the Russian government have raised eyebrows.

He has delivered paid speeches to the Moscow elite, sitting next to Putin during a dinner party, and appearing several times on Russia's state-funded TV network. In addition to Flynn, Trump has other troubling connections to the Russian regime. Trump's secretary of state nominee Rex Tillerson has lobbied opposing sanctions against Russia. His former campaign manager, Paul Manafort, used to work for pro-Putin politicians in Ukraine and successfully weakened a plank in the Republican platform that criticized Russia.