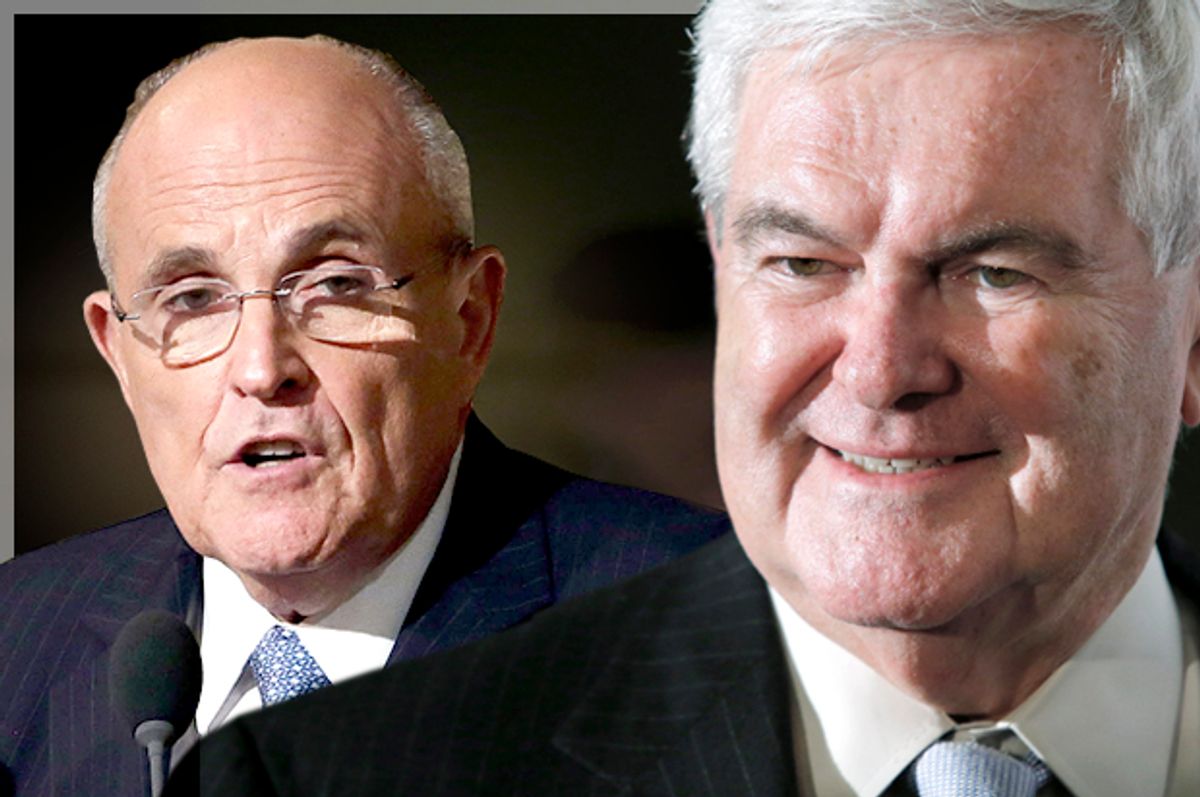 The leak of a 35-page Russian dossier only managed to give President-elect Donald Trump a way out, a miracle lifeboat that allowed him to conflate CNN's damaging reports with BuzzFeed's document dump. With the help of his aides and surrogates, Team Trump successfully confused who reported what and which claims had yet to be refuted — to the point where he felt comfortable on Wednesday lecturing journalists on how they should be doing their jobs.

At his long-awaited press conference, Trump berated CNN reporter Jim Acosta, calling his network "terrible" and saying, "You are fake news." The whole ordeal caused justifiable panic, as commentators suggested Trump was showing his autocratic tendencies. But not everyone was offended by how Trump acted. His surrogates, Rudy Giuliani and Newt Gingrich, praised Trump for his conduct and prayed the press conference signaled a new era for journalism.

"It is refreshing and very good for our democracy that we have a president that is trying to get us back to a free press," Giuliani — Trump's top cyber security advisor, who has a very unsecure website — unironically said on Fox News' "Hannity." The former New York mayor indicated Trump has been justified with the way he has interacted with the press, suggesting the press has wronged him in the past and that the whole industry has been corrupted.

"He's got the courage to fight them back," Giuliani said. "He may actually reestablish journalistic ethics."

Gingrich, not without his own scoldings this cycle directed at the press, told TMZ that Acosta "was an idiot" and therefore Trump was absolved of any wrongdoing.

When asked what will come of CNN's tenuous relationship with the president-elect, Gingrich offered a temporary ban on the Acosta. "I'm hoping Spicer simply will ban Acosta for 60 days. Like hockey were you bench somebody. Acosta needs to be benched for a couple of weeks."