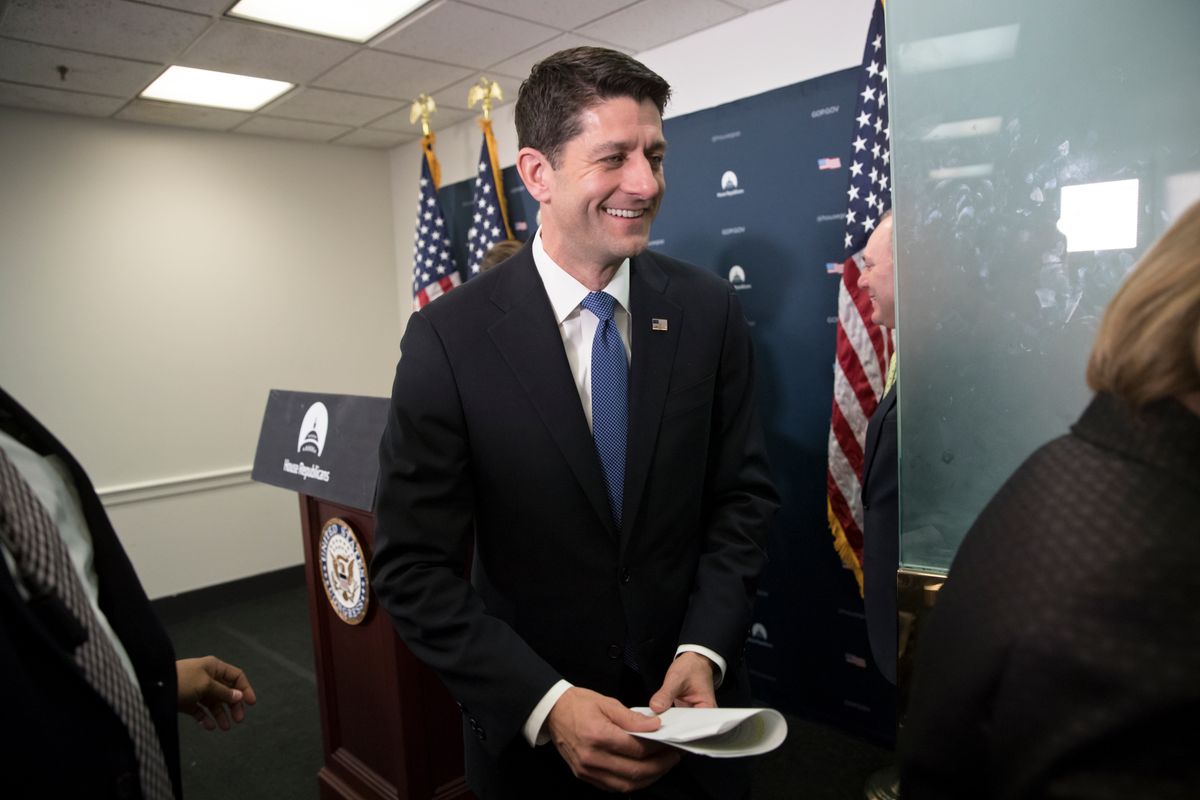 Early in the event, Ryan was asked by a cancer patient named Jeff Jeans — who said he was alive thanks to the Affordable Care Act — how the Republicans could repeal the law without a replacement in place.

"We're working on this as fast as possible," he added, claiming that it would occur within the first 100 days of Donald Trump's presidency. Ryan did, however, concede that "there's a role for the government in health care, no doubt about it" and that "people with pre-existing conditions, no matter how much money they make" should be guaranteed access to insurance.

At another point during the event, Ryan was asked by a woman whose parents brought her to the United States when she was 11 as an undocumented immigrant if he thought she should be deported.

"I can see that you love your daughter and you're a nice person who has a great future ahead of you, and I hope your future's here," Ryan said. He later added that, "What we have to do is figure out how to have a humane solution to this very legitimate, sincere problem, and respect the rule of law."

Paul Ryan town hall: Women ask to help deport illegals and build a wall. Very Next question was from an undocumented immigrant...awkward

Ryan was also willing to put distance between himself and the president-elect when it came to the question of Russia's alleged hacking of the 2016 presidential election. "The fact that a foreign government tried to meddle in another government's election is wrong," Ryan said, criticizing President Obama for not taking stronger actions against the Putin regime. Indeed, Ryan denounced the Russian dictator as someone who "does not share our interests. He frustrates our interests. He violates his neighbors. ... He's not democratic. I really think a lot of the things that he is doing is to try to delegitimize the other democracies so that his illegitimate democracy doesn't look as illegitimate by comparison." The reactions to Ryan's event weren't exactly positive for the speaker.