WATCH: Celebrities sing "I Will Survive" in response to Donald Trump's inauguration

Hollywood celebs sing a song to show they'll beat the Trump years, which they most likely will 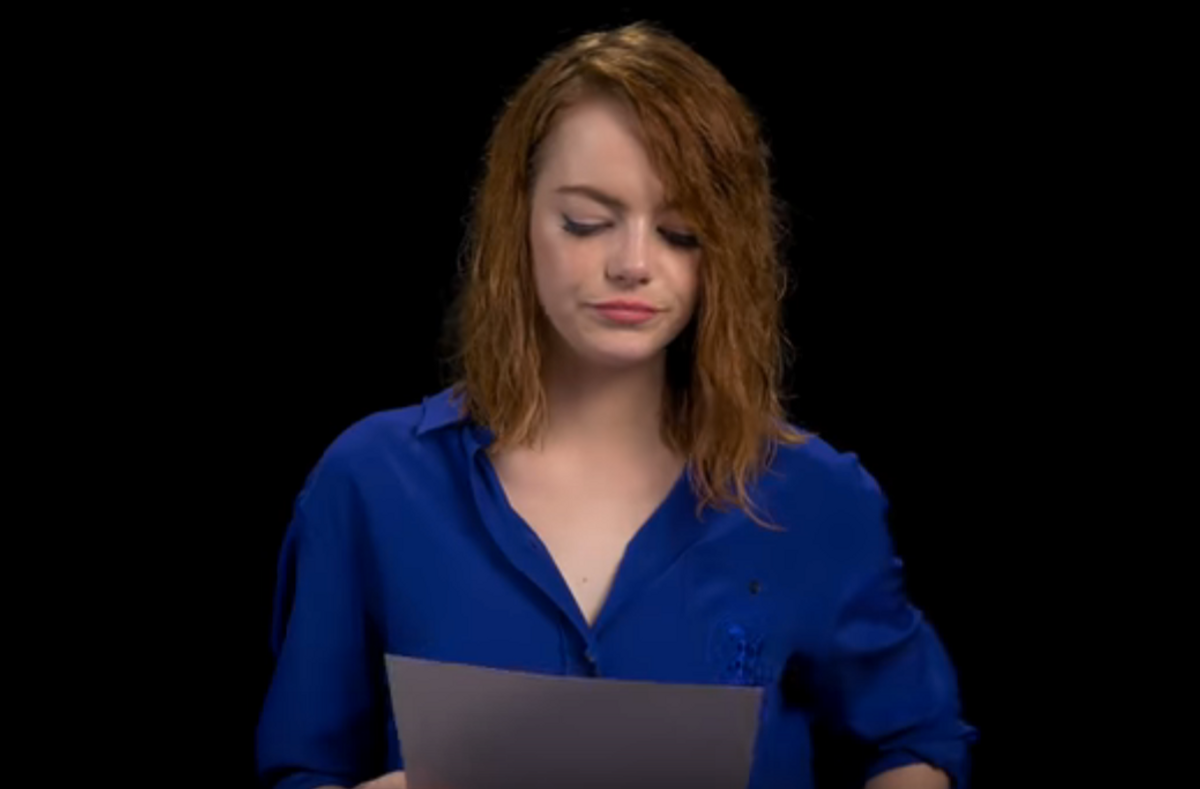 In the run up to Donald Trump's inauguration, a handful of Hollywood celebrities took a stand against the president-elect by singing Gloria Gaynor's "I Will Survive" in a video for W magazine.

Actors Andrew Garfield, Emma Stone and Felicity Jones joined colleagues Natalie Portman, Amy Adams, Taraji P. Henson and others to sing or, in some cases, awkwardly speak-sing a song that they felt would be germane to American life under the upcoming Trump administration.

Their intentions might have been good, but the end result was a sort of tone-deaf singalong that inadvertently affirms criticism that movie stars may indeed be out of touch with regular people.

While Gaynor's disco song preceded the AIDS era  — released in 1978 — it has had remarkable staying power, especially as an anthem in the gay community, throughout the 1980s and '90s, during the HIV/AIDS crisis and its aftermath. The actors in the video were not necessarily disregarding the song's rich history, but they do appear to be embellishing the implication that their own lives could be in jeopardy in the years to come.

A Trump presidency will undoubtedly have an impact on all Americans, but non-wealthy racial and religious minorities, women and members of the LGBTQ community will feel any backlash or brunt of policy before Hollywood's multimillionaire stars do. There is no need to doubt that Emma Stone and Andrew Garfield are not in solidarity with the most vulnerable Americans, but making themselves the face of "I Will Survive" is not exactly empowering anybody who isn't already empowered.

Trump, meanwhile, has reportedly had a difficult time securing RSVPs from the Hollywood elite for his swearing-in ceremony. The former reality TV star claims that he does not even want "so-called A-listers" at his party, which is convenient for the president-elect because it certainly sounds like celebrities like Stone and Garfield don't want to go.