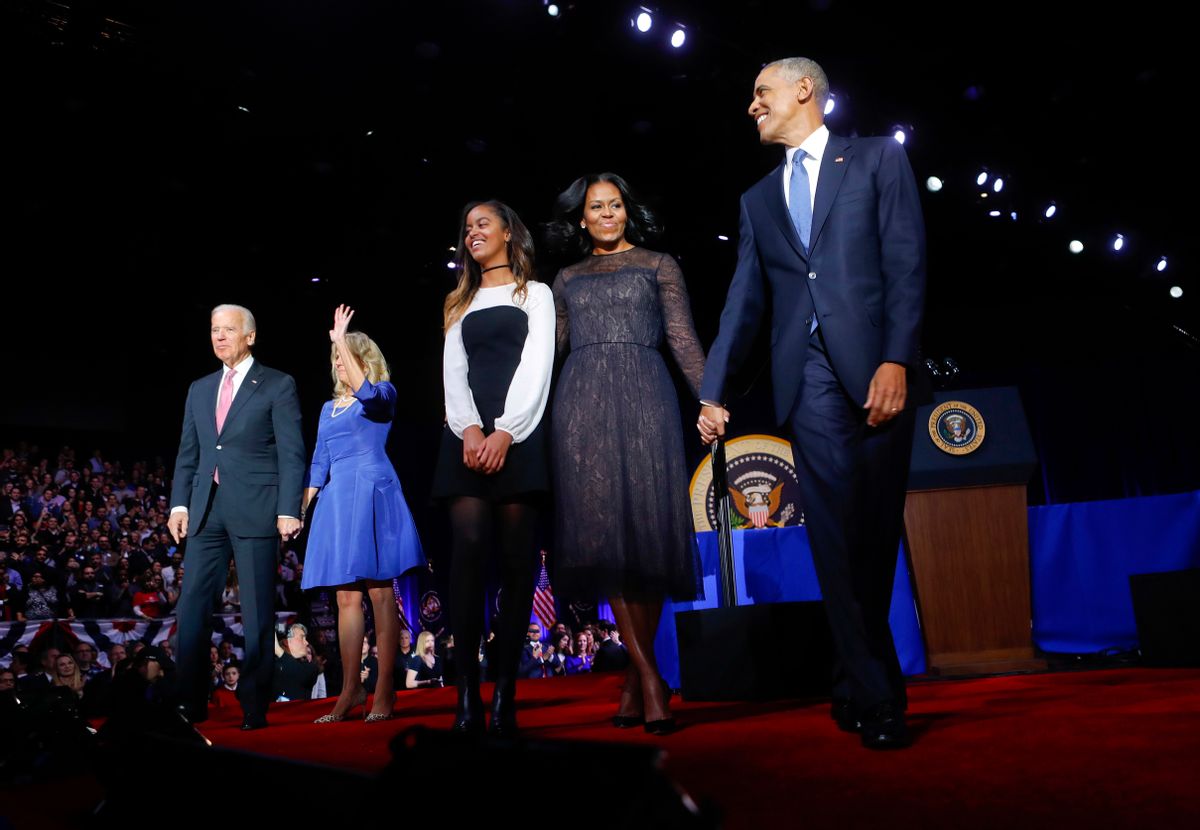 "To know Joe Biden is to know love without pretense, service without self-regard, and to live life fully," President Obama said to the emotional Biden. He referred to the vice president as "my brother" and remarked that "my family is so proud to call ourselves honorary Bidens." The citation with Biden's medal mentioned his "charm, candor, unabashed optimism and deep and abiding patriotism" and his "strength and grace to overcome great personal adversity." It labeled him as one of the most "consequential vice presidents in American history."

President Obama also awarded the medal with distinction, the first time he has done this as president and a distinction previously granted only to former president Ronald Reagan, Pope John Paul II and General Colin Powell.

The distinction apparently surprised Biden, who had been summoned to the White House for what he had believed would be a private farewell.

"Ricchetti, you’re fired," Biden joked to his chief of staff, Steve Ricchetti. "I had no inkling."

Biden praised his commander-in-chief, saying that he had never met a person with "the integrity and the decency and the sense of other people’s needs like you do." He added that Obama had "more than kept your commitment to me by saying you wanted me to help govern" and added that "I can say I was part of a journey of a remarkable man who did remarkable things for this country."

The friendship between Obama and Biden has become the stuff of pop culture legend in recent years, inspiring countless memes in the process. He has also been a very influential vice president, assisting Obama in everything from foreign policy to economic recovery.