Beyond "The Joshua Tree": Here are 10 more big music milestones to celebrate in 2017

There's something for every kind of music fan to wax nostalgic about this year, from "Thriller" to "Sgt. Pepper's" 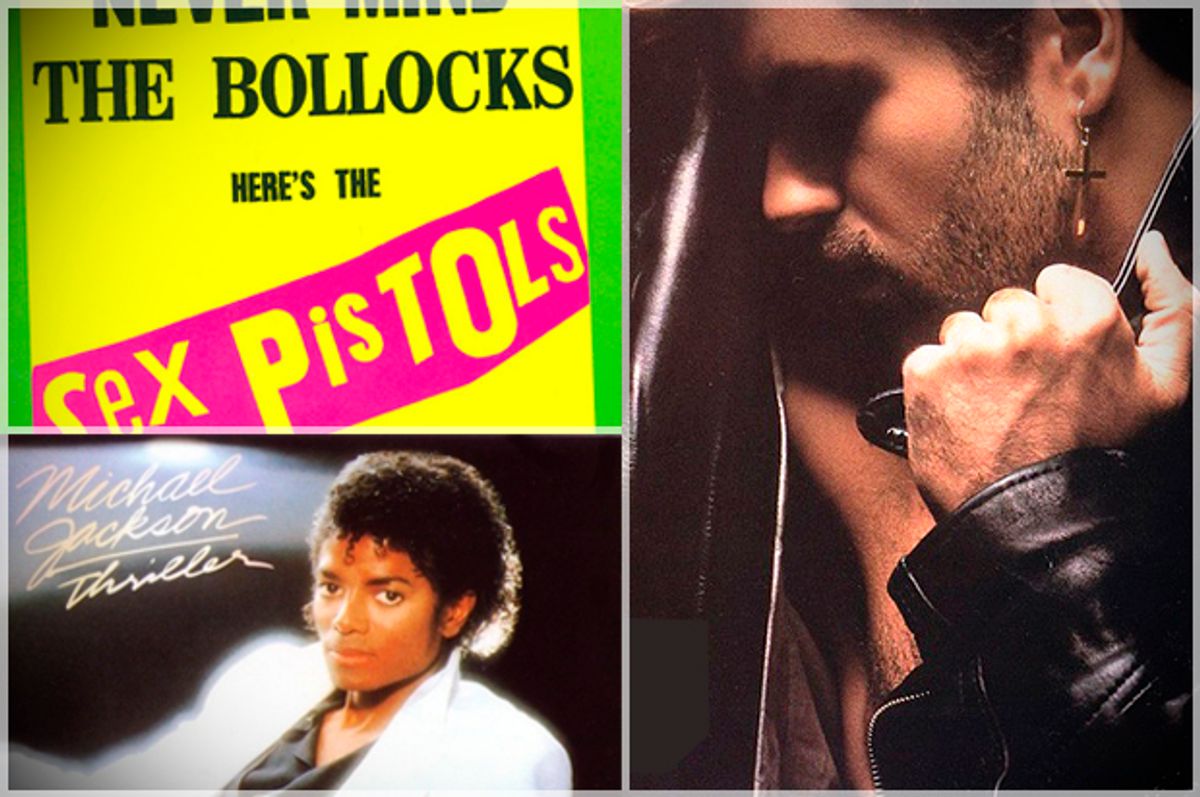 Anniversaries are big business these days, as evidenced by U2's recent announcement of a mammoth global stadium tour marking the release of their beloved 1987 album "The Joshua Tree." The band's large-scale celebration is hardly the only concert tour tied to a milestone birthday, however.

Last week, Foreigner announced a 40th anniversary tour with special guest Cheap Trick. (Fittingly, those two bands also toured together in the late '70s, and the latter also released their self-titled debut album four decades ago.) In the spring, U.K. punk legends the Damned are touring to celebrate the 40th anniversary of their self-titled debut album, while even younger bands are jumping on the nostalgia train: Punk-pop acts Simple Plan and Four Year Strong are embarking on fifteenth and tenth anniversary album tours.

There's nothing inherently wrong with marking notable anniversaries. In fact, the gimmick of playing specific records in full, as U2 plan to do, is the easiest way to sell more concert tickets. However, in recent years, the definition of "notable anniversary" has become rather imprecise. Are decade-old records iconic enough to celebrate? Does every album celebrating a birthday need a deluxe issue (or reissue)? Is an acoustic version of Smash Mouth's debut record, "Fush Yu Mang," really necessary, even if partial proceeds from the sale of the release go to charity?

The big question hovering over all of these endeavors, of course: Is looking backwards and mining past glories taking precedence over forward creative motion?

That's something to wrestle with separately, because it's a thorny question with plenty of nuance. In the meantime, it's worth pointing out that there are plenty of viable and valuable cultural music milestones happening throughout 2017 that are worth investigating and highlighting. Here are 10 such anniversary-related ideas to keep an eye on this year.

Last year, the 50th anniversaries of the Beach Boys' "Pet Sounds," the Beatles' "Revolver" and Bob Dylan's "Blonde on Blonde" received quite a bit of press. 1967 may be even more influential: Not only did the Fab Four release the psych-pop classic "Sgt. Pepper's Lonely Hearts Club Band," but the Rolling Stones countered with both "Between the Buttons" and "Their Satanic Majesties Request." Psychedelic rock came into its own, thanks to efforts such as Jefferson Airplane's "Surrealistic Pillow." And 1967 also saw the release of self-titled debut albums from David Bowie and the Doors, and the first efforts from Leonard Cohen ("Songs of Leonard Cohen"), Pink Floyd ("The Piper at the Gates of Dawn"), Jimi Hendrix Experience ("Are You Experienced?") and the Velvet Underground ("The Velvet Underground & Nico").

Speaking of influential years: Although the Sex Pistols released their debut single, "Anarchy in the U.K.," in 1976, the band unleashed their first and only studio album, "Never Mind the Bollocks, Here's the Sex Pistols," in 1977. That LP had good company: The Clash, the Jam, the Stranglers, the Damned and Elvis Costello also released debut records that year, while Buzzcocks contributed the "Spiral Scratch" EP and Wire released the seminal "Pink Flag." Punk and post-punk would splinter into a variety of subsets and genres in the coming years, but the foundation for this experimentation emerged in 1977.

Sure, "Thriller" has been analyzed and celebrated ad nauseam over the years. However, the record's status as a culture-dominating blockbuster is worth examining, especially coming off several years where music consumption, charts and sales have been revolutionized by streaming platforms. What, if anything, did the success of "Thriller" teach us about how the music landscape evolved and how it looks in 2017? Why did "Thriller" strike a nerve back then — and how has it stood the test of time?

With the recent spate of David Bowie tribute concerts — not to mention George Michael's sudden passing — the massive Freddie Mercury Tribute Concert at Wembley Stadium feels ripe for a remembrance. The 1992 event not only featured a high-profile performance from Michael, but it allowed musical luminaries (Bowie, Robert Plant, Roger Daltrey) and newer stars (Metallica's James Hetfield, Guns N' Roses' Axl Rose and Slash) to illuminate why Mercury was so innovative. The concert also raised seed money for the Mercury Phoenix Trust, a global charity dedicated to funding AIDS-related endeavors and initiatives.

5. The members of ABBA begin recording music together

It's difficult to find band reunions shocking anymore. However, when the members of ABBA performed the song "Me and I" at a private show last year, it marked their first performance together in over three decades. Further news that the group is reportedly collaborating on a 2018 "virtual reality experience" stoked the rumors of a band reactivation — and provides the perfect impetus for a reevaluation of ABBA's music. The group's been out of the public eye for so long that its catalog is overdue for a deep dive beyond the singles. 2017 also marks the 45th anniversary of the quartet's first recordings together, so the timing is perfect.

Most of this year's U2-related analysis will understandably be devoted to "The Joshua Tree." However, 2017 marks the twentieth anniversary of the band's maligned — but deeply misunderstood and underrated — "Pop." A full immersion into the electronic music popular at the time, the record didn't sell particularly well, and marked an end to the band's most experimental decade. However, "Pop" remains one of U2's least-explored records, partly because it's not easily accessible: Only eight of the album's 12 tracks are even available to stream on Spotify.

The second that mainstream entities dug their talons into the so-called underground grunge movement, it became a commodity to be exploited by everything from fashion and advertising to the music industry itself. Over the years, various players from that time have attempted to revise the grunge-related historical revisionism (if not gross misunderstanding) that's codified over the years. Pearl Jam's looming Rock & Roll Hall of Fame induction is the perfect hook for even more myth debunking.

With Nile Rodgers' upcoming induction into the Rock & Roll Hall of Fame, it's the perfect time to re-examine why Chic's 1977 debut album matters from a cultural and musical standpoint. The inventive LP features several seminal songs ("Dance, Dance, Dance (Yowsah, Yowsah, Yowsah)" and "Everybody Dance"), but also pointed disco and dance music in exciting, pioneering new directions. The subsequent disco backlash undermined the respect Chic has received over the years — and although more and more voices are giving disco its due, it's high time that Chic's artistry be elevated and commended.

The pop charts in the last 15 years have been shaped by artists who received their start or break on reality-based music shows. (Whether this has been a good or bad thing is a whole separate ballgame.) Ground zero of this phenomenon is the recently defunct "American Idol," whose first season launched the career of Kelly Clarkson. The show ending already spawned plenty of remembrances, but using its debut as a jumping-off point to praise Clarkson's enduring popularity — and/or explain why audiences still adore these kinds of shows — has plenty of potential.

Michael's career has already been reassessed in the weeks since his death. However, what many consider to be his magnum opus, his solo debut "Faith," was released on Oct. 30, 1987. An examination of what made the music so vibrant, and why this record more than any illuminated his musical genius, would be the greatest testament to Michael's legacy.