Breaking: Greatest living American writer: I warned you a long time ago in Truthfart.com that Donald Trump was a dirty boy

Donald Trump, like a giant orange snail, has left a vast, compromised trail of slime 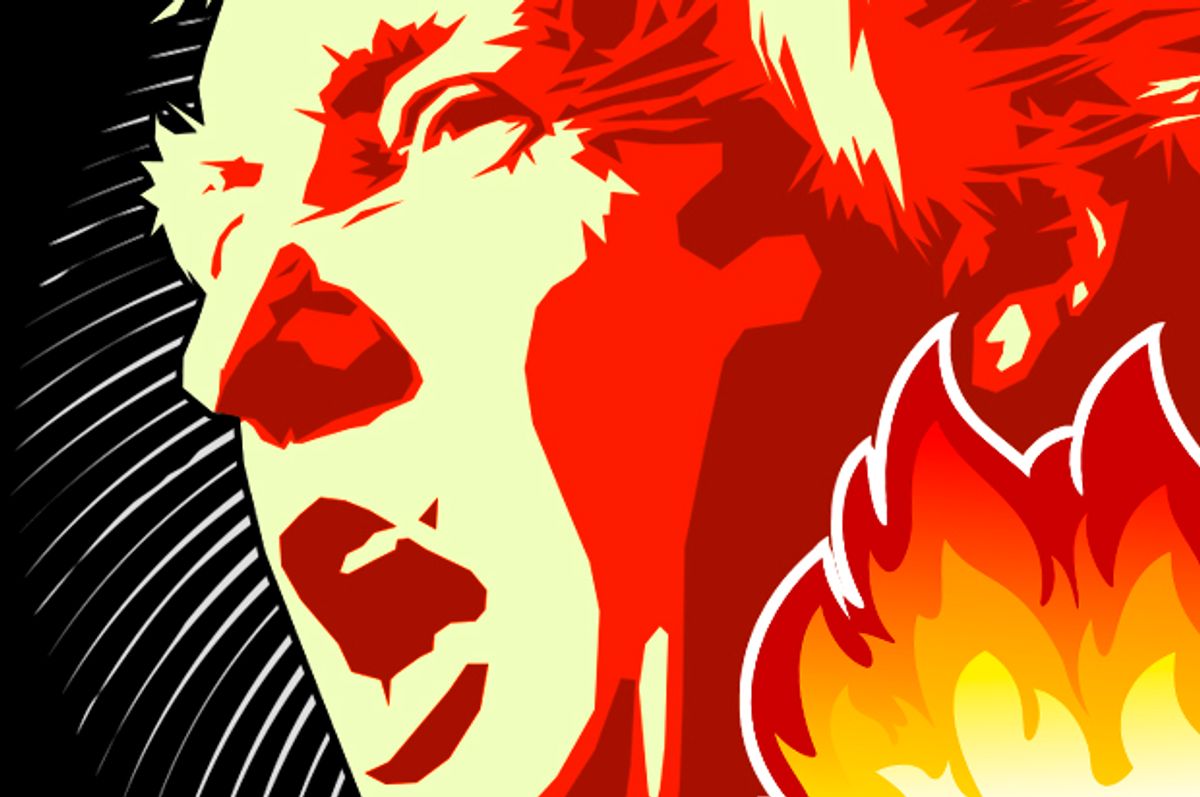 When it comes to uncovering the sexual proclivities of politicians, no one has a stronger journalistic record than I do. I was first aboard the Monkey Business on assignment for Newsweek to bring down Gary Hart, and I hid in John Edwards’ hotel room on Vanity Fair’s dime until that documentary maker popped out from behind the curtain, flinging her wares. In 1993, I published “You Don’t Bring Me Gennifer Flowers,” the definitive book-length account of Bill Clinton’s cocksmanship. I squatted in a Minneapolis bathroom stall for three days, eating nothing but stale Cinnabon until I stumbled upon the secret of Larry Craig’s gloryhole. There are no lengths to which I won’t go, no depths to which I won’t sink, nothing I won’t smell, to get to the bottom of what politicians do with their bottoms. I was bunga-bunga before bunga-bunga was cool.

Now, here we are again, smearing the petri dish of our press with the fluids of our elected leaders. This is nothing new to me. For years, I’ve warned Americans about Donald Trump, dirty boy. I first published a story titled “Trump Paid Russian Hookers to Piss On a Bed Where Tthe Obamas Slept, CIA Says” in my groundbreaking online newsletter, Truthfart.com, back in 2011. After my website shut down because of unspecified cyberattacks from my hosting company, who kept demanding “payment,” I specifically warned every single person at a strip-mall Starbucks in Yorba Linda, California. No one listened. But you all are listening now.

From my many sources in the deep web, the deep state, the dark recesses of the intelligence community and the hidden corners of my encrypted sourcebook, I’ve got the goodies. Donald Trump, like a giant orange snail, has left a vast, compromised trail of slime. I vow to relaunch Truthfart.com as soon as I can afford to buy back the domain name. This is real news; it’s up to you, my readers, to make up your minds about what to do with the information.

In 1997, while he was trying to negotiate building an office tower and golf course in the suburbs of Pyongyang, Donald Trump was the special guest at a “human cockfighting” party thrown by Kim Jong Il. Trump spent the entire evening eating creampuffs fed to him by teenagers wearing skimpy nurse’s outfits and reportedly refused to leave the arena until he witnessed at least a half-dozen human deaths. Kim Jong Il captured the entire evening on video. Since then, Trump has uttered nary a critical word about North Korea. Regrettably, the video was recorded on Betamax and then taped over in favor of the Ross and Rachel marriage episode on "Friends." Yet the rumor lives forever, say my sources at the Federal Bureau of Investigation and also Reddit.

In 2003, while scouting hotel locations in Qatar, Trump called room service from his penthouse hotel suite and requested a “Cleveland Steamer” with a “Buffalo Milkshake,” to be delivered by a “Reverse Cowgirl.” He agreed to pay full price but then gave a fake credit card and stiffed his visitor on the tip. The entire incident was captured on closed-circuit television cameras by a local Emirati, who demanded $20 million from Trump or they would give the video to CNN. Trump reportedly paid, but the video is still out there somewhere, according to the anime fetish board that I sometimes frequent for political purposes.

In 2010, Trump reportedly traveled to Bangkok on a private plane, visited a clandestine night market, purchased two-dozen underaged prostitutes using a bounced check, flew them to the Philippines, forced them to watch him eat McDonald’s, sold them to a prominent pimp who was also a Philippine judge, bought them back at a discount, and then flew them back to Thailand, where he resold them for twice the price. An audiotape of the outing, along with still pictures, was mailed to me by the website Truthinfo.war.edu, where I’m an occasional commenter. But I’m still looking for the P.O. box key so I can retrieve the envelope.

Three years ago, Trump and his attorney Michael Cohen visited the ancient city of Prague to, as Cohen wrote in his secret diary, “slay the golem of American hegemony.” They attended a Satanic blood sacrifice at Cohen’s family’s ancestral synagogue. Even worse, they then attended an Enya concert. Afterwards, they retreated to Trump’s hotel suite, where they beat up a Turkish immigrant and had a three-way with a dwarf hooker because Trump had ordered up someone with small hands. The Russian government videotaped the whole thing, and two years later chopped it up into a series of shareable GIFs, which it threatened to release one a day for a year unless Trump became their patsy. All this information, made available by a former British spy who now lives in terror at an unspecified New Zealand address, will be verifiable as soon as I can find my old laptop, which is in a storage unit in Encino that my ex-girlfriend owns.