The "saddest show on earth" to trumpet no more: without elephants, Ringling Bros. folds after 146 years 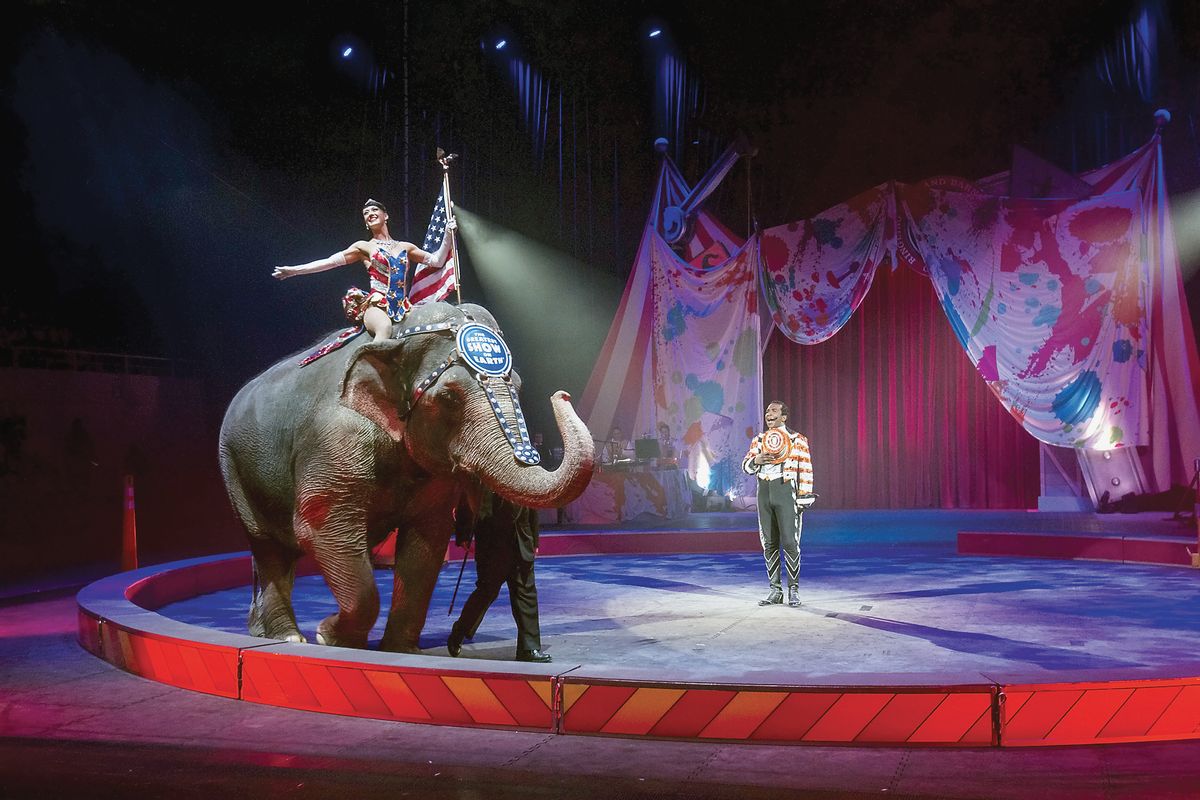 FILE - In this photo taken on Thursday, Feb. 19, 2015, ringmaster Andre McClain, center, holds his hat to his heart as the national anthem is played during the opening of the Ringling Brothers and Barnum & Bailey Circus, at Knoxville Civic Coliseum, Knoxville, Tenn. The circus will phase out the show's iconic elephants from its performances by 2018, telling The Associated Press exclusively on Thursday, March 5, 2015 that growing public concern about how the animals are treated led to the decision. (AP Photo/The Daily Times, Mark A. Large) MANDATORY CREDIT (AP)
--

ELLENTON, Fla. — The Latest on the announcement that the Ringling Bros. and Barnum & Bailey Circus is closing after 146 years (all times local):

Animal rights groups wasted no time in weighing in on the announcement that the Ringling Bros. and Barnum and Bailey Circus is closing in May.

In a statement sent Saturday night, People for the Ethical Treatment of Animals said it "heralds the end of what has been the saddest show on earth for wild animals, and asks all other animal circuses to follow suit, as this is a sign of changing times."

PETA and other groups have long opposed the circus and its performing animals.

Wayne Pacelle, the president and CEO of the Humane Society of the United States, said the circus has changed "a great deal over a century and a half, but not fast enough ... I know this is bittersweet for the Feld family, but I applaud their decision to move away from an institution grounded on inherently inhumane wild animal acts."

The Ringling Bros. and Barnum & Bailey Circus will end "The Greatest Show on Earth" in May, following a 146-year run.

Kenneth Feld, the chairman and CEO of Feld Entertainment, which owns the circus, told The Associated Press declining attendance combined with high operating costs are among the reasons for closing.

Feld said when the company removed the elephants from the shows in May of 2016, ticket sales declined more dramatically than expected.

The company broke the news to circus employees Saturday night after shows in Orlando and Miami.

Ringling Bros. has two touring circuses this season and will perform 30 shows between now and May. The final shows will be in Providence, Rhode Island, on May 7 and in Uniondale, New York, at the Nassau County Coliseum on May 21.