Pete Davidson on Eric Trump putting the lotion in the basket behind the scenes, and other first impressions 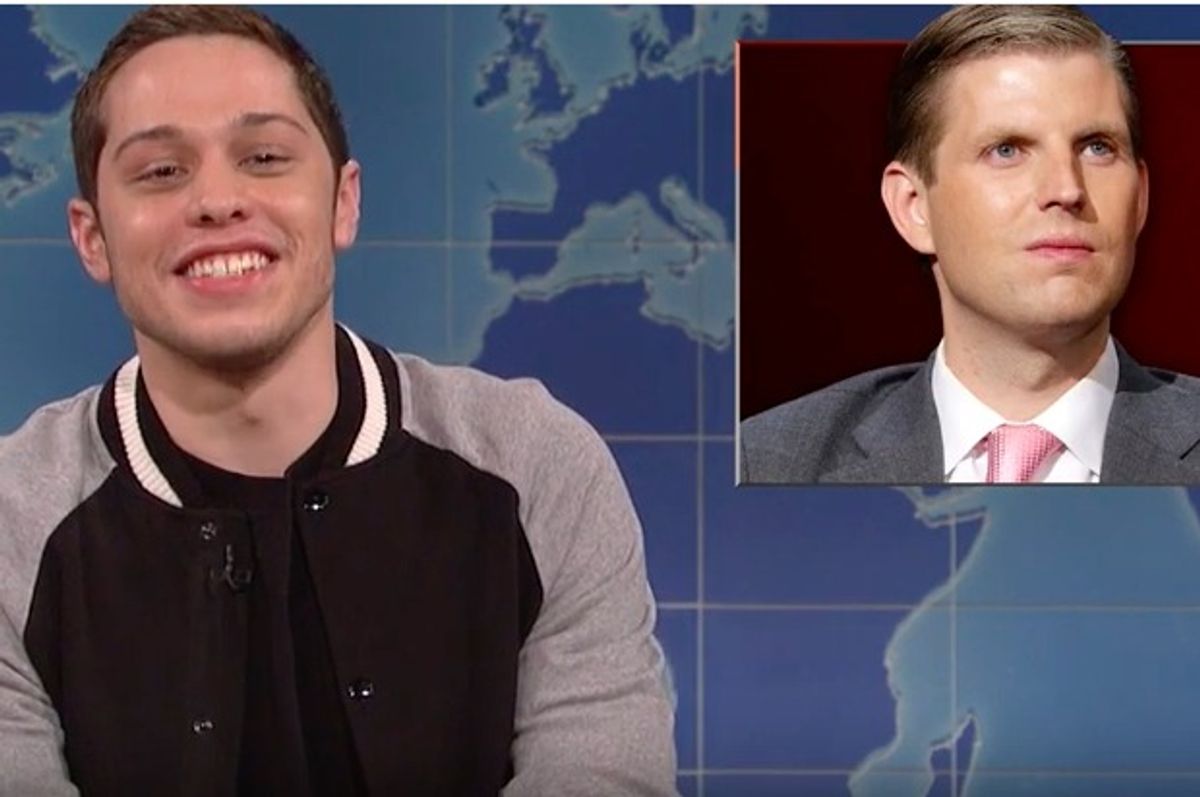 Since last year, Saturday Night Live has had ready-made comedy writing material weekly in the election cycle, and now, with Donald Trump's inauguration upon us, the fun doesn't stop. Instead of penning new skits, the SNL writers simply reply the actual news, which now is scarily funny. Here, Pete Davidson offers his "first impressions" of the new cabinet members, some of who remind him of scary film characters. Eric Trump's hair may be '80s, but "his face says 'put the lotion in the basket!'", a direct reference to the pivotal character in The Silence of the Lambs.

Davidson thinks Jeff Sessions looks like Dobby from Harry Potter, and that Ben Carson is unfit to run HUD solely because he was born in the projects, per Trump. "If you're an expert on wherever you were born, does that mean I could be secretary of the Honda Civic?" Then he added, "Sorry, mom!"

Pulling no punches, Davidson took a shot at Wilbur Ross, likening him to a ventriloquism dummy of Jeff Dunham's. With four more years of Trump, if he makes it that long (check the Vegas line on this), Saturday Night Live will continue to provide comic fodder for comics everywhere.