"Not funny": Donald Trump and his team condemn "Saturday Night Live" and its "mean-spirited" jokes 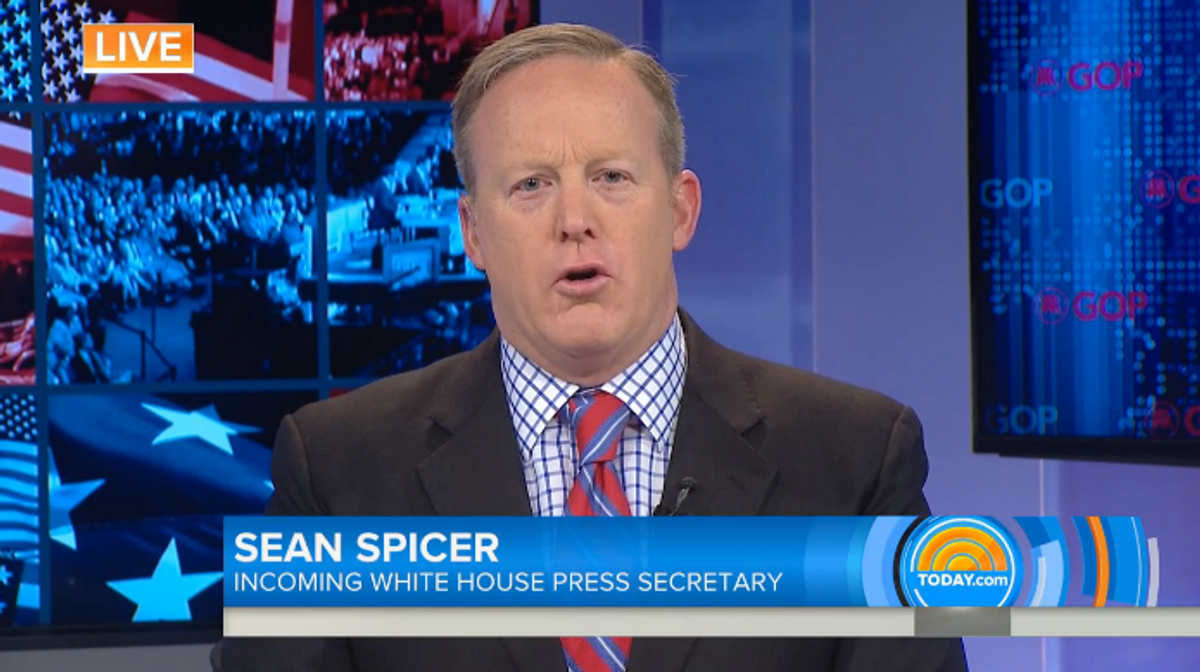 As Americans agonize over the prospect of losing their health care, President-elect Donald Trump and his communications team have been dealing with their own problems. "Saturday Night Live" again teased the former reality TV star this past weekend, lampooning his surreal press conference that covered topics ranging from his conflicts of interests  to alleged Russian connections. Trump, always sensitive to mock and ridicule, tweeted out in response on Sunday that "SNL" was "not funny" and "always a complete hit job."

.@NBCNews is bad but Saturday Night Live is the worst of NBC. Not funny, cast is terrible, always a complete hit job. Really bad television!

Sean Spicer appeared on NBC's "Today Show" Monday morning to echo the sentiments of his boss. The incoming White House Press Secretary expressed complete disgust in the sketch comedy at the close of his interview, calling the award-winning show "mean-spirited" and "bad television."

"What Saturday Night Live did on Saturday was disappointing," Spicer said. "It was not funny. It was mean-spirited. And it's gone from being a show that you can sit back and get a good laugh out of to just something that is mean and bad television."

Complaints from the Trump team over "mean" jokes is a little too hypocritical to ignore. This was a presidential candidate who mocked a disabled reporter, a sitting senator who was a prisoner of war, a gold-star family and an American judge of Mexican heritage.

Trump still hasn't apologized for those comments, which obviously offended other people.