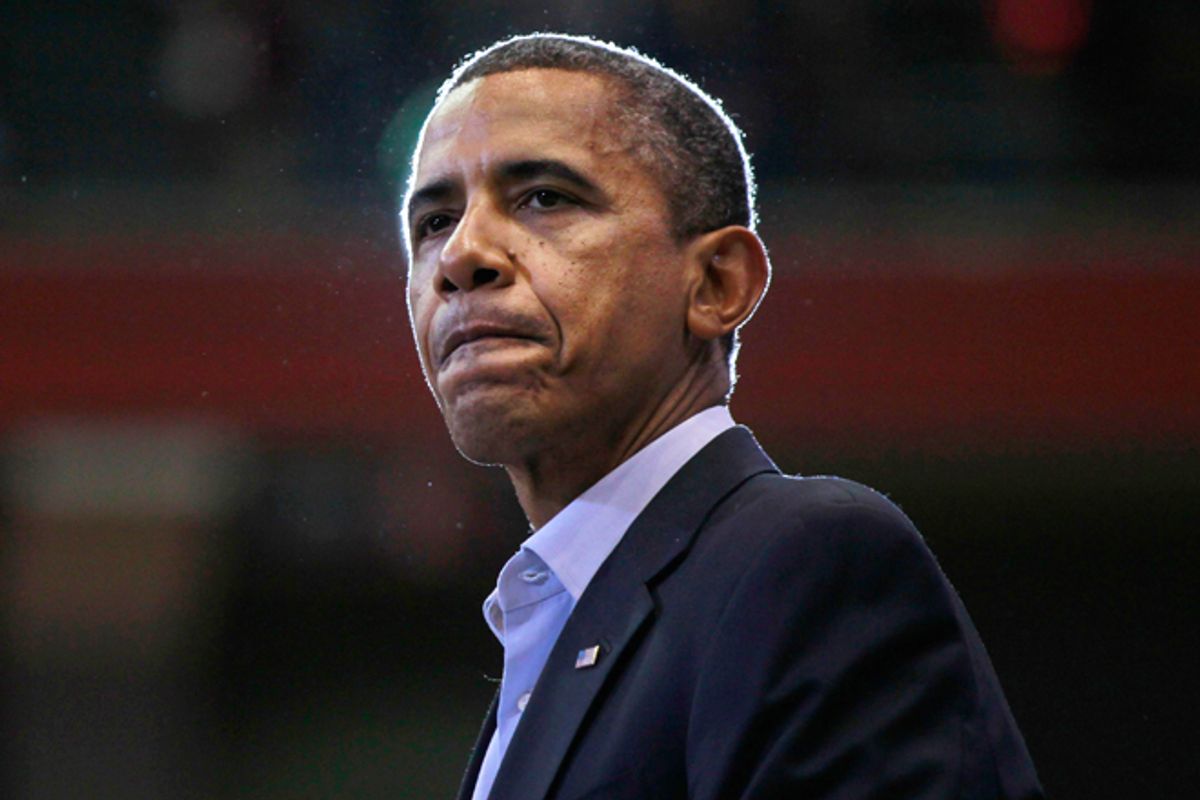 WASHINGTON — The increase of Israeli settlements has "gotten so substantial" that it is inhibiting the possibility for an "effective, contiguous Palestinian state," President Barack Obama said Sunday, in his final interview as president.

Speaking to CBS' "60 Minutes," Obama dismissed the idea that there is a "major rupture" in the relationship between the United States and Israel after last month's decision by the U.S. to abstain from a United Nations vote condemning Israeli settlements.

"Because of our investment in the region, and because we care so deeply about Israel, I think (the U.S.) has a legitimate interest in saying to a friend, 'This is a problem,'" Obama said. "It would have long-term consequences for peace and security in the region, and the United States."

The outgoing president reflected on his legacy and his biggest challenges during his eight years in office during the hourlong interview. A number of his policies — from health care to his contentious relationship with Israel — could be short-lived as President-elect Donald Trump becomes the 45th president later this week and vows to reverse some of those policies.

Trump has been vocal about his disapproval of many of Obama's policies, often voicing his disagreement or engaging in public disputes with the president on Twitter. Most recently, Trump lashed out over hypothetical comments Obama made that he would beat Trump if they ran against each other in a general election.

Over the holidays, Trump accused Obama of throwing up "inflammatory" roadblocks during the transition of power and his administration of treating Israel with "total disdain."

Obama acknowledged it's been an "unusual" transition, adding, "I suspect the president-elect would agree with that."

"We are moving into an era where a lot of people get their information through tweets and soundbites and some headline that comes over their phone," the president said. "There's a power in that. There's also a danger — what generates a headline or stirs up a controversy and gets attention isn't the same as the process required to actually solve the problem."

He warned people not to "underestimate the guy" and urged congressional Republicans and Trump supporters around the country to be sure "that as we go forward, certain norms, certain institutional traditions don't get eroded, because there's a reason they're in place."

With that, he said he's been "disturbed" about intelligence reports over Russia hacking the U.S. election.

"I have been concerned about the degree to which, in some circles, you've seen people suggest that Vladimir Putin has more credibility than the U.S. government," he said. "You're not going to be able to make good decisions without building some relationship of trust between yourself and that community."

Obama also reflected on his approach to the civil war in Syria, as it approaches its sixth year with hundreds of thousands dead and millions displaced around the world.

The president acknowledged that his "red line" declaration about the use of chemical weapons by Syrian President Bashar Assad's government wasn't in his 2012 speech and that he didn't have to use those words. They later prompted harsh criticism, since the U.S. did not follow through on the threat.

"I would have, I think, made a bigger mistake if I had said, 'Eh, chemical weapons. That doesn't really change my calculus,'" he said. "And regardless of how it ended up playing, I think, in the Beltway, what is true is Assad got rid of his chemical weapons."