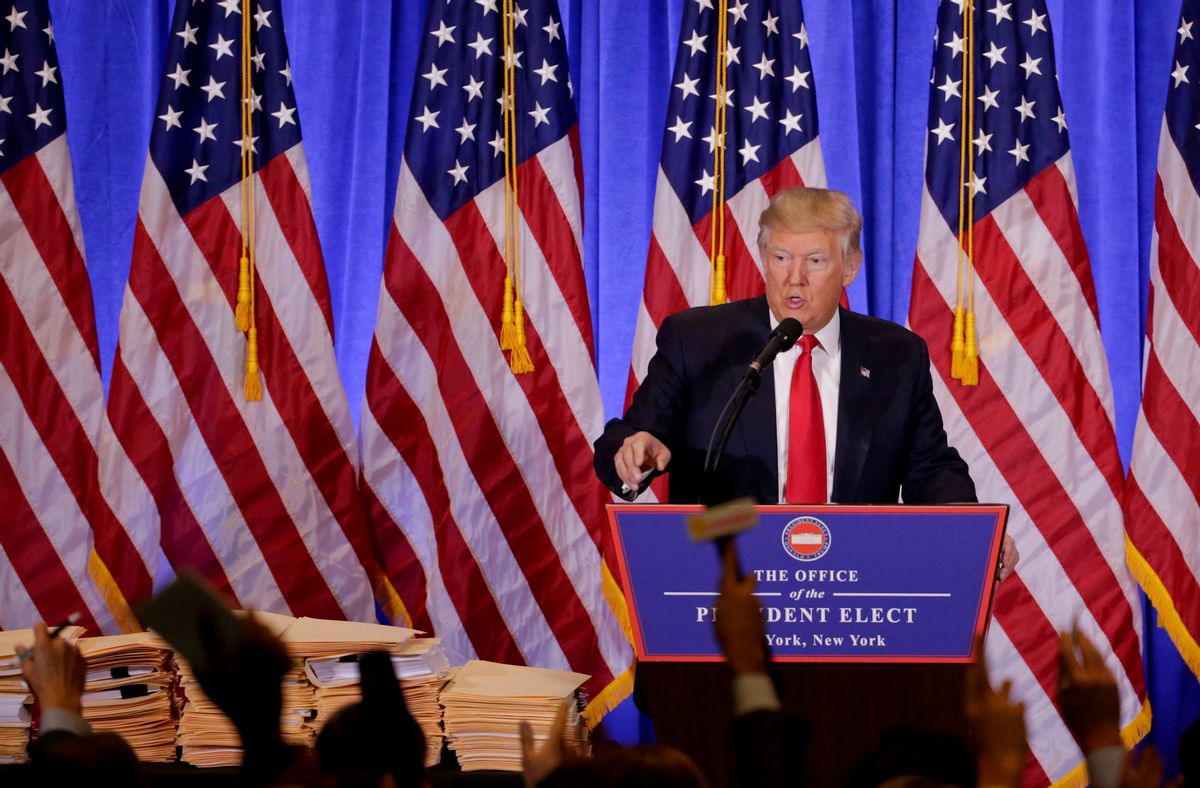 That’s why, according to three senior officials on the transition team, the incoming Trump administration is considering evicting the White House press corps from the press room inside the White House and moving them – and news conferences – to a conference center or to the Old Executive Office Building.

This may sound like a small logistic matter. It’s not. The White House “press room” contains work stations and broadcast booths, and the briefing area for presidential news conferences. Reporters have had workspace at the White House since Teddy Roosevelt was president, in 1901.

But we’re in a new era, the reign of King Trump.

Sean Spicer, Trump’s press secretary, acknowledges “there has been some discussion about how” to move the press out of the White House. Spicer says it’s because the new administration would like a larger room to allow more members of the press to attend press conferences.

Rubbish. It’s because a larger room would allow the administration to fill seats with “alt-right” fringe journalists, rightwing social media, Trump supporters and paid staffers. They’d be there to ask the questions Trump wants to answer, and to jeer at reporters who ask critical questions and applaud Trump’s answers.

The move would allow Trump to play the crowd.

It wasn’t really a press conference at all, and shouldn’t have been characterized as one. It was a fake news conference that took place in a large auditorium.

In the audience were paid staffers who jeered and snickered when reporters asked critical questions, and cheered every time Trump delivered one of his campaign zingers. It could easily have been one of his rallies.

In this carnival atmosphere it was easy for Trump to refuse to answer questions from reporters who have run stories he doesn’t like, and from news outlets that have criticized him.

He slammed CNN for dispensing “fake news,” called Buzzfeed “a pile of garbage,” and sarcastically called the BBC “another beauty.” The audience loved it.

Just as he did in his rallies, Trump continued calling the press “dishonest” – part of his ongoing effort to discredit the press and to reduce public confidence in it.

And he repeatedly lied. But the media in attendance weren’t allowed to follow up or to question him on his lies.

For example, Trump wrongly stated that “the Democratic National Committee was totally open to be hacked. They did a very poor job. … And they tried to hack the Republican National Committee, and they were unable to break through.”

Baloney.FBI Director James B. Comey said there was evidence that Republican National Committee computers were also targeted. The critical difference, according to Comey, was that none of the information obtained from the RNC was leaked. Also, according to Comey, the Russians “got far deeper and wider into the [DNC] than the RNC,” adding that “similar techniques were used in both cases.”

Trump further asserted at his fake news conference that “I have no deals that could happen in Russia, because we’ve stayed away. And I have no loans with Russia.”

Wrong again. Trump repeatedly sought deals in Russia. In a 2008 speech, Donald Trump Jr. said “Russians make up a pretty disproportionate cross-section of a lot of our assets,” and “we see a lot of money pouring in from Russia.”

Trump’s statements at his fake news conference were, and are, big lies. They influence public understanding and opinion about two critically important issues: Did the Russians help Trump win the election, and, if so, why might they have done so?

Which is the danger of evicting the press from the White House and putting press conferences into a large auditorium: Trump won’t be called on his lies, and the White House press corps will lose the leverage they have by being together in one rather small room.

And that’s precisely why Trump wants to evict the press from the White House.

A senior official admitted the move was a reaction to hostile press coverage. The view at the highest reaches of the incoming administration is that the press is the enemy. "They are the opposition party,” said the senior official. “I want ‘em out of the building. We are taking back the press room.”

The incoming Trump administration is intent on neutering the White House press corps. If it happens it will be another step toward neutering our  democracy.