Was Donald Trump ever planning on visiting the African-American museum?

After politicians said they weren't going to his inauguration, Trump pulled one of the oldest tricks in the book 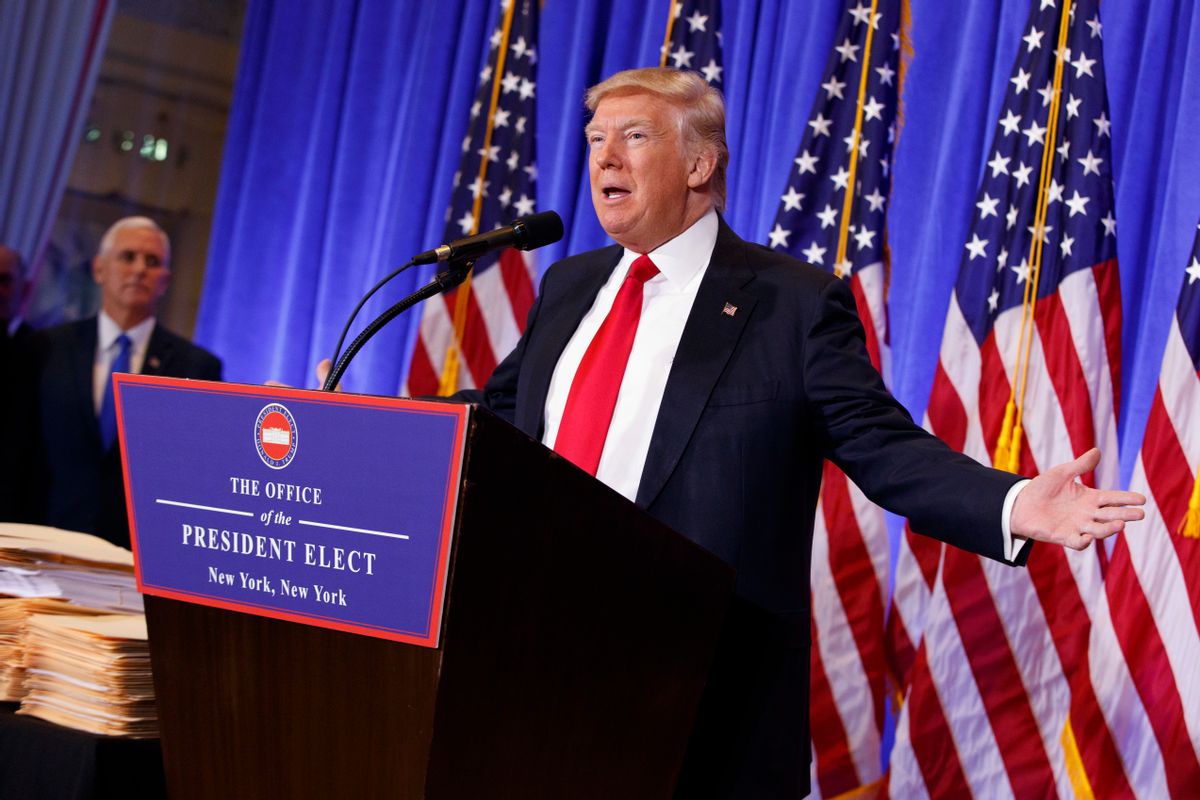 President-elect Donald Trump is facing incredible backlash from Democrats after getting into a prolonged Twitter feud with Democratic Rep. John Lewis after the civil rights legend said that Trump wasn't "a legitimate president."

During his attack, Trump managed to alienate not only a political party, but also an entire ethnic block, insinuating that Lewis' congressional district — which is home to an NFL arena, Coca-Cola and Delta headquarters and numerous colleges — is a pit of violence and crime.

Congressman John Lewis should finally focus on the burning and crime infested inner-cities of the U.S. I can use all the help I can get!

In case anybody wonders what John Lewis' district thinks of him, here's how his picture looks today https://t.co/7LpQv4Wcip

By the way, John Lewis represents a majority-black district where 88% of adults have high school diplomas and 41% have college degrees. pic.twitter.com/R17EmvMn8c

In response to Trump's outrageous assertion, Democrats have been announcing they would not be attending Trump's inauguration on Friday, meaning that Trump's celebrity-free inauguration will be even smaller, and even less star-studded. On Monday, New York Rep. Jerry Nadler said that he won't be attending.

The list of Democratic no-shows is more than 20, and is expected to rise more. Though Trump may say that he's looking forward to a smaller, more intimate inaugural, his comments about not being able to find a dress in Washington may indicate he's hoping Friday's ceremony will be bigger than it will turn out to be.

But faced with negative publicity, Trump did the best damage control he could possibly do.

The Trump campaign responded by saying that they were going to visit the new Smithsonian African American History Museum. But on Sunday, the Trump team told ABC News that "the visit was removed from his calendar due to scheduling issues and was not fully planned out," which may describe the entire operation in a nutshell.

But, as Smithsonian officials told BuzzFeed, a visit was never actually set — and was never on the calendar. "I think the transition team, there was a question about a visit, but it wasn’t set," Smithsonian spokeswoman Linda St. Thomas told BuzzFeed News Saturday.

On Monday, Trump will meet with Martin Luther King III, a community organizer and the eldest son of the civil rights leader.